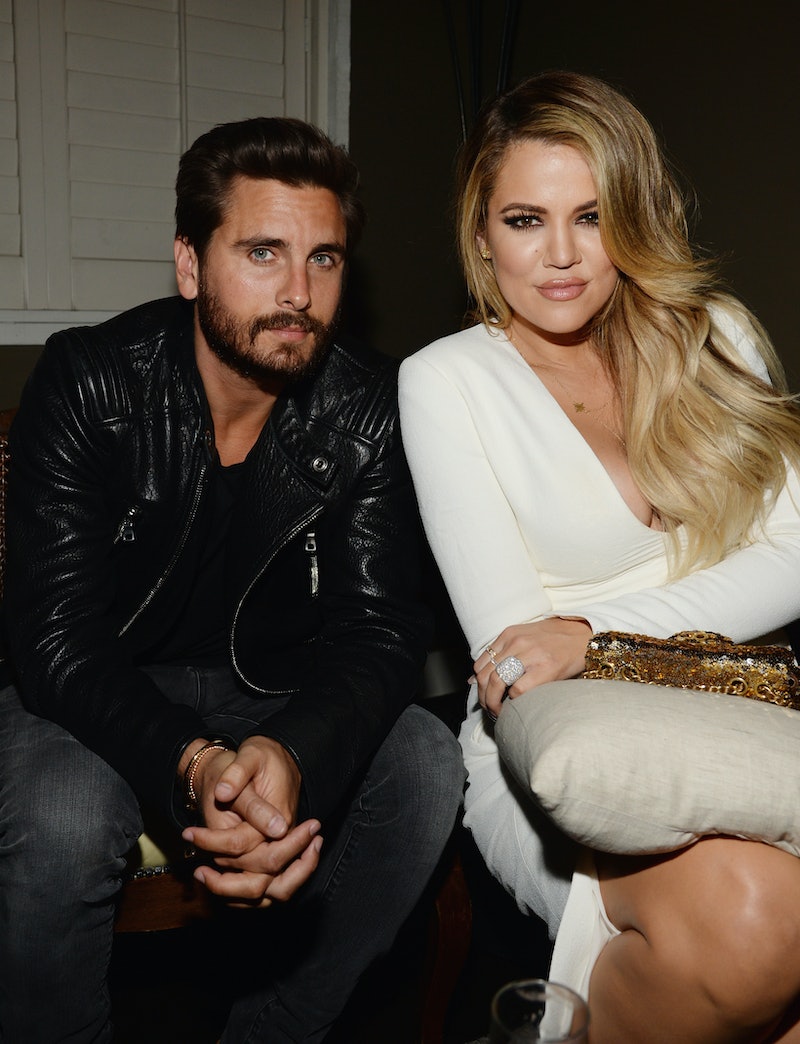 It has been heartbreaking watching Scott Disick and Kourtney Kardashian's relationship crumble on Keeping Up With The Kardashians this season, but this week's episode offered up a scene that was even more difficult to watch. After Scott came to Kourtney's house earlier this season and said he missed his family and wanted Kourtney back, it was clear that his new, single lifestyle wasn't for him. But now, things are getting so much worse. On Sunday's episode, Scott called Khloe crying, and the phone call was seriously scary.

At first, Scott told Khloe he "can't take it" anymore, and she didn't know what to do, so she called Kim, who happened to be at Kris' house with Kris and Kylie at the time. Hearing the call with Scott over speakerphone put everyone in a panic, and Kourtney, who was on vacation in Montana, couldn't be reached. Scott was obviously really upset, and nobody knew what to do or where he was. The family held it together really well, though, and Khloe did the best she could to help Scott, even though it was just over the phone.

"I can't keep doing this without my family," Scott said, before saying that he will never be able to meet anyone "more beautiful" than Kourtney, adding that he still loves her but claiming she doesn't love him anymore.

Fortunately, they were able to figure out that Scott was in New York, so Kris called Scott's friend, Chris Reda, and sent him over to check on him. Chris found Scott pretty depressed but not "messed up" — aka under the influence of any drugs or alcohol — and he mentioned that he'd never seen him like this before.

It's very upsetting to hear Scott this way, and to know that he's struggling so much on his own. But Khloe did an awesome job handling the situation, and with the help of Chris (and Kris), it sounds like they were finally able to get it under control.

Next week, it looks like we'll find out what Kourtney thinks about all of this. Hopefully, no matter what happens between them, Scott is able to find his way out of that dark place he's in. With or without Kourtney, he deserves happiness.