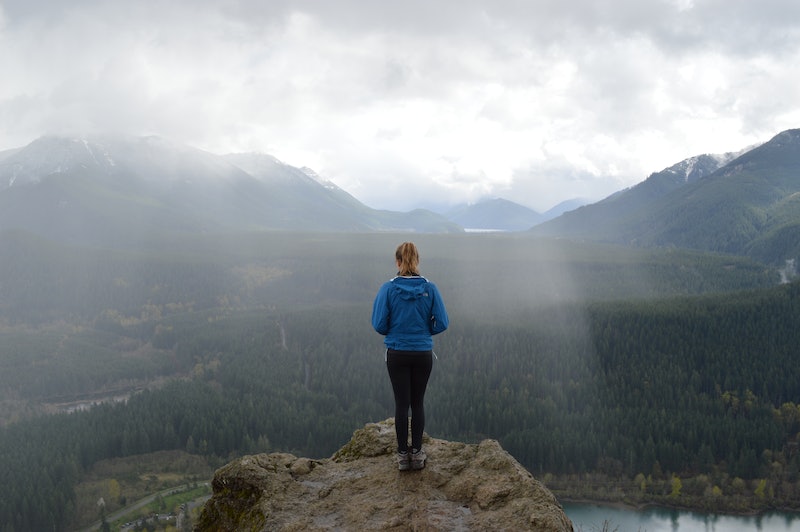 I don’t know about you, but the early days of 2016 have been sloooow going for me. All my resolutions were kind of lame, I haven’t really stuck to them anyway, and a that totally organized, energetic, go-get-‘em lady I planned to be this year still hasn’t shown up yet. But never fear — I’ve found that when I’m in a slump like this, few things motivate me to shake it off and move on more than devouring some totally inspiring memoirs.

Pretty much anyone who’s ever met me knows that I love me a good memoir. I love memoirs of family and memoirs of travel, cooking memoirs, political memoirs, and every memoir ever written by a comedian named Mindy or Amy — the whole nine yards, I’m telling you. But I think the best memoirs prove that you really can overcome anything; and are just maybe inspiring enough to give you that final oomph you need to push through whatever it is you’re dealing with.

So get ready for some major motivation, because the memoirs on this list kind of have it all: they’re totally sad, and a little funny, hugely empowering, and sometimes completely unbelievable. But most of all, they’re 13 memoirs that prove there is nothing you can’t overcome.

Growing up, Judy Batalion lived with a compulsively hoarding mother and a father who largely looked away from her mother’s consuming habits. As an adult, all she wanted was a space of her own in which to establish order: white walls, empty shelves, minimal possessions. But then Judy falls in love, gets married, and starts a family of her own — three major changes that threaten to disrupt her long-coveted order forever. White Walls is a beautiful memoir about being the daughter of a hoarder, becoming a mother, and how to heal through it all.

2. Left to Tell by Immaculee Ilibagiza

If you’ve ever studied the Rwandan genocide, then you’ve probably heard the almost-mythologized tale of seven women who hid together in a bathroom for all 91 days of the campaign of slaughter against Rwanda’s ethnic Tutsis. Immaculee Ilibagiza was one of those women—who was finally freed from hiding only to discover that almost her entire family had been killed during that three-month genocide. Left to Tell is Ilibagiza’s story of astounding survival, incomprehensible loss, and amazing forgiveness.

3. The Arab of the Future by Riad Sattouf

Riad Sattouf grew up somewhere between rural France, Gaddafi's Libya, and Assad's Syria — and not exactly fitting in anywhere. Grappling with a life in constant motion, poverty, parents who couldn’t seem more different from one another, political turmoil, and once the Sattouf’s home being taken over by squatters, Sattouf had to find a way to navigate all of life’s ups and downs. The Arab of the Future is evidence of that journey — a memoir told through cartoon that gives readers insight into what it means to grow up in the Middle East in today’s complicated world.

In December of 2004 a devastating tsunami wracked the coast of Sri Lanka, leaving over 36,000 people dead, including memoirist Sonali Deraniyagala’s parents, husband, and two young sons. Surviving her own personal tragedy against the backdrop of a nation facing its own worst natural disaster in modern times, Deraniyagala began to use her own memories to take her back through a life that was vibrant and beautiful and joyous. Wave is a heart wrenching account of those memories that keep Deraniyagala’s family alive.

5. The Point of Vanishing by Howard Axelrod

As a senior at Harvard, Howard Axelrod lost a portion of his eyesight — shifting not only the way he visually saw the world, but the way he understood himself in it. Five years later, after a stint of ex-pat living and heartbreak, Axelrod moved to a remote home in the woods of Vermont, where he lived for two years with almost no contact with the outside world. The Point of Vanishing is Axelrod’s account of those two years, and how he learned to pay attention, focus on the little things, and see what really matters.

6. Paid For by Rachel Moran

Removed from her troubled family home as a teen, and finding herself homeless at 15, Rachel Moran turned to drug-addiction, prostitution, and isolation to cope with her devastating childhood. Then in her early 20s, Moran reinvented herself again, transforming her life on the street into one in which she rejoined mainstream society and attended a university. Paid For is a memoir of the realities faced by sex workers every day, and what it takes to escape that life forever.

Raised by an abusive, violence-obsessed, Neo-Nazi father, Mark Bouman learned from a young age what it would take to survive his childhood. Consumed by his father’s obsessions, Bouman and his brother grew up playing real-life war games, which were actually great adventures — until they weren’t. Amazingly, The Tank Man’s Son managed to tell a story beyond that of destruction, manipulation, and abuse, and instead explores the limitlessness of forgiveness, reconciliation, and peace.

Alcoholism kind of snuck up on memoirist Sarah Hepola — at least at first. Drunken evenings quickly turned into painful mornings filled with barely-remembered spans of hours that Hepola would have to piece together later; apologizing for offenses she didn’t remember committing and cleaning up messes she couldn’t recall making. Blackout tells the story of one woman’s journey into unexpected sobriety, and the more authentic self she discovered along the way.

9. Without a Map by Meredith Hall

When Meredith Hall found herself pregnant at 16, without the family support she would need to raise a child, she gave her baby up for adoption and hit the road. She then wanders her way through the Middle East, sometime hitchhiking, sometimes walking, and frequently traveling alone entirely. Selling her possessions, most of the clothes off her back, and finally her blood, she manages to survive until she returns to the United States, where her son finds her 21 years later. Without a Map is an unforgettable tale of one woman’s journey on the road, and into herself.

10. I Am Malala by Malala Yousafzai

Already a classic memoir of survival and female strength, I Am Malala tells the story of Nobel Peace Prize-winner Malala Yousafzai, who was shot by the Taliban in Pakistan, on her way home from school. While she almost didn’t survive, her journey to recovery has captured the attention of people all over the world, who can’t help but be inspired by one girl’s commitment to education, peace, and justice.

11. Crazy for the Storm by Norman Ollestad

Norman Ollestad’s father was nothing if not an adventurer — taking his son on all manner of extreme, adventure sporting excursions, from the time he was only 3 years old. Growing up Ollestad experienced a complicated mix of appreciation for their father-son adventures, while also wishing for a dad who would settle for a neighborhood pickup game every once in a while, like the rest of Ollestad’s peers. Crazy for the Storm finds Ollestad at 11 years old, being the only survivor of a plane crash that killed his father. Forced to descend the San Gabriel Mountains alone, Ollestad learned what his father’s adventures really taught him was how to rise above the unconquerable.

At 18 years old Susanna Kaysen was sent to a psychiatric hospital by a therapist she’d only met for a single session. She would live in that hospital for the next two years, surrounded by other young women with histories, traumas, and disorders most people couldn’t even imagine. Girl, Interrupted is the story of Kaysen’s stay in that hospital, the people she met there, and her journey back out into the world.

Need I even mention Cheryl Strayed’s memoir, Wild , here? It’s probably one of the first titles that comes to mind when thinking of memoirs that prove you can survive anything. Well survive anything Stayed did, during her 1,000-plus mile hike along the Pacific Crest Trail in her early 20s. From loss and addiction Strayed walked her way back to herself, proving that getting through anything simply requires taking one step at a time.