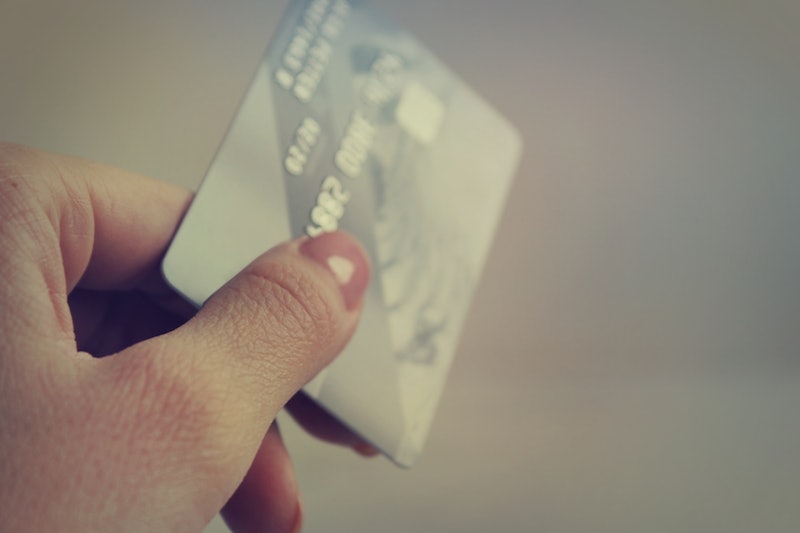 Many people's reluctance to embrace feminism stems both from a failure to acknowledge that we don't live in an equal society right now and from ignorance of how unequal our society was in the recent past. These problems are related: The things women recently couldn't do are still often under debate.

For example, despite the 1973 Roe v Wade ruling, which made it illegal for states to prohibit women from receiving abortions, many laws have been passed since that make getting abortions difficult if not impossible in some areas. 25 states require ultrasounds before ending a pregnancy, and three require women to hear descriptions of their fetuses first. As more and more laws to limit reproductive rights keep popping up, it's easy to wonder if we'll find ourselves back in the pre-Roe v Wade era.

There are many, many other rights we take for granted that were actually won very recently and could be lost again if women and their supporters do not speak up. Until 1993, companies didn't have to provide maternity leave, and many fired (and still do fire) women for being pregnant. And in 1974, women could not own credit cards under their own names. Hillary Clinton herself was denied one.

Although Millennials have grown up with many rights previous generations were denied, we're still extremely conscious of how new so many of those are. But what was it actually like to be denied those rights? Here, 10 people share their stories.

"I remember vividly going to Macy's with my mom — it had to be around 1975 — and my mom decided to open a charge account. We went to this little office, where she was given paperwork to fill out and was told my father needed to sign to OK it. She was pissed, but at this time, they blamed her lack of credit history. So she got it done, and when the credit card came in, it was in my father's name. They wouldn't change it, so she canceled the card. Mind, at this point, she'd been working for about five years, had her name on the mortgage payment (my dad did insist on that one with the bank, she told me), and still wasn't considered credit-worthy.

"In 1978, my mom decided to buy herself a car. Again, she'd been gainfully employed eight years and managed to get a couple of department credit cards in her name. I was not with her, but I remember her fury when she got home. She was paying half of the car in cash (at that time, the brand new car was $3,500) and wanted to finance the other half. They told her she would have to come back with her husband and he would have to sign for her. I remember my dad herding us all into his car and stomping into the dealership office. I didn't hear what was said, but my mom walked out of there with her car loan, in her name, and without my dad's signature."

"I worked as a cashier for a small grocer. I'd had trouble with dizzy spells and severe nausea. I was able to hold it together, and no one knew until my fourth month. I was checking someone out when a dizzy spell hit. I said 'excuse me' and sat on the floor for a second, still checking the woman out. One of my male coworkers ran for the boss, and I was sent home for the day. He later sent over one of my female coworkers to tell me that 'it was best that I not come back.'

"There was nothing else wrong with my performance other than that I was pregnant. I ask my coworker if that was the case and she said 'probably.' I didn't press it further. We were poor and had a baby on the way. There wasn't anything we could do."

"I was denied a job in 1970 because I was newly pregnant. They actually had a question on the application regarding the date of your last menstrual period. Also, with my second child in 1974, they were not required to hold your position while you were on maternity leave, and I was told that my job was no longer open and I had to file for unemployment."

"In high school, instead of encouraging further education, I was told I'd make a great secretary! In college, I went to school on national defense education loans until they discovered I was pregnant. Then, loans mysteriously went away. Next year, not pregnant, loans magically reappeared. After graduating, I was substitute teaching until they noticed again I was showing, and no more calls. Also, women were not allowed to wear pants to teach until a couple of years after I started. Then, it had to be a three-piece set."

"In the late '70s, I worked in an electronics assembly department for a major corporation. The women sitting near me on the assembly line told tales of having to hide their pregnancies at previous jobs or they would be fired. They would wear loose clothing as long as they could get away with it and lied to their supervisors if directly asked about being pregnant. The women were hard workers, and their income was integral to the financial security of their families.

"They told stories of their (always male) supervisors harassing them and belittling them and making explicit comments of a sexual nature, and the women had no recourse because they knew they would be fired if their 'condition' became known. They put up with a lot in order to keep their jobs as long as possible. They talked about being protected and 'covered' for by other women co-workers in on their secret, and also the occasional nasty co-worker who would expose them in the interest of moving 'up' into the soon-to-be-open position on the line.

"Years later (1989), I was interviewed for my current position as a Fire Department Alarm Operator, a job typically performed by men. The Chief at the time handed me an application to complete that included questions about frequency, duration, and possible impairment during my menstrual cycle. He also directly asked me about my ability to work while raising a child. I had a 1-year-old daughter at home. My husband was already employed as a firefighter for the same department. I know he was not asked any parenting questions when he was hired. I refused to answer the questions, stating that they were illegal. Ironically, within my first year on the job, we adopted another daughter, and I became the first person on the department to have maternity leave."

"In the '30s, my grandmother went to Marshal Fields in downtown Chicago to buy a vacuum cleaner. Unknown to her, they called her husband to make sure she had his permission. When she got home and he casually mentioned it, she was steamed and did not go back for years. It was also the 1980s before my mother, who is 82 and lived in San Francisco all her adult life, first wore pants (jeans) on an airplane. Before that, it was always skirts and dresses."

"I still remember the first day that I was allowed as a girl to wear pants to school, when I was a 14-year-old freshman at a public high school in 1969. Until that time, girls had to wear dresses or skirts to school. Not kidding! We also had no opportunities to play on sports teams of any kind, beyond being cheerleaders, which is not the same thing.

"The boys took shop and learned to use tools to make things and fix stuff. We girls took home economics and learned to sew and cook casseroles for the boys!"

"We had little in the way of sports for girls. Title Nine became law in January 1972, just six months before I graduated high school. So I didn't get the benefit of it. It established a legal right to equality in availability of access to sports for women. As an athletic girl, I felt somewhat cheated."

"I didn't know antibiotics nulled the birth control, so I got pregnant. There was no hesitation on my part. He was leaving for a summer internship out of town. I scheduled the abortion the week after he left.

"My insurance company told me they would not cover the surgery because I was not married. And if I was, I'd need my husband's approval. I was dumbfounded. I called the clinic and was told they had a reduced rate for women who had to pay out of pocket. They charged me $150. The insurance company charge was $500.

"The doctor gathered us all together and gave us a lecture on responsibility and shamed us, saying he never wanted to see us again. He made eye contact with one woman and said, 'You are a doctor. You KNOW better.'"

"When I married in 1972, the law would not allow me to retain my birth surname, and hyphenated names were unheard of, so I had to take my husband's last name. I couldn't have my own insurance policy through my employer without listing my husband's policy first, even though I wasn't covered on his policy. The notion of equal pay for equal work was a pipe dream. Sexual harassment and sexual encounters with bosses was quid pro quo for workplace advancement.

"It's been a long four decades since then, and sometimes I feel almost nothing has changed. Woman are still required to work harder than men to get ahead. Women are still the primary caregivers for children even though they may have an equally demanding full-time job as their husbands. Women are more impacted by the sandwich generation, in which the woman is usually the primary contact and caretaker of an aging parent, and on and on an on."