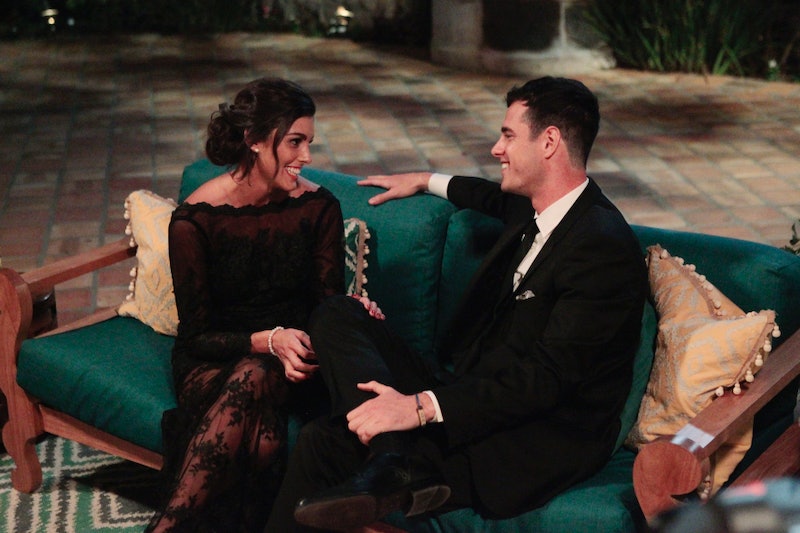 For the first two weeks of Season 20, Lace Morris was The Bachelor's resident villain. She was demanding when it came to Ben Higgins' eye-contact, and she got a wee bit too drunk at the first rose ceremony. But, through it all, she seemed invested in Ben and their journey. That’s why it was shocking when, in Week 3, Lace left The Bachelor competition telling Ben that she needed to work on herself before she could dedicate time to a relationship. Following that episode of The Bachelor, Lace echoed a similar sentiment to Chris Harrison on Bachelor Live.

Referencing an incident where she saw Ben and Becca Tilley kissing, Lace said that she knew that she continuously was not being herself while on the show, and it was getting worse and worse as the show went on. She opted to duck out early as she realized that The Bachelor was only exposing her bad side and not highlighting her good attributes. Bachelor Live guest Paul F. Tompkins praised Lace for leaving the show, remarking that it was brave and “incredibly self-aware” of her to do so. As for what Lace is up to now, she revealed she's was focusing on her career, dialing back on the drinking, and attending regular therapy sessions in order find her center once again. "I think I've been making a lot of progress on myself ... I'm really proud of it," she told The Bachelor host. Interestingly enough, when asked if she would do the show all over again, Lace said no.

I commend Lace for going on this very public journey and being so open about it. She was clearly thrown into a situation where she was uncomfortable, and instead of just forcing herself to go along with it, she was like, “Nah, this isn’t me. I gotta go; see ya later.” I think it takes more courage to step in and end a situation than it does to let your life float idly by you. Lace is learning more about herself every day, which is more than I’m sure most of the women in the mansion can say.