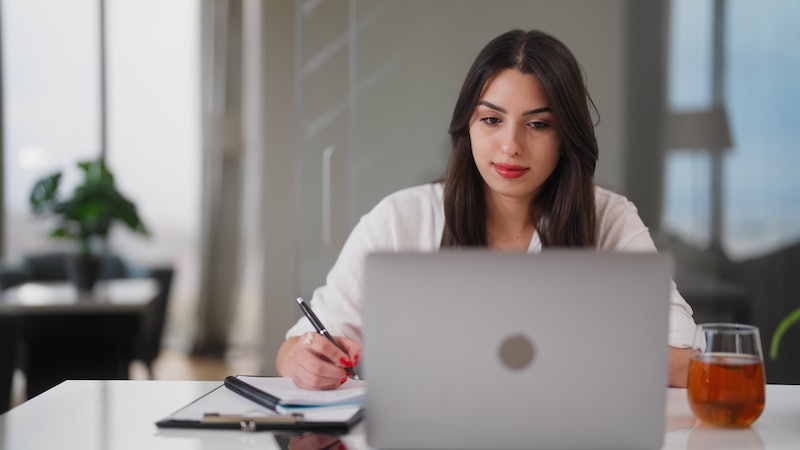 Popular stereotype claims that women deprioritize work so that they have more time to start families. But this year's Deloitte Millennial Survey suggests Millennial women are leaving their companies for a different reason: They don't see opportunities for advancement where they are. The survey found that two thirds of Millennials plan to quit their jobs by 2020, with one fourth planning to peace out in a year or less. Perhaps this isn't surprising for a generation known for its job-hopping, but more revealing were respondents' reasons.

Slightly more women than men — 67 percent versus 64 percent — planned to quit their jobs within the next five years, and another of Deloitte's findings might illuminate why: Half of women say they're "being overlooked for leadership positions." It's not hard to believe these women's perception is accurate, given that women are 15 percent less likely to be promoted than men, according to a LeanIn.Org and McKinsey & Co. survey. That same survey also found that women were three times as likely to say they've been overlooked due to their gender.

Deloitte also confirmed its survey respondents' suspicions, finding that 21 percent of Millennial men but only 16 percent of women led departments at their companies. The consulting firm found that men were more likely to aspire to top positions and more confident in their leadership skills, which we likely owe to that good old gender confidence gap that leaves women feeling less competent than men in many areas of life.

Women valued opportunities for progression as much as men did when deciding where to work, suggesting that the difference in aspiration toward leadership roles is more about confidence than interest — and that the gap in opportunities to advance really could affect whether women stay at their jobs or even take them in the first place. That's at least one reason why women in the tech industry rallied around the hashtag #TableFlip2015, which encouraged women to stop putting up with sexism in their workplaces and go find work where they're more respected, last year.

Here's another reason companies should be upping their diversity efforts: Millennials care about the values their workplaces promote, according to Deloitte's report, with many saying they'd like to join companies working toward a greater social mission than profit. This also probably means they'll care whether a company's internal hiring and employee development processes are ethical. Women especially rated this quality as important in a workplace.

Businesses whose primary motive is to raise revenue will not always care about diversity for its own sake. But when it's for the sake of attracting and retaining talented employees, who can have a demonstrable effect on a company's profits, it's impossible to ignore what the pool you're hiring from is thinking. As Deloitte Global Chairman David Cruickshank wrote in a press release about the survey, the findings "should sound alarm bells as Millennials become the predominant part of the workforce around the world."

More like this
Amanda Gorman Shared A Powerful Message On Meghan Markle’s Penultimate Podcast
By Darshita Goyal
Claire Foy & Rooney Mara Revisit A Devastating Tale In 'Women Talking'
By Bustle UK
An Open Letter To The Person Who Bought Steve Jobs’ Birkenstocks For $218,000
By Ginny Hogan
8 Money Saving Experts To Follow For Accessible Advice
By Maxine Harrison
Get Even More From Bustle — Sign Up For The Newsletter