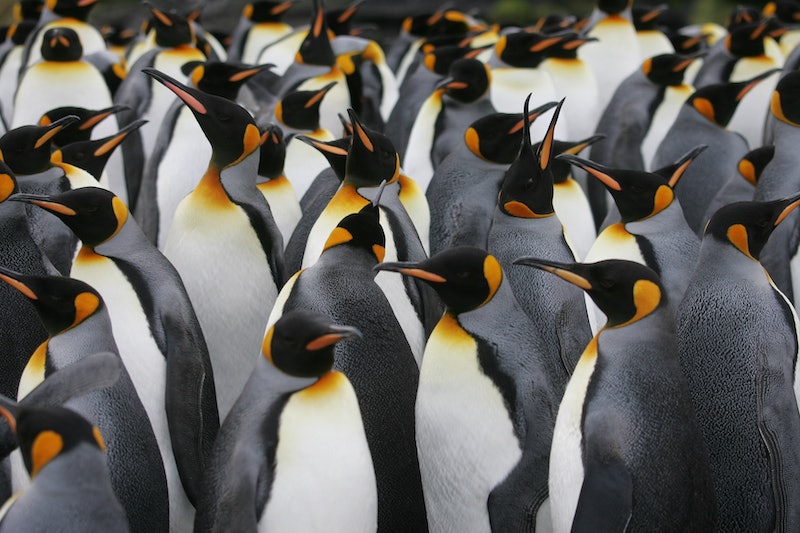 In case you haven't heard, today is Penguin Awareness Day, complete with its own trending #PenguinAwarenessDay hashtag on Twitter. Most people seem pretty flabbergasted at the thought of such an occasion, given that a penguin is neither a deadly disease nor a vicious killer. But everyone is taking Penguin Awareness Day in stride and having a good time posting lighthearted .gifs and other media to Twitter.

Now, ever since Melville House and Random House got into a fun-poking Twitter feud back in October, I've been of the opinion that book publishers make the best comedians. Seriously, who tells better jokes than people who read? No one, that's who.

So it's really no surprise that, after being informed of this auspicious event, the good folks who run the Penguin publishing house's multiple Twitter accounts decided to have some fun. You should definitely check out Tweets from Penguin Classics, Penguin Books UK, and Penguin Books USA, among others in the group, but we're going to focus on Penguin Random House here.

It all began with this retweet:

Other publishers and literary Twitter accounts have since gotten into the mix.

But the king of #PenguinAwarenessDay tweets is this one, from @IrishPoetryShop:

To which Penguin Random House gave this warm response: