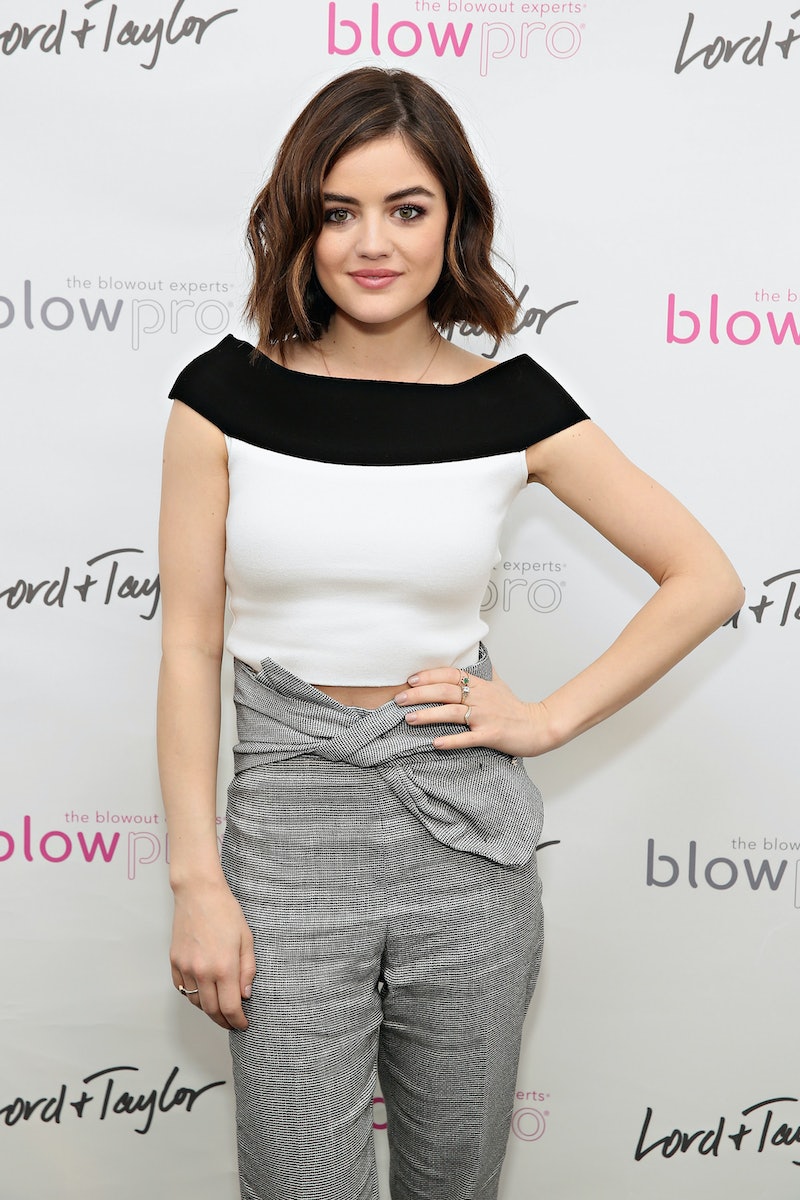 Well, it appears things aren't looking pretty for one Pretty Little Liars' love life. According to Us Weekly, Lucy Hale and her boyfriend Anthony Kalabretta broke up. "Lucy and Anthony broke up," a source said. "It just happened." Bustle has reached out to Hale's rep for comment, but did not receive an immediate response.

(Update: Hale has denied the breakup reports by responding to a Just Jared tweet about the alleged breakup with the word "false.")

Neither Hale or Kalabretta have spoken about their alleged split, so maybe fans shouldn't get too upset just yet. Until there is actual confirmation, the adorable couple could very well still be together. Let's hope so, because I can't get enough of their cuteness on social media.

I mean, just two weeks ago Hale shared a photo of herself and Kalabretta hanging out in Big Bear, California. Not only were they all cozy on a wooden swing, but they were sipping what I assume is coffee or tea. To me, that doesn't look like a couple on the verge of splitsville. That said, maybe something happened out the blue and they decided end things.

In July 2015, rumors began circulating about Hale's new beau after the two were spotted in Hawaii. From that moment on, the PLL actor wasn't shy about posting sweet pics of Kalabretta. Some of them were even filled with PDA.

Does it get much sweeter than that? Here's hoping these breakup rumors are just that.