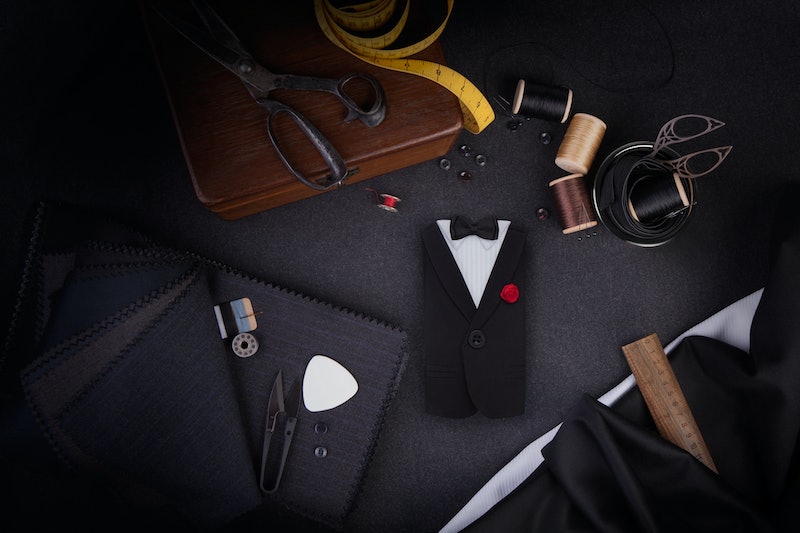 According to sex toy retailer LELO, 2016 is the year of the penis, but what does one do in a penis kind of year? Celebrate the penis in style, of course. If you’re wondering how one is supposed to celebrate the penis in style, then no need to look any further than LELO’s intimate apparel for men, the TUX, “a luxurious concept in male intimate apparel inspired by the classic tuxedo ― but for the penis.” No, I’m not kidding.

Since the 12th century, Scotland and the UK have marketed and sold “Willy Warmers” as a means for men to keep their penis warm on cold winter nights. While in these cases the “willy” was covered up by a knitted undergarment, LELO has decided to take the ancient concept and expand on it. I mean, rocking a sweater is fine for the every day, but what about those special occasions? Shouldn't it call for something a little bit more dignified? A little more sophisticated with a splash of debonair? Yes. That’s why every penis should have a tuxedo in its wardrobe, especially one “accessorized with a smart black bowtie and red rose.”

1. Women Shouldn’t Be The Only Ones In Lingerie

According to LELO’s research, Valentine’s Day leads to a major surge in lingerie purchases. It’s also predicted that by 2020 lingerie will be a $30 billion industry, an industry mostly void of items for men. If you think about how sexy lingerie can make you feel, don’t you want the man in your life to feel the same way? A tux for his penis can do that!

Unlike vaginas, penises, while part of the body, are kind of like an extremity. If the Scots were selling “Willy Warmers” since the 12th century, before fashion became all the rage, then it’s definitely something that most, if not all men need to keep their favorite body part warm and cozy.

3. It Will Add A Little Something Special

As chief marketing officer at LELO, Steve Thomson, explains, “Valentine’s Day can become a routine within a routine for many, and at LELO with both our awarding winning pleasure objects and now TUX™, we stand for adding a burst of excitement.” Honestly, if this penis tux is on par with lingerie, who isn’t going to get excited at the sight of it?

If you’re worried about whether or not it’s going to fit, don’t. The stretchy, high-quality material of TUX is made to fit just about every penis comfortably. It’s also only $29.95 or available as a gift until Valentine’s Day when you spend $120 or more on LELO products.

5. Sex Should Have A Dash Of Humor

I’ve always believed that if you can’t laugh during sex, then you’re missing out. Yes, sex can be serious, but it can also be funny. Just think about all the awkward incidences that have happened during sex in your lifetime that called for a laugh. Life is about having a giggle and enjoying the lighter sides of things. LELO’s TUX will do just that.