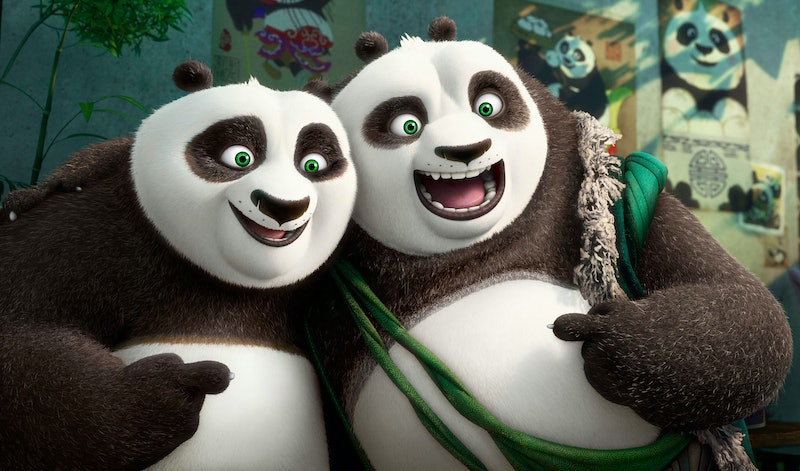 With lovable Po returning to screens with more kung fu comedy in Kung Fu Panda 3 on Jan. 29, I'm pretty sure the question on the minds of every fan is whether or not Jack Black and Co. will go full steam ahead and greenlight a sequel, a.k.a. Kung Fu Panda 4 . Given the incredible box office (the last two Kung Fu Panda movies made a combined $380.6 million) and critical success of the computer-animated action film franchise so far, as well as its high-profile stars and slew of prestigious accolades, my best guess is that a Kung Fu Panda 4 is definitely not impossible.

Since many of the filmmakers — as well as cast members — involved in the original film have returned for the second and third sequel, it is more than likely that a fourth sequel would again be included as primary members of the Kung Fu Panda dream team. The formidable star power behind Kung Fu Panda 3 alone — which includes the voices of no less than A-listers like Jack Black, Angelina Jolie-Pitt, Dustin Hoffman, Lucy Liu, Jackie Chan, Seth Rogen, Kate Hudson, and Bryan Cranston — seems no less than an air-tight formula for success. Plus, another instalment of Kung Fu Panda would be totally consistent in terms of the most successful computer-animation franchises like Toy Story, Shrek, and Ice Age, all of which has seen at least four films a piece.

And as if the featured voices weren't enough of a pull, the celebrities behind Kung Fu Panda 3 have been making the promotional tour nothing short of adorable. Jolie-Pitt (reprising her role as Tigress), recently told Extra at Kung Fu Panda 3's premiere that she was thrilled to be joined by four of her children in providing voices for the film: "The kids are at home getting ready, and ZZ and I were in hair and makeup together." During her Kung Fu Panda 3 press tour in China, Kate Hudson — who also who lends her voice to a giant panda named Mei — potentially created the film franchise's best PR stunt when she cuddled with a 4-month-old baby panda at the Chengdu Research Base Of Giant Panda Breeding. Her Instagram definitely didn't hurt.

And it should come as no surprise that after all of this, the world just can't get enough of the Kung Fu Panda film franchise. There are already countless non-movie spin-offs that attest to its international popularity; the film has also inspired Manga, a Nickelodeon television series, two online games, and two video game adaptations. If you ever needed proof that you can never have too much of a good thing, these movies are it.

That being said, we probably shouldn't put the cart before the horse: According to her interview with Collider, director Jennifer Yu Nelson isn't exactly rushing into the next Panda movie:

We always try to make the very best movie that we’re working on. It’s one at a time. We want to make this a perfect jewel, and then we’ll see what happens after that. Right now, we’re really focused on making this the best film possible. We want to be proud of our work and make sure it’s worth the talent of the animators, who spent four years of their love, sweat and tears on it.

So while a fourth Kung Fu Panda sequel definitely won't be rushed into production any time soon, if (and, hopefully, when) it does happen, it seems that viewers can still expect the same high level of quality laughs as the hilarious films that precede it.