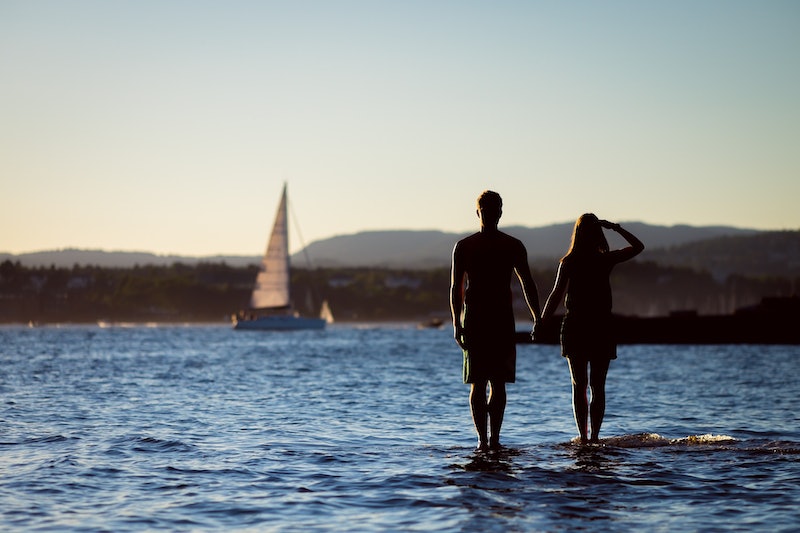 No one can predict the lifespan of a relationship except maybe a psychic. But there are some things that people accidentally do to set relationships up for failure, even if that's the last thing they consciously want to do. Expectations are probably the number one relationship-killer, followed closely by the all-too-common pitfall of wanting the honeymoon phase to last forever, and then jumping ship when it inevitably ends.

Thing is, no relationship is perfect. You can't expect your partner to never hurt your feelings or never do anything that you perceive to be wrong or never say or do anything to upset you. Similarly, all honeymoon phases must come to an end, and when they do, there is a real, live person standing there next to you, who has a bunch of weird tics and flaws and issues, just like you. If you want to be in a long-term relationship with someone, you have to accept them for who they are, and accept relationships for what they are, and go from there. Here are 10 things you might be doing without even realizing it that could ultimately lead to splitsville — along with suggestions about how to do things differently, because it's not necessary to sabotage a great relationship.

1. Too Much Too Soon

No need to speed things along. Let milestones happen naturally. If you feel as though you're super behind, feel free to bring up your concerns — but don't rush anything. This can leave both you and your new partner with whiplash, and ultimately can lead to a relationship's too-early demise.

2. Refusing To Be Vulnerable

I know: It's hard to take off the turtle shell. But it's so much sweeter — and lighter — without it. Though you don't have to reveal every facet of your personality within the first week of dating, you also don't have to try to come off as perfect, either. None of us are. Be real. It'll make you more fun to be around, and your relationship can only do better as a result. And if it doesn't, your partner isn't a good match for you, which is better to know sooner rather than later, anyway.

3. Insisting That Milestones Happen Too Fast

If you shove titles down your partner's throat after two weeks, or insist that your partner introduce you to their parents after a month, you're not at the top of your patience game. No one wants to feel that kind of insistence. Let it unfold.

4. Applying Too Much Pressure

I think it's really smart to be upfront and honest about your goals from the beginning. If you're looking for marriage, don't try to play like you just want a little fling. That will backfire every time. But it's also not OK to ask your partner to commit to anything right away. The beginning stages of a relationship are about feeling each other out, and exploring whether both parties are interested in continuing along together. There's no way of ascertaining that right away, which is why every new relationship is a total leap of faith. Some leaps lead to LTRs; some don't. But you can't pressure anyone into commitment in the beginning, nor is it wise to try to do so. Leap. See what happens.

I'm not talking about sending selfies with no filter. To that, I wholeheartedly and enthusiastically say yes. I'm talking about having no actual filter. Though it's great to be your most authentic self in a relationship, context is key. If you feel like flying off the handle and telling your partner what a jerk they are, or threatening to walk out of the relationship just because you didn't get your way, or committing any number of immature and unnecessary acts out of anger, jealousy, or other not-so-constructive emotions, pause. If you're still steamed later on, by all means, bring up your beef. But anger for the sake of anger is never helpful, and too much drama can break up a perfectly good match.

6. Complaining To Your Friends

I had a pal who always told me the worst parts of her relationship. She never called and said, "My amazing boyfriend just got me a coffee," or, "I just had the longest, most thoughtful talk about life with my bae," though that kind of thing apparently happened all the time. Instead, she only told me of his shortcomings. Finally, I told her that she should start telling me good things about him, or it was going to be hard for me to help when their relationship was on the rocks. If all you tell your friends is negative, you're setting things up for disaster later: Studies have shown that our friends' opinions about our relationships count more than our colleagues' or even our families' do.

No one wants to be around a constant complainer. It's grating to wake up and hear, "It's so cloudy out," followed by, "I always miss the train" and "This coffee is disgusting." Maybe it is overcast, and the train does always seems to elude you, and you really could've taken the extra five minutes this morning to go to the good coffee shop instead of buying deli coffee. But if all you ever do is focus on what's wrong, you'll probably find yourself messing up what's right.

Maybe you can't stand the bro who calls himself your partner's best friend. Too bad. There is no need to tell your partner how stupid you think his BFF can be. Some things are better kept to yourself, and this is one of them.

9. Hating On Your Partner's Family

Even worse than talking crap about your partner's pals is badmouthing their family. Regardless of your feelings about your mate's father, mother, sister, brother, aunt, uncle, cousins, grandparents, stepsisters, godparents and family pets, there is no need to vocalize any sentiments of dislike. You don't have to love everyone in your partner's fam, but you should try tto get along with them.

"Harmless little lies" are still seen as totally acceptable by a lot of people, even though there's nothing harmless about lying to your partner. Whether you say that you "accidentally" saw their text messages pop up on their screen when really you were snooping or you swear that you "forgot" to get them orange juice on the way home when really you just didn't feel like stopping at the store, you're creating an chasm of distrust that can only yawn wider as time goes on. Do yourself and your partner a favor from the outset and build the kind of trust necessary for a long-term relationship by telling the truth — no matter what.