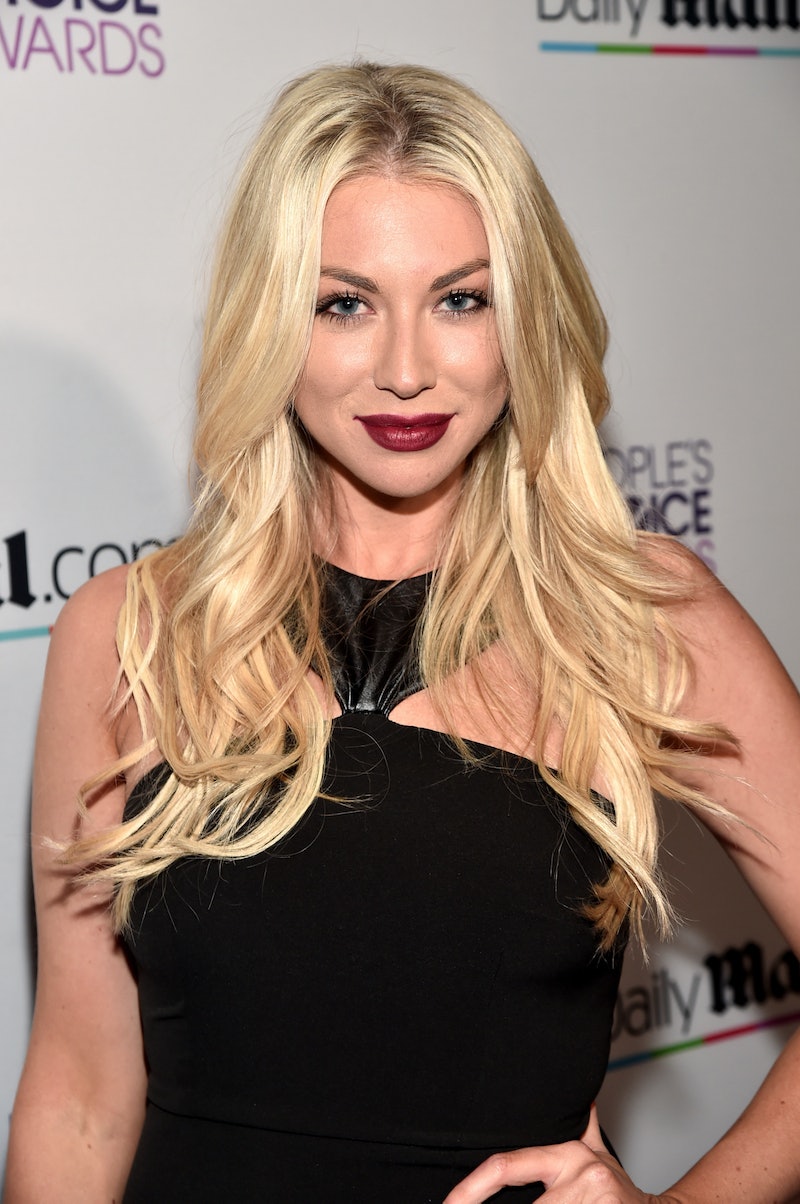 Even though she's vowed (multiple times) to never return to Vanderpump Rules , Stassi Schroeder is back. Fans had to endure half a season — and a lot of James Kennedy BS — for it to happen, but we can officially call this a complete season of Vanderpump Rules now that the Queen Bee and OG is making an appearance. After Season 3's toxic reunion, Stassi said she "wiped her hands [clean]" of the show, so why did she decide to come back? In an interview with Bustle, Stassi promises that this return is "so different than anyone's ever seen."

At the end of Season 3, tensions were higher than usual when Stassi seemed to cut all of her former friends (and coworkers) out of her life. At the reunion, some of the cast referenced something Stassi was going through even though no one actually said what it was. It later came out that the reality star had a sex tape floating around, which could hint at why she wanted out of the show, but definitely doesn't answer why she returns.

"It's a completely different headspace that I've ever been in in terms of Vanderpump Rules," Stassi says, vowing that fans will see a different side to her. "It was really hard [to return], but you'll see the reasons why I came back — I address all of those."

One of the hardest parts about coming back might be because the Queen Bee has to face the Queen V, Lisa Vanderpump. The two have had a rocky relationship in the past. Stassi has been an employee, a friend of Lisa's daughter Pandora, a confidant, and a foe. "Everything that had to do with Lisa was extremely hard," Stassi says.

"It's a very weird thing when someone is used to being your boss and ordering you to go serve fettuccine alfredo to somebody and then you don't have that dynamic anymore," she says.

As for the other the other cast members, Stassi seems to hint that other relationships might have some hope. "There's no way I could come back if I wasn't friends with any of them," she teases.

Stassi is well aware of what fans are thinking of her return. "I look a little crazy because one second I'm like, 'Absolutely not,' and the next I'm like 'Yes, I am [returning].'" Like it or not, she is back and she is going to make a splash in the Vanderpump Rules scene, so grab your life vest, because this is going to get good.