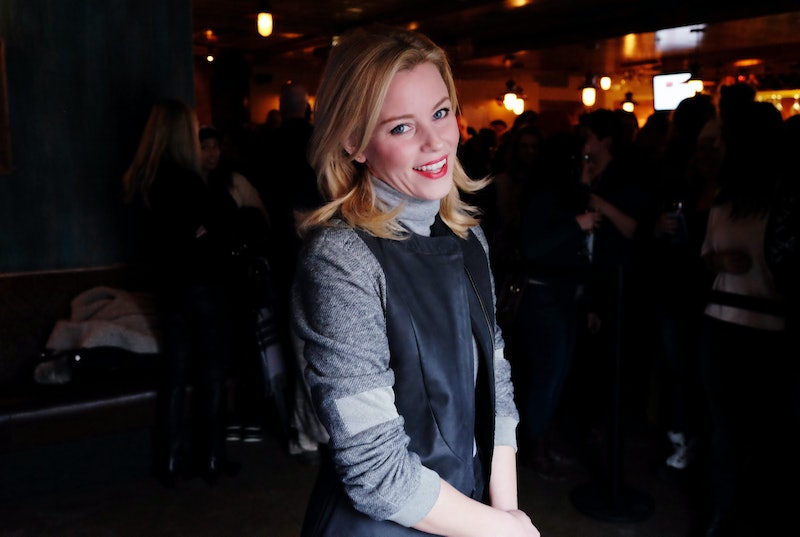 Few people in Hollywood have had as successful a last few years as Elizabeth Banks. The actor/producer/director starred in blockbuster franchises like Pitch Perfect and The Hunger Games; directed and produced the highest-grossing musical comedy of all time, Pitch Perfect 2; earned acclaim for roles in films like Love & Mercy and the TV revival of Wet Hot American Summer; and generally continued being one of the best role models and icons for women trying to make it in Hollywood and beyond. So having her lead the Women at Sundance brunch on Jan. 25 couldn't have been a better choice, and during the star's conversation with Universal Pictures Chairman Donna Langley, she wasted no time getting right to the heart of the matter.

"We are up against something," said Banks, speaking to an audience of over 400 women, many of whom were filmmakers or otherwise involved in media. "Which is the entirety of human history."

Which is why, she continued, it's so crucial for women in leadership positions like herself to be examples for young girls, and show them that yes, it is possible to be as successful as — if not more than — their male counterparts. Said Banks, "We gotta have these models for the next generation, so someone can grow up and say, 'I want to be the next Liz Banks', and not say, 'I want to be Steven Spielberg.'"

Damn straight. Banks is leading the charge for women in film, and it's not hard to imagine that with projects like Pitch Perfect 3 and a Charlie's Angels reboot coming up that she won't soon be synonymous with some of today's most successful and respected (male) directors and producers. But, as she explained during the talk, getting here was far from an easy road; she recalled the years after making Wet Hot American Summer with men like Paul Rudd and Bradley Cooper, and seeing their careers explode while hers stayed stagnant.

"I started not looking at my female peers, but looking at my male peers in the business and wondering why they were all playing superheroes and I was not making as much money," she said. "You really just look around, and you either have to think that you don’t work hard enough, or you’re not as talented, or I don’t know, whatever excuse you want to make, or you can actually get numbers."

"And the numbers," she continued, "are so reassuring. It’s like 'oh, it’s not my fault, only 30 percent of roles go to women, and so I have 70 percent less opportunities.' And that was a real kick in the butt, and it really brought me to wanting a little more control over what I was doing with my time."

So, a few years ago, Banks and her husband Max Handleman started Brownstone Productions, a force behind the hugely successful Pitch Perfect series, as well as other films. And as the star explained, the company is focused on hiring and supporting female casts and crews for many of their projects.

"I love being able to celebrate women," said Banks. "Julie Delpy said it: no one thinks that the next great director, the next great Martin Scorsese, is a woman. That really struck me hearing that. because I, as a director and as a producer, try to model my career when I look around, but I’m really modeling it after men... there just aren’t those female models, so all I’m trying to do is just live by example, and just do it."

Judging by the audience's ecstatic response, as well as the growing support for female equality both in front of and behind the camera on Hollywood films, it's clear that Banks taking the lead has had, and is continuing to have, a major effect on women in entertainment.