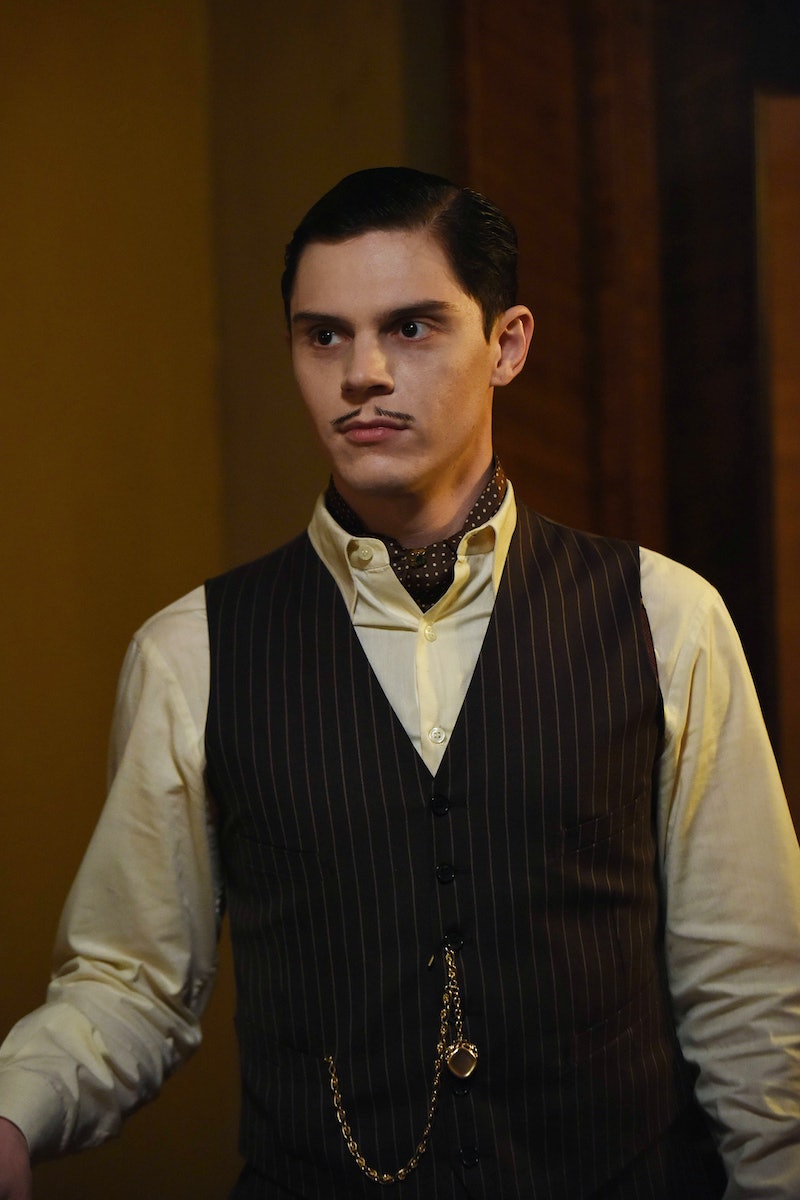 It's only been a few weeks since viewers checked out of the Hotel Cortez, but that doesn't mean we can't all start coming up with theories regarding what American Horror Story Season 6 will be about. The only problem is knowing exactly where to start. We know that Ryan Murphy has a knack for hiding clues about the next season throughout the final episodes of the current one, so odds are that AHS: Hotel holds the key to next year's theme. But given the subtlety of these hints in the past, they're almost impossible to discern. However, we do have one distinct advantage to keep in mind: the fact that American Horror Story Season 6 and AHS: Hotel are most likely connected in some way.

Ever since Season 4, Murphy has made it an annual tradition to weave these separate storylines together with special cameos from characters of seasons past. Freak Show saw the return of Pepper and how she inevitably came to end up at Briarcliff's Asylum, while Hotel gave nods to both Murder House and Coven with the appearances of both Marcy and Queenie, respectively. And now that it's been revealed that Season 6 will be "set in the present" with "echoes of the past" mixed in, according to FX boss John Landgraf, it's safe to assume the writers will find some way to infiltrate one or two Cortez residents into the mix. After all, when you're made up of mostly immortal ghosts and vampires, you have the potential to pretty much pop up anywhere.

But just in case Murphy needs a helping hand with how to go about doing so, here are a few ways Season 6 could connect to Hotel and give us double the horror...

Last we saw, Sally had developed quite the social media presence even while trapped within the confines of the hotel. Perhaps next season will center around the dangers lurking throughout the interwebs and have Sally be one of its victims. (We all know by now how dangerous the internet can be.) Plus, if Murphy isn't going to ever take us to outer space, then cyberspace is really the next best thing.

The Horrors Of Homework

Is there anything more terrifying than school? Murphy may seek to torment the hallowed halls of academia next season. (It would certainly help to explain the often-mentioned Thacher boarding school throughout the AHS: Hotel finale.) Maybe Scarlett isn't quite as out of the woods of trouble as we originally thought.

Fashion and runways both took center stage multiple times throughout Season 5. Was this perhaps a clue on Murphy's part that Season 6 would be taking a Devil Wears Prada-type of turn? (You just know that both Jessica Lange and Gaga would make for amazing Miranda Priestly figures.) And given Liz Taylor's successful debut into the industry, it would make sense for her to somehow be involved. The Cortez does offer up a great space for a runway show you won't soon forget... even if you wanted to.

No one will soon forget the Devil's Night parties Mr. March would throw each Halloween, but why have it stop there? These infamous killers and their after-life antics could make up an entire season all to themselves. Heck, Murphy could even have the entire season take place over the course of one night — the night all ghosts are able to walk among the living. Plus, I think I speak for everyone in saying that I'm not done with seeing Mr. March up on my screen... not by a long shot.

More like this
Netflix Shut Down 'Bridgerton' S3 Rumours About A “Very Dark” Storyline
By Bustle
Linda Ronstadt’s “Long Long Time” Plays A Pivotal Role In The Last Of Us
By Brad Witter
Michael B. Jordan Tackled His "Public Breakup" With Lori Harvey On 'SNL'
By Brad Witter
Here’s What Happens To Bill & Frank In 'The Last Of Us' Video Game
By Brad Witter
Get Even More From Bustle — Sign Up For The Newsletter
From hair trends to relationship advice, our daily newsletter has everything you need to sound like a person who’s on TikTok, even if you aren’t.