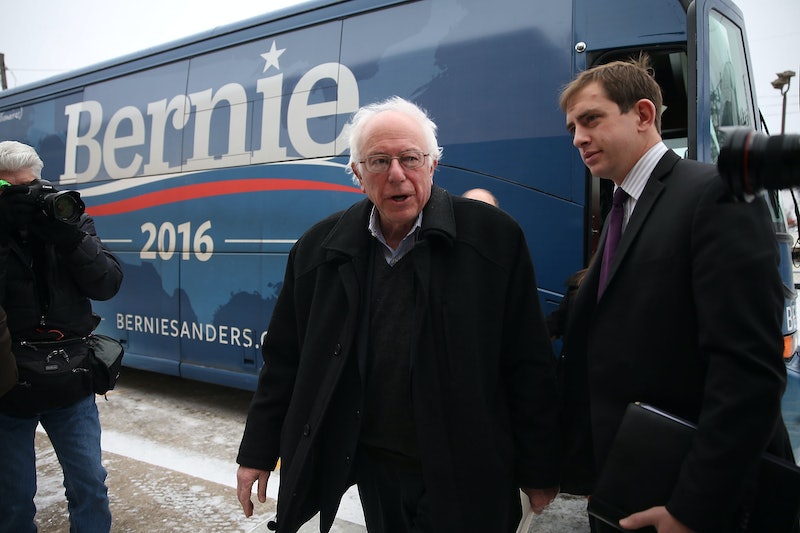 The Iowa caucuses are less than a week away — Feb. 1 — and will kick off the electoral process for the 2016 election cycle. With all the buzz around the event, one big question remains: Is the Iowa caucus a winner-take-all vote for either party? There's no primary vote in Iowa, even though it marks the start of primary voting for the rest of the country.

Here’s a brief summary of how the caucuses work. Voters across Iowa attend in-person events at one of 1,681 precincts across the state. They’ll show up at 7 p.m. and the caucus begins. But the rules vary for each party. The Republican caucus begins with a "presidential preference poll." Voters take this opportunity to campaign for candidates they prefer, and then hand in their votes on paper.

Voters for the Democratic caucus will show up and form "presidential preference groups." If a group for any specific candidate does not have enough support, voters are allowed to join another group in support of another candidate. In the Democratic caucus, votes are not done on paper but are counted by your presence — so it's not a secret. If you're still confused about how the process works, below is a helpful video.

Will the caucus winners go on to take the nomination?

Not necessarily. Although our two most recent presidents — Barack Obama and George W. Bush — started their primaries with a win in Iowa, the winner of each caucus is not guaranteed to move ahead as the general election nominee. During the 2012 Republican caucuses, Rick Santorum won the popular vote with 24.6 percent, but Mitt Romney moved on as the general election nominee. In 2008, Mike Huckabee won with a 34.4 percent voter rate but John McCain, who ranked fourth, went on to win the Republican nomination.

According to a recent Fox News poll, Donald Trump leads Ted Cruz in Iowa 34 to 23 percent, followed by Marco Rubio with 12 percent. But because of Trump’s lead in national polls, GOP hopefuls see Iowa as a critical state to make their case one last time as the rest of the country stands by and watches. In terms of past Democratic caucuses, the winners went on to become the general election nominee in 2012, 2008, and 2004, although this won’t necessarily be the case in 2016. In Iowa, Bernie Sanders leads Hillary Clinton among male voters, polling at 61 percent compared to Clinton’s 30 percent. However, Clinton polls at 55 percent among Iowa women, compared to Sanders’ 39 percent. Sanders still takes the general lead in Iowa.

This year is a big year, not just for the Democratic contenders, but also considering the potential for a political systemic change. (I mean, let’s face it, Sanders has consistently run as a democratic socialist.)

As former United States Secretary of Labor, Robert Reich wrote on his blog:

Still, winning the caucuses might be more symbolic than anything else, mostly because Iowa kicks off primary season as the rest of the country watches to see if their preferred candidate stands a chance. But who knows what might happen next. We’ll just have to wait and see.

Happy primaries, and may the odds be ever in your favor.