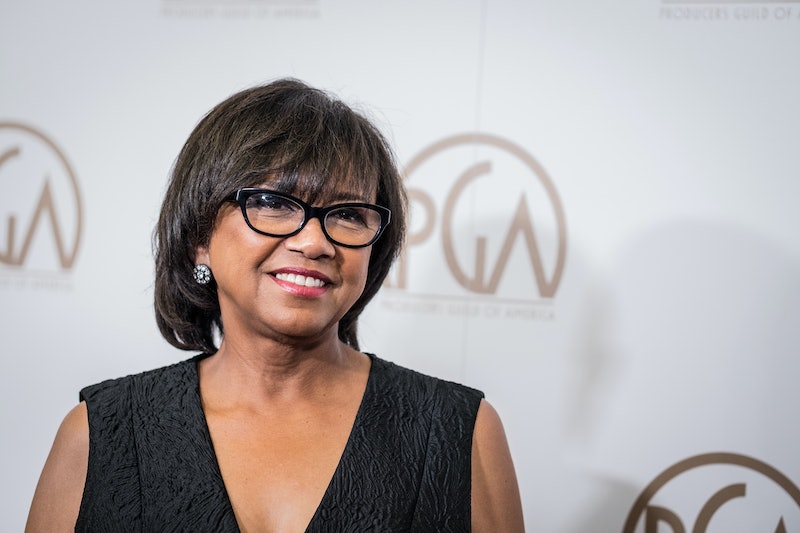 Whatever you're doing, stop it, because I'm gonna need all of us to take a quick moment to give a standing ovation for Academy of Motion Picture Arts and Sciences President Cheryl Boone Isaac's The Hollywood Reporter interview addressing diversity and the Oscars. Boone Isaacs was also joined by Academy CEO Dawn Hudson, and I'm so impressed by the open, self-aware tone in which they discuss the ways the Academy has failed when it comes to diversity, and what they're doing to change it. It may sound like a simple thing, but the heads of an institution like the Academy acknowledging that there is a problem, and being transparent about the measures they're putting in place to fix it is huge. Honestly even just the first thing is huge; I've gotten so used to denials, dismissals, and minimization when it comes to outcry over #OscarsSoWhite that this is an incredible breath of fresh air. Taking responsibility for your own missteps — what a concept!

And it's a concept that reoccurs throughout the THR interview, which is worth a look in its entirety. But in case you don't have the time to scroll through the whole thing right this moment, there are a couple quotes that you need to see, that really echo the tone of the whole interview, and why it's so amazing that Boone Isaacs and Hudson gave it. When asked whether she felt the need to shut down the conversation about the lack of diversity at the Oscars before the actual broadcast, Cheryl Boone Isaacs shared that no, it was actually the opposite:

I would say more importantly that we could not be silent. And we had no reason to be silent. It isn't a smart thing just to sit back and just sort of let the conver­sation get out of hand when it's about you. At some point, you need to speak up.

Wow, that's huge. One of the things that's so frustrating about white-washing in Hollywood is that typically the people whose voices would matter most in affecting change are the people least likely to speak up, because they have the most to lose.

That's a big part of why it's amazing to see Boone Isaacs flying in the face of that convention, and refusing to stay quiet. And Dawn Hudson has a similarly nontraditional response, openly acknowledging the Academy's responsibility to do better.

Are you hearing this? They're saying that we're right to be speaking up, to be pushing this conversation, and that they were wrong to let things get to where they did. This is the best case scenario, because it means we're all on the same team moving forward. Hudson continues:

We are going to change the complexion by finding the best artists in all different communities that we haven't talked to before. The Academy hasn't had the reputation of being the most welcoming institution for anyone of any color. So the other part of this is to say we are a group of artists. We are not a faceless institution. As a community of artists, we invite you in.

Instead of putting the onus on minorities to work harder to break into this institution, Hudson and Boone Isaacs are placing it on themselves. They are responsible to make the Academy not only more inclusive, but more welcoming, holding no resentment toward being called out on their failings. And that, my friends, is what gives me optimism about the future.

More like this
The Church Of Scotland Votes To Allow Same-Sex Marriages
By Sam Ramsden
'Gentleman Jack’s Cast & Crew Are Keen On Season 3, Too
By Frances Stewart
'Derry Girls’ Dylan Llewellyn Will Star In C4’s New Queer Comedy
By Rachel Mantock
'Heartstopper’s Joe Locke Has A Sweet Message For Queer Fans
By Sam Ramsden
Get Even More From Bustle — Sign Up For The Newsletter