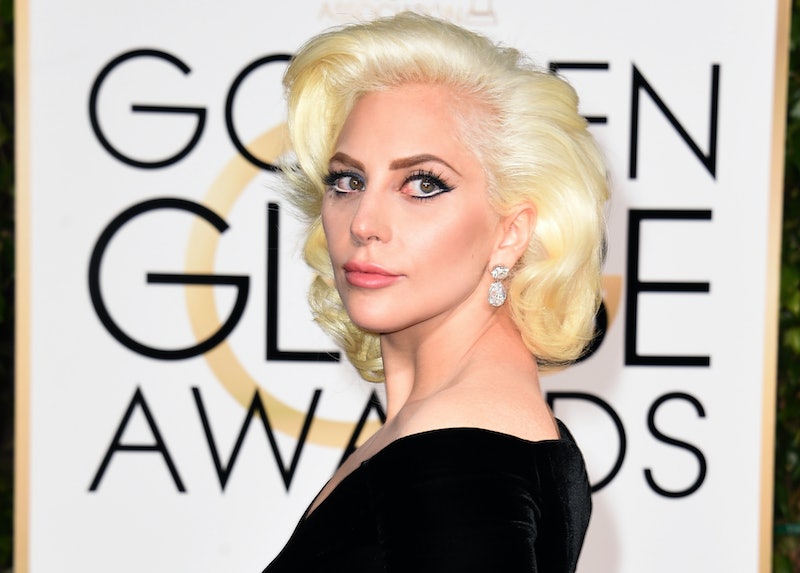 Once an artist gets super famous, it's easy to forget they haven't always been a superstar — they had to work their way to the top just like the rest of us. And what that means is that there are a bunch of now-famous musical artists who got their start writing for other performers. Songwriting is one of those skills that's extremely useful to have if you're a singer, but not absolutely necessary to making it big, so people who are great at it are in high demand. So, while you're proving that you yourself have what it takes to command an audience, why not also flex your muscles in the writing room? Even if you aren't the person who ultimately gets to perform the track, you're still getting your name out in the industry, and hopefully giving yourself a leg up when it comes time for your hard work to pay off with a turn in the studio. (And, y'know, paying your rent and stuff. It helps with that too.)

So, who out there got their start this way? There are some pretty high-profile musical artists on this list — both writing and being written for! — and I think it will surprise you to find out who they were writing songs for back before they were household names themselves. So, if you're looking to get famous, it seems like one way to get your foot in the door is to get really, really ridiculously good at songwriting. At least then, you can make a living using your gift until you're enough of a celebrity to write for yourself.

Now without further ado, here they are: Nine now-famous musical artists who got their start writing hit songs for other people.

Charlie Puth was the case who originally inspired me to write this post; he spoke to PEOPLE recently about how he'd recorded the hook on the Paul Walker tribute track for Furious 7, "See You Again," (which he co-wrote), under the assumption that Sam Smith would ultimately perform it.

It's interesting: I mean, I didn't even think that I was going to sing it! I [recorded the track] as a reference vocal for Sam Smith to potentially sing. [Singing it] was what I wanted, but I wasn't admitting it to myself.

Well that worked out well in your favor, huh, Charlie Puth? Considering the impressive collection of awards and nominations that the Furious 7 track has earned you so far, anyway.

Don't ever make the mistake of underestimating Kesha: In addition to churning out her own hits, she's also written for Miley Cyrus, Miranda Cosgrove, and Britney Spears — most notably, for the latter, "'Till The World Ends." Most other songwriters create a song and then pitch it around, but Kesha does the opposite: With Spears, she chose her as the recipient and then wrote a song specifically for her. About "Till The World Ends," she told Digital Spy: "I put my brain in Britney Spears-land and wrote that whole song for her."

You've probably heard that Ed Sheeran has penned many songs for One Direction, but I think you'd be shocked by all the other credits he has on his résumé. Everyone from Jessie Ware to Hilary Duff to Young Guns is on there, and he's still got enough brain power to come out with his own stuff as well! Incredible.

Before she was Mother Monster, Lady Gaga had a healthy career writing for artists like Britney Spears, Adam Lambert, The Pussycat Dolls, and New Kids On The Block. Probably the most famous example is the song "Telephone," which Gaga originally wrote for Britney Spears, only to have it rejected. A definite bummer, until you realize that, a few years later, Gaga was a big enough star to record the song herself — and to collaborate with Beyoncé on it, no less. Hard to see that as anything but a victory.

She has her own album out now, Sucker, but Charli XCX has been producing lyrics for other artists since she was just 16 years old. Some of her bigger hits include the hook on Iggy Azalea's "Fancy," and Icona Pop's "I Love It," which gained popularity on the show Girls. Ironically enough, Charli XCX's biggest hit, "Boom Clap", was originally written for Hilary Duff, but it was ultimately rejected by her team — which led to Charli XCX deciding to record it herself.

"Thinkin' Bout You" is undeniably Frank Ocean's biggest hit, but he actually wrote it for another artist — Bridget Kelly, only to leak his own version of the song on his Tumblr the day before Kelly's came out:

He wrote the record. He had his vocals so he can pretty much do whatever he wants. I think the unfortunate thing is that everyone then saw it as Frank’s record so when mine came out, it was kinda like, wait a minute, she’s covering Frank Ocean’s song. And it was like, not really. Your boy actually demoed my song.

It's a bummer for Kelly, for sure, but if Frank Ocean hadn't put his own spin on "Thinkin' Bout You," we may never have gotten his debut album Channel ORANGE — and that would be an all-around tragedy.

Even though Sia is a big name now in her own right, she hasn't stopped creating songs for other artists — including Rihanna, Beyoncé, Christina Aguilera, and Britney Spears. (No big deal, just four of the most famous and successful artists on the planet.) The most recognizable tracks are probably "Diamonds" for Rihanna, and "Pretty Hurts" for Beyoncé. Sia's own song, "Chandelier," was actually intended to be for RiRi or Queen Bey before Sia decided to record it herself.

Bruno Mars has more than proven himself in the industry now, with hits like "Grenade," "Locked Out Of Heaven," and "Uptown Funk" — but for a while there, his biggest credits were for writing other people's songs. While he was trying to break through himself, Mars cowrote "Nothin’ On You" for B.o.B., Travie McCoy's "Billionaire," and Cee-Lo Green's monster hit "F**k You."

This is probably the most shocking out of all of them for me, because I had no idea: Did you guys know Jessie J wrote "Party in the U.S.A." for Miley Cyrus?! I'm blown away. And the best part about it is that Jessie J says the song paid her rent for more than three years — "‘Party In The USA’ paid my rent for, like, three years. Actually it was way longer than that," she told Glamour UK — which undoubtedly provided crucial support during the fledgling years of her career and allowed her to become the performer we know and love today.

Look at all you little babies, how far you've come! Incredible to see where some of these artists started out, versus where they are now. And who knows — maybe some of the people writing for them now will be famous in their own right in a couple years. Can't wait to find out!