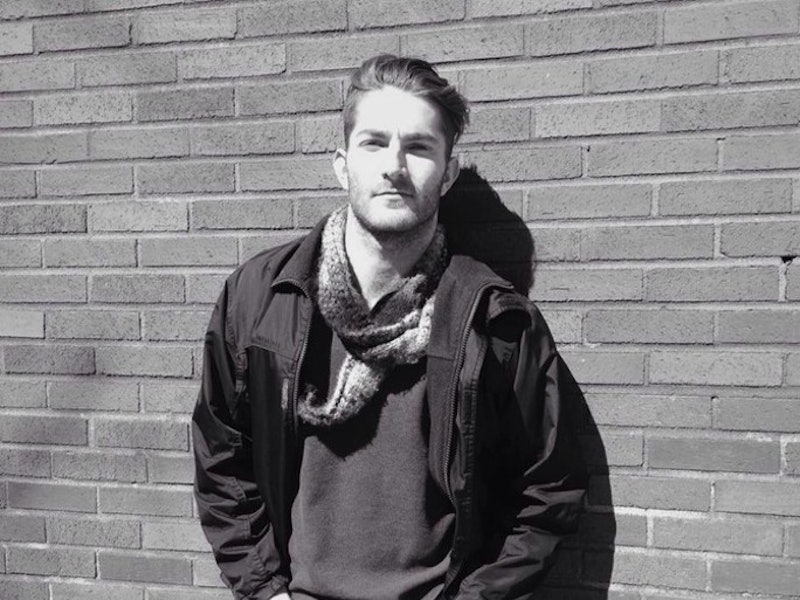 When I first came out as bisexual, I thought the world would be mine for the taking. After years of struggling with my sexual orientation, I thought everything would fall into place the moment I accepted and loved myself for being bi. I also thought my dating life would explode. I can now date people of all genders, I remember thinking to myself. For the first time in a long time, I was excited about the future. I was excited about the prospect of dating. And I was excited to put myself out there.

I was terribly naive.

I didn’t know the vicious stereotypes that plague bisexual men. Having met very few out bisexual men in real life, I hadn’t formed any beliefs about bi guys myself, and given our lack of representation in the media, I didn’t know that both straight women and gay men have numerous preconceptions about dating bi men.

Here are some of the false misconceptions I’ve heard about male bisexuality since I came out as bi over a year ago — and why they’re not based in any truth, at least in my case.

Myth #1: That We’re Using It As A Stepping Stone To Being “Full-Blown Gay”

For those of us who are bisexual, it is absolutely not a phase. We’re not experimenting. We’re not confused. We’re not in denial. Yes, some gay men have used "bisexual" as a fleeting label on the way to gaytown, and that’s OK. But just because you know a few gay men who used the label as a pit stop, that doesn’t mean we all do. Don’t invalidate a fundamental part of our identity by telling us we’re "confused."

This happens to me all the time — most often, with gay men. When I tell them I'm bi, I get this pitiful look, which is often accompanied with something along the lines of, "Oh, don't worry, honey, you'll get there." I get it. You may have used "bi" as a stepping stone, but that doesn't mean I am. Save your pity for someone who needs it.

It’s not about the sex. If you honestly believe that bisexual men are just horndogs, then you need to reevaluate what you value in your partnerships. Dating and love is so much more than just sex. We’re not bi because we want to bone everything with a hole. Contrary to popular belief, bisexual men still have standards. I may be bi, but I still don't necessarily want to sleep with you.

Oh, and no: we necessarily don’t live for threesomes, so please, stop asking.

Myth #3: That Our Gender Expression Is Directly Related To Our Sexual Orientation

Like any other sexual orientation out there, our gender expression has nothing to do with our sexual preferences. Sure, some bi men are more traditionally "masculine-presenting," whereas others might be more "feminine-presenting" — but that doesn't mean we’re “gayer” or “straighter” than other bi men. It also doesn't mean we have a general preference toward one gender more. It just means we behave in a way that society has arbitrarily decided fits a certain gender.

Or, you can be like me. I'm both highly masculine and feminine-presenting. I have my "Yass queen" moments and my "Bro" moments. But no, that still doesn't say anything about my attractions to different genders.

Myth #4. That We All Like Men And Women Equally

We might not be equally attracted to men and women. We may or may not prefer one gender more. Our level of attraction to one gender may increase or decrease over time. We’re not all 50/50, but we are still bisexual. And please, do not ask us who we like more.

Because at the end of the day, when I tell you I like you and want to be with you, it means just that. My other crushes no longer matter.

Myth #5: That We Can't Be Monogamous And Faithful

We’re not all tops. Some bisexual men really like to bottom.

Also, just because you’re a woman, doesn’t mean you can’t penetrate men. Fingers, tongue, or yep, a strap on, are all fair game. Some of us know how great it feels, and love the intensity and vulnerability that comes from being penetrated. I know I do, and there is nothing in this world hotter than being penetrated by a woman. You're gonna have to take my word for it — or even better, don't. Find out for yourself.

Myth #7: That We Spread HIV To Women

There is a nasty and hurtful misconception that bisexual men are significantly more likely to spread HIV to heterosexual women more than other minority groups. This is false. In 2014, M. Reuel Friedman, Ph.D., MPH, a researcher at University of Pittsburgh, Graduate School of Public Health published a study in LGBT Health, titled From Bias to Bisexual Health Disparities: Attitudes Toward Bisexual Men and Women in the United States. His research examined why people believe, despite the data, that bisexual men are spreading HIV.

As Friedman told HIV Plus, "Whether it is fear of gay people, fear of bisexual people, fear of black people, and/or fear of HIV not being a purely ‘gay’ disease. Mass media, and even scientific literature, has not always reported in an unbiased way on bisexual people; then, when you bring in a sexually transmitted infection that is almost always fatal if untreated, and a highly disproportionate infection rate among African-Americans, you have a sort of jet fuel for incendiary press."

I understand why people might think bisexual men spread HIV to women at significantly higher rates. People want someone to blame, but bisexual men shouldn't be the scapegoat. HIV is transmitted through condom-less intercourse and intravenous drug use, not bisexual males who practice safe sex.

More like this
16 Ways To Jazz Up Your Tinder Bio This Year
By Lexi Inks
The “Rules For Dating” TikTok Trend, Explained
By Lexi Inks
Target Dropped *Two* New Fashion Collabs With Queer-Owned Brands
By Dominique Norman
'Heartstopper's Kit Connor Called Out Twitter For Making Assumptions About His Sexuality
By Nola Ojomu
Get Even More From Bustle — Sign Up For The Newsletter