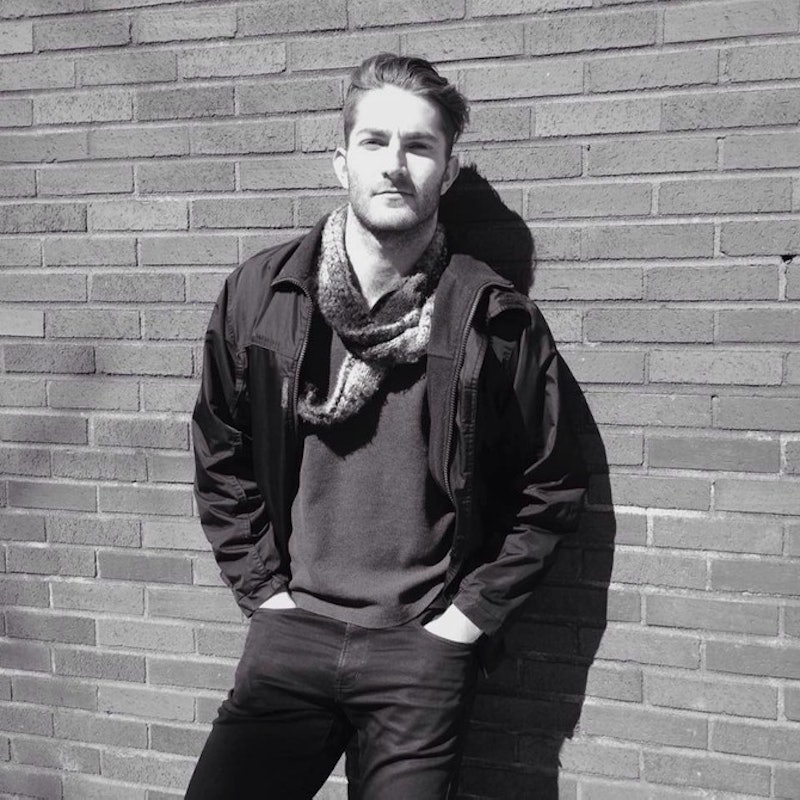 Out of all the questions people ask me about my bisexuality, there's one question that angers me more than the others: Which gender do you like more? The question comes in various forms. Are you 50/50? Do you like sleeping with men or women more? Do you like dating men or women more? Which way do you lean? All of these questions rise from the misconception that "true” bisexuals are 50/50, meaning they like men and women equally.

I hate the 50/50 question, primarily because I genuinely have no idea how to answer it. I am attracted to men, women, and individuals who don’t identify as either. I like dating everyone. Do I typically date more men or more women? It’s pretty evenly split. Do I sleep with more men or more women? I sleep with more men, simply because it’s easier. There is no Grindr-equivalent for men seeking women. (And, no, Tinder doesn't even compare.)

While it may sound like I’m roughly split 50/50, there are a myriad of reasons I don’t claim to be.

I don’t like the 50/50 question because I don't want the person I’m dating to think that my bisexuality causes half of me to be unfulfilled when I’m with him or her. When I’m attracted to someone, male or female, I’m attracted to all of them. Not half of them.

I don’t like the 50/50 question because I don't want the person I’m dating to think that my bisexuality causes half of me to be unfulfilled when I’m with him or her. When I’m attracted to someone, male or female, I’m attracted to all of them. Not half of them. My mind isn’t wandering to people of other genders. Even if a woman identifies as being attracted to men 99 percent of the time and women the other one percent, if she ends up with a woman, it's because she likes (or loves) that woman fully. The other 99 percent no longer matters.

Attraction is multi-faceted. Sexual and emotional attraction, while often related, are two independent factors. I know men who are sexually attracted to both men and women, but who are emotionally attracted only to men. What percentage are they? I know women who only form an attraction after they get to know someone; until then, they're relatively indifferent to a person's sexual appeal. What percentage are they? There is so much more to attraction than who you do or do not want to sleep with.

I think this obsession with percentages comes from the fact that bisexuality isn’t as straightforward as monosexuality (either homosexual or heterosexual), and therefore, people want to categorize it. Needless to say, one doesn’t have to be attracted to men and women equally to be bisexual, but at what point is it no longer considered bisexuality? There’s no distinct cut off. If I said I preferred men 60/40, you’d probably agree that I’m bisexual. What if I said 80/20? Even then, you’d consider it. What about 95/5? That’s less obvious. What about 99/1? Maybe you’d say I’m not completely gay, but you probably wouldn’t label me bi, either.

While I believe many people are exclusively attracted to a single gender, I also believe that many men and women have at least a slight attraction to people of their same gender. Despite my aforementioned hatred of percentages, for the sake of understanding, let’s say some men and women are “95/5.” These people typically consider themselves gay or straight, and seldom label themselves bi. Honestly, I don’t know whether or not these people should be considered bi. My gut response is to say, yes, if they feel that that label accurately describes them; if not, then no.

The human brain likes to simplify the things we don’t understand. We use what’s called cognitive heuristics, or mental shortcuts, while problem solving. These heuristics are practical, and often quite useful. It makes it easier to understand what's going on in a complex world full of uncertainty and ambiguity. Heuristics allow us to make decisions without having all of the available information in front of us. It saves us time while thinking. It also makes it easier to discuss certain abstract topics.

However, sexuality, and specifically, sexual fluidity, is by no means simple. When discussing sexuality, we should not be trying to use mental shortcuts. We should be examining all the tiny nuances between individuals, rather than lumping a group of people together.

More like this
18 Hinge Prompt Answers To Try If You’re Looking For Something Casual
By Lexi Inks
25 Inspiring Quotes From Black Women To Celebrate Black History Month
By Kyli Rodriguez-Cayro and JR Thorpe
Gen Z Are Twice As Likely To Identify As Queer, According To New Data
By Sam Ramsden
12 Active Date Ideas That'll Get You & Your Boo Outside
By Lexi Inks
Get Even More From Bustle — Sign Up For The Newsletter
From hair trends to relationship advice, our daily newsletter has everything you need to sound like a person who’s on TikTok, even if you aren’t.