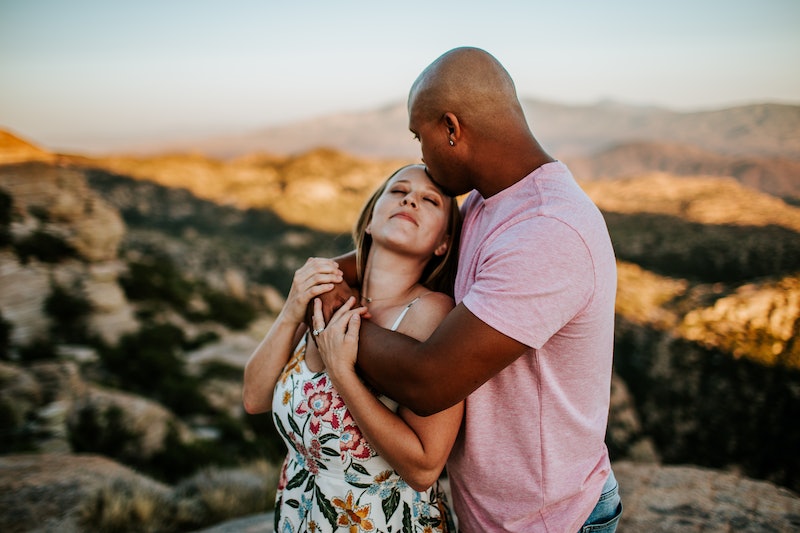 Most people, married or not, have no problem describing their ideal honeymoon. After all, movies, TV shows, books, and even music often depict honeymoons as one of the happiest times of a person's life. But where does the word "honeymoon" come from, and what does it actually mean? Apparently, honeymoons haven't always signified the same degree of luxury they often do today. From its root, the term "honeymoon" has always gone back to the celebration of newlyweds, but beyond that, there have been some notable differences in tone and approach throughout history.

Now, even in modern times, there are all different approaches to honeymoons. For some couples, budget-friendly honeymoons are key to enjoying their trip, while others choose to splurge on what may be the trip of a lifetime. Following tradition, many couples still choose to travel during their honeymoons, although it seems people are getting more adventurous with their honeymoon destination ideas. Some couples choose to forego honeymoons entirely, which is also a valid route to spending quality time together and bonding with your partner.

All of this about honeymoons said, we're still at our initial question: What does the word "honeymoon" actually mean? Has its definition and usage changed over time? Based on my research, it appears there are a few different roots and histories for the word "honeymoon." Here are three of the most popular etymologies:

Dating back to the fifth century BCE, the term "honeymoon" signified the period when newlyweds celebrated their nuptials. At that point, many cultures followed a "moon cycle" calendar. During the first "moon cycle" post-wedding, couples drank mead (a honey-based alcohol) which was believed to have aphrodisiac qualities. So here, the term literally breaks down to refer to the "honey" (mead) and the "moon" (cycles). The focus was on establishing sexual intimacy between the couple, and there was a great stress on the couple having privacy and separation so they could get to know one another (so to speak).

Back in the 1540s, people held a lot of skepticism about love and the success of marriages. At that time, honeymoons (then spelled "hony moones") refer to the sweet period of a new marriage (the "honey") and the cyclical, fleeting nature of the moon — that is to say that the "sweetness" of new marriage is not a constant, and that it, like the moon, may become out of reach, mysterious, or distant. Definitely not the most optimistic approach.

Moving way forward in time to 19th century Britain, honeymoons became a whole lot less intimate. Instead of being a time for the couple to bond in privacy, "bridal tours" became really popular. Basically, couples (particularly wealthy ones) traveled during their honeymoon, often for a period of several weeks to several months. Initially, this sounds super romantic, right? It turns out, however, the norm at this point was not to spend all of this time alone with your new spouse. Instead of spending some quality time alone, they brought along friends and family. What did they do on these journeys? They visited more friends and family, namely the ones who weren't able to go to their wedding.

Many modern couples combine the romance and privacy of tradition with time spent with friends and family. Instead of slipping away the night of their wedding, modern couples often leave within a few days of their wedding, so they have time for goodbyes with their families and tying up details. Often, couples travel for a week or two, either abroad or domestic; additionally, these honeymoon destinations may have a great focus on privacy and quality time.

In our day, honeymoons can be pretty pricey — Americans spend an average of $8 billion per year on their honeymoons, breaking down to an average of about $3,600 per couple, though some people do choose to use money-saving tips to trim the cost.

In all, the term "honeymoon" is a pretty odd one, and its usage and implications have certainly changed over time. I like to think of the "honeymoon" image relating back to the whimsical perceptions of the moon and nature, but it appears the actual root meaning of the term is a little more cynical than I'd anticipated. Food for thought, no?