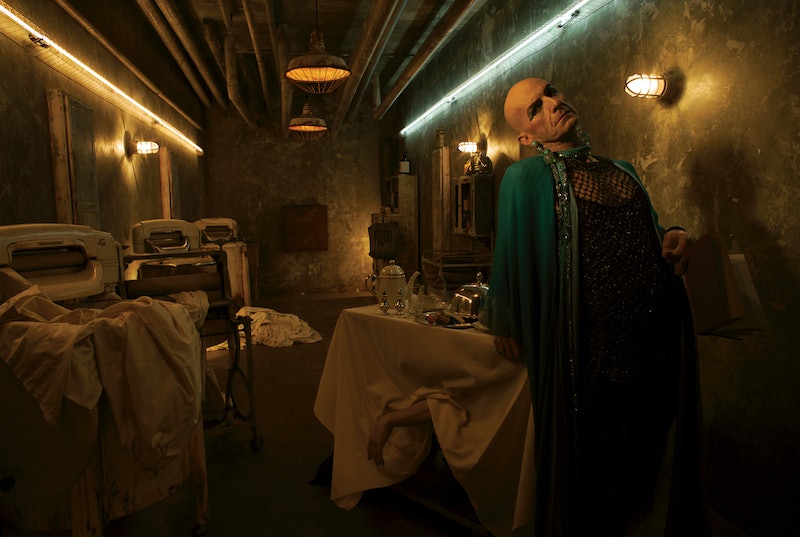 The possibilities are really endless since there are many terrifying settings Ryan Murphy has yet to explore, and he has the talent to make even the most normal location creepy. Luckily over the course of Hotel, there have been a couple of clues subtlety dropped that could steer theorizing fans in some interesting directions. One rumor that sites like Us Weekly have speculated on is that this coming sixth season could focus on Internet horror icon, Slender Man. But, according to E! News, those rumors are false and Slender Man will not be the main player of Season 6. Even though fans may be able to eliminate this particular rumor, there are still many creepy locations the show could explore.

As Bustle's Martha Sorren pointed out, Thacher boarding school was mentioned several times during the Hotel finale, leading many fans to wonder whether it was a subtle hint. And, boarding schools are notoriously creepy, in my opinion.

High school is also a pretty creepy and unsettling time. MovieNewsGuide.com has speculated about this location as a possibility instead of a full-on boarding school. Anyone who lived through the high school experience knows that there are many terrifying possibilities to be had here.

There have been many children scattered throughout the series that could probably make this a reasonable theme to explore next, as Entertainment Weekly has speculated. The entire orphanage environment has a darkness and creepiness associated with it that fits right in with AHS, and it would open up opportunities to tie it in further with previous seasons. Who knows if Bartholomew will escape again and need a place to crash?

Fans on Reddit have been calling for this theme for a while, and it seems like it would be perfect. Again, the theme of kids seems to be on everyone's minds and call backs to classic horror films like Friday The 13th would open up some more amazing references to play with.

Popsugar speculated that a setting in the woods could be possible. Honestly, nothing is scarier than the scary woods horror movie trope. The possibilities for mayhem are limitless and the shock value could be taken to a whole other level.

No matter where it takes place, I'm sure the show's fanbase is definitely excited for the ride.