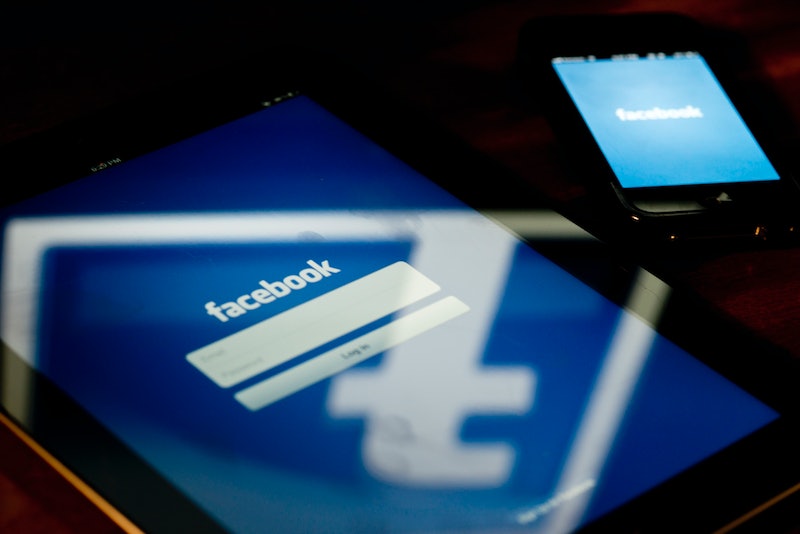 If you've checked Facebook in the past 24 hours, chances are you've noticed that the social media network's iPhone version of the app has rolled out a new feature allowing live video broadcasts. Stars like Dwayne "The Rock" Johnson and Britney Spears make it look easy, but how do you use Facebook Live Video if you're a mere mortal? Fortunately, the process itself is pretty simple, even if finding a red carpet premiere to broadcast may prove to be a bit more difficult when you're not a public figure. The rest of us should resign ourselves now to broadcasting nothing but videos of our cats and the insane Friday morning lines at Starbucks. (If that doesn't sum up the modern life of a non-famous twentysomething, I don't know what does.)

Facebook began testing Live Video back in August, when select public figures were given the option to share videos as they recorded them. The feature, which allows people to comment on, share, and like a video as it broadcasts, was expanded to some iPhone users in December, and on Jan. 28, 2016, Facebook announced that Live Video would be available to all iPhone users in the United States. The premise is simple: When posting a status, users now have the option to select "Live Video," which allows them to record, well, a live video. While the broadcast is under way, you can keep track of viewers and watch the real-time comments pile up; after you're done, it's automatically saved to your Timeline to delete or watch later.

If that's still too nebulous for you, don't worry — I've got the step-by-step guide to using Facebook Live Video right here.

For now, Live Video only works through the Facebook App, and only if you have an iPhone.

To get started, just navigate to the "update status" page like usual. Once there, you'll see a banner pointing out the option for Live Video.

3. Add A Description (If You Want)

You get a three-second countdown, and it's off to the races: You can record as long as you like, and the views start piling up almost immediately. In the course of my 18-second video, I got four views and two comments, and the count kept ticking upward the longer I left it up.

5. See What You Hath Wrought

The video automatically saves to your Timeline, where you can keep it, delete it, edit the audience it's available to, and so on.

There you have it! The future is upon us, and it's in the form of live broadcasts of what your friends are eating for breakfast. Isn't the world a wonderful place?