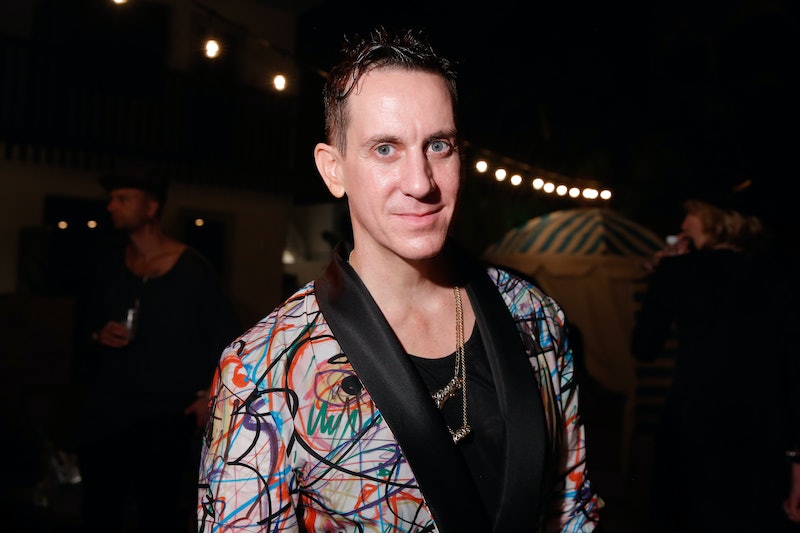 Where do soft drinks, pop culture, and fashion combine? It might not seem like the most logical intersection of topics, but it works better than you might think: Jeremy Scott is teaming up with Pepsi Co for an emoji-themed capsule collection of sunglasses, according to Women's Wear Daily. The collection will feature six pairs of sunglasses, all themed around Pepsi's new branded (and frankly, adorable) PepsiMojis, and is set to hit stores in June of this year.

According to WWD, Scott felt a special draw to the PepsiMoji collection — as he said, "you know how much I love pop icons and to be able to play with such an American pop icon as Pepsi that was telling me that they wanted to do something with emojis — something I have had dalliances with in past — felt like the perfect opportunity."

When you think about it that way, it's something of a match made in heaven — plus, in a way, this isn't the first time Scott has crossed paths with Pepsi: He also custom-designed Katy Perry's veritable deluge of outfits at last year's Pepsi Super Bowl XLIX (including the one she wore next to the infamous Left Shark, of course).

The lookbook has yet to be released, but the one pair of sunglasses Pepsi and Jeremy Scott have shared so far is pretty darn rad — the retro, citron yellow shades got that signature pop-art-y appeal Scott does so well, and they'll match up nicely with all the sodas you'll drink this summer.

Scott further elaborated on his affinity for the brand, saying, "I guess, to me, it has such a rich history from the ads and logo, and bottle shape and bottle cap. It relates to pop culture….I didn’t have to think about it too much, it felt really natural." The new collection is sure to fit in nicely with his past, heavily branded collections — in recent memory, he helmed ultra-covetable capsule collections with Barbie (which included tiny pink leather purses), as well as a similarly popular McDonald's collection (which included french fry box-shaped iPhone cases).