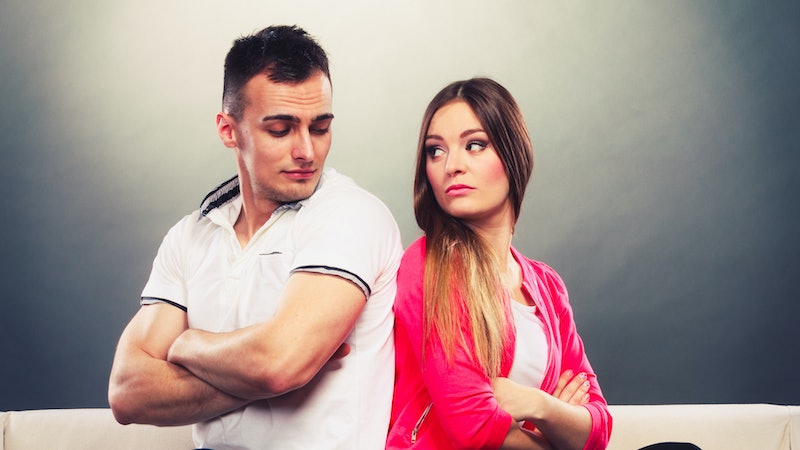 Even though having an ex also comes with a slew of new baggage, developing relationships and watching them end is a necessary evil to help you figure out what you really want. But that doesn't necessarily make it easier, especially if your ex is still in your life for one reason or another.

Fortunately, you're not alone. Most singles out there struggle with how to define an ex, how to interact with that person, and whether or not dating in their former social circle is a good idea. In Match's latest survey, Singles in America, researchers gathered information from over 5,500 singles in 2015, discovering the latest trends in dating, sex, and former relationships. Commissioned in association with Match's Chief Scientific Adviser, Dr. Helen Fischer, the study is illuminating how we tend to act and feel toward our exes. And yes, it's every bit as conflicting and confusing as you previously believed. Here are some of the most interesting statistics researchers uncovered about our past relationships, and what they mean for our future connections.

1. There's No Set Definition Of An Ex

It turns out that defining who qualifies as your ex may be as hard as defining what qualifies as a committed relationship. When polling their pool of singles, the researchers at Match found that over 50 percent of people on the market say an ex needs to be someone you've dated for three months. Women, on the other hand, seem to differ in opinion, with 30 percent of single ladies saying an ex is someone you've dated for over a year.

2. Residual Feelings For An Ex Are Pretty Common

Don't worry, if you've ever drunk-dialed an ex, you're not alone. Match found that 16 percent of singles admitted to calling an ex while under the influence, with half of those people saying they've done it two or more times. More women seem to be social media stalkers though, with 32 percent creeping on their exes' pages, compared to 20 percent of men social media stalking.

3. Taking The Ex Out Of Sex Isn't Easy

If you've ever had a sex dream about an ex, only to wake up the next morning asking yourself, "WTF was that about?" you also aren't the only one. An equal number of men and women, 33 percent exactly, have admitted to having sex dreams about their ex. A quarter of those people have even said they've followed through with their late night fantasies.

When you're running in the same social circles, sometimes it's tempting to date your ex's friend, but should you? Half of men think this is totally OK, but only a quarter of women say they would do this. When it comes to friends dating your ex, people aren't as forgiving. Half of women and a third of men said they would not be cool if a friend decided to date their ex. But, most people feel that staying friends with an ex is a complete possibility; half of men and 42 percent of women say that their past flings can still be considered their buds.