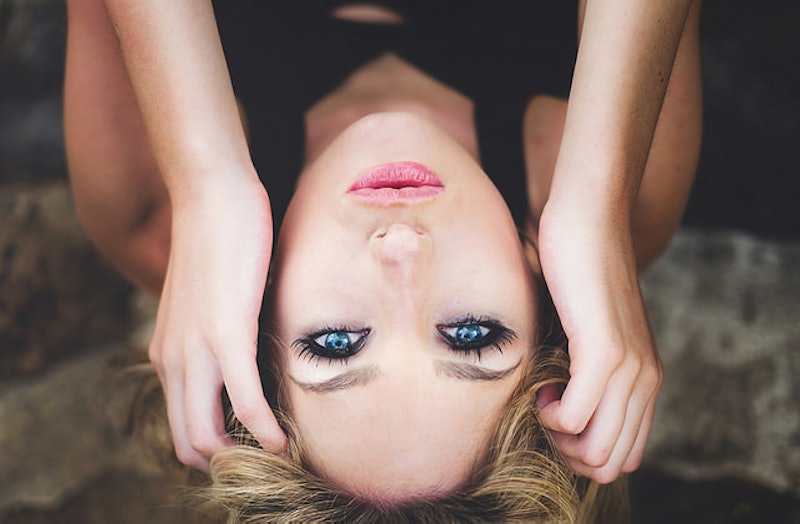 Multiple orgasms are discussed with the same hushed reverence as unicorns or genie lamps. The difference is that having a few orgasms in a row is possible, while unicorns and genies are ... well, I won't finish that sentence, for fear of upsetting you. But they're not real. (So sorry.) And multiple orgasms are. (Silver lining in everything!) But how do you have multiple orgasms? To find out, I talked to some experts for their best tips for achieving multiple orgasms.

First and foremost, you have to tone the muscles around your vagina and clitoris. As you wouldn't expect the muscles of your arms or legs to perform in tip-top shape if you never worked out, the same is true for these less-worked muscles. The good news is that you don't have to go to the gym: Just do Kegels, says lifestyle and fitness expert Sara Haley, who was rated as one of Shape's top 50 trainers in the country last year. "Studies show that strengthening the muscles around the vagina and clitoris is a proven way to increase the frequency of a female orgasm," she says. To strengthen these muscles, do about 10 to 20 Kegel exercises per day. Are you sitting there going, "Great advice. What's a Kegel?" Not to worry. Haley and Dr. Kat Van Kirk, licensed marriage and sex therapist and resident sex expert at Adam and Eve, illuminated me on the subject.

Haley adds: "Squeeze the same muscles you use that stop urine flow and the bum muscles that you squeeze that help you prevent passing gas at the same time. Hold for a count of two and release. The best thing about kegels is that you can do them any time, anywhere and without anyone knowing you’re doing them." Kind of a fun secret, and doable anywhere.

As with leg presses or bicep curls, "if you want to increase endurance, you must practice," Haley says. But there's a benefit to all of this: "If you want to be able to have more orgasms, you have to get those muscles ready for repetition," she says.

The Mind Is A Powerful Tool

OK, great. Once you get in the habit of doing Kegels, you'll have a better chance at having more than one orgasm at a time. So — how best to go about such an endeavor? First of all, don't discount the power of the mind. "Allow for more possibilities," says Dr. Kat. "Many assume that one orgasm (if that) is the best they can hope for — when in actuality, virtually all women are capable of having multiple orgasms. You need to realize that your body has all of the right equipment. All it needs now is the right stimulation."

So what is the "right" stimulation? For starters, "know what turns you on," Dr. Kat says. "If you masturbate on a regular basis, there is a much better chance that you will know how your body responds to a multitude of sensation. In addition, it's understood that the more orgasms you have — whether via self-stimulation or a partner — the more orgasms you will have. You are greasing the wheel, so to speak, to have as many orgasms as you would like." In other words, don't be afraid to explore your body solo. You'll learn what turns you on, and then you can share that with a partner if and when you're ready to do so.

Find The G-Spot — And Don't Let It Go

There's another factor at play here: the ever elusive and controversial G-spot. According to clinical review, there's no such thing, but plenty of anecdotal evidence suggests that there is a highly sensitive area where the G-spot is supposed to be, although it may be less of a "spot" and more of an "area." Tomato, tomato. In any event, here are Dr. Kat's thoughts on the G-spot:

"Many women have found that they experience orgasm more readily through G-spot stimulation. The G-spot is a bundle of nerve tissue about two inches into the vagina, on the upper wall. You or your partner can put your finger in a hook position and rub it back and forth vigorously or most mention that finding and stimulating the G-spot by using a sex toy designed to target that sensation is easier. The trick is to keep up the stimulation even if you get the urgency to urinate. This sensation typically passes right before your first (of probably several) orgasms."

Take A Timeout After The First Orgasm

Dr. Kat says it's best to take a timeout once you've had your first orgasm. Both she and Brooke Christian, founder of Flirty Girl, suggest taking a short break from stimulation once you've had an orgasm, with emphasis on short — both suggest hitting pause for just 30 seconds. Dr. Kat says:

"You can keep the stimulation going beyond the first orgasm but some women find that they do better by allowing themselves to plateau a bit with indirect clitoral/G-spot stimulation. Others prefer to take a 30 second break to focus on other sex play and then return to the stimulation that works for them."

Add Some Vibration To The Mix

When All Else Fails, Get Freaky

Sometimes, in the search for multiple orgasms, you have to get down and dirty. Or so says marriage, relationship and sex coach John Wilder, who shares a technique he says is "guaranteed to give [hetero] women multiple orgasms." He suggests that you take the lead in this scenario, and he is none too shy about getting graphic about exactly what he would recommend:

"Start by telling the man that you want to be the initiator and you want to tie him up by tying his hands to the head board. You then kneel straddling his face and tell him that you want him to give you a severe tongue lashing and you will not let him enter you until you have gotten at least one orgasm. Then you mount him in the reverse cowgirl position on top and facing away from him. You leave the lights on and tell him that you are going to give him his own private porno show allowing him an unrestricted view of his member entering her vagina and being buried inside you. Now the beauty is that the woman is in control of the speed, depth and angle of penetration, and she can operate in slow motion so that the man does not ejaculate too soon. If he does get close to ejaculating she simply stops and allows him to calm down. The secret weapon is an electrically powered industrial strength power tool vibe called the Hitachi Magic Wand. She can achieve as many orgasms as she likes until she is completely satiated."

Anyway, best of luck out there, ladies! Knowledge is power, and hopefully power in this case will translate to a few orgasms in a row. Here's hoping!