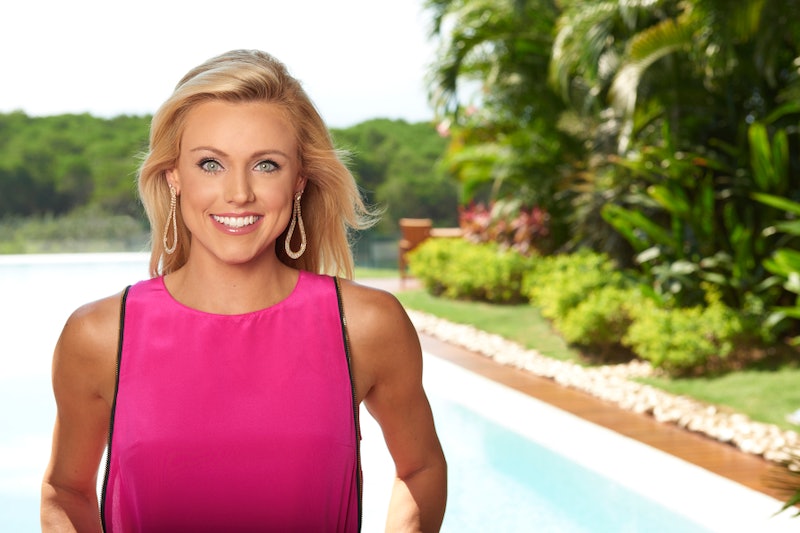 Look, I'm really happy for Ben Higgins trying to find love and imma let him finish, but former Bachelor star Ashley S. is reportedly pregnant and that news is just way more important to me right now, OK? The onion and pomegranate-obsessed contestant rose to fame on Chris Soules' season when she was 809 percent more interesting than most of the other women due to the fact that she cared not at all what anyone thought about her. She spoke to cats, talked about the Mesa Verde, and was very intrigued by The Bachelor mansion's flora and fauna. But, all jokes aside, Ashley S. is a normal person engaged to her college sweetheart, and now she's having a baby. I'm just really happy for her.

After failing to find love with Chris Soules or any of the jerks on Bachelor in Paradise, Ashley reunited with her college boyfriend Austin Brannen, and it wasn't long before he popped the question. Shortly afterwards the pair moved in together and now sources have confirmed to Us Weekly that the reality TV star is expecting. She hasn't confirmed it herself, yet, but that isn't surprising because she's actually pretty private for a post-Bachelor star. However, multiple sources have confirmed the information, and People is even reporting that the baby will be a boy.

There's no word on whether her pregnancy will delay her wedding, or if she's still planning to walk down the aisle soon, but, honestly, the details don't matter. I'm just excited that there's going to be another Bachelor Nation baby. Here's hoping little Salter-Brannen Jr. is just as free-spirited, delightful, and onion-obsessed as his mother.