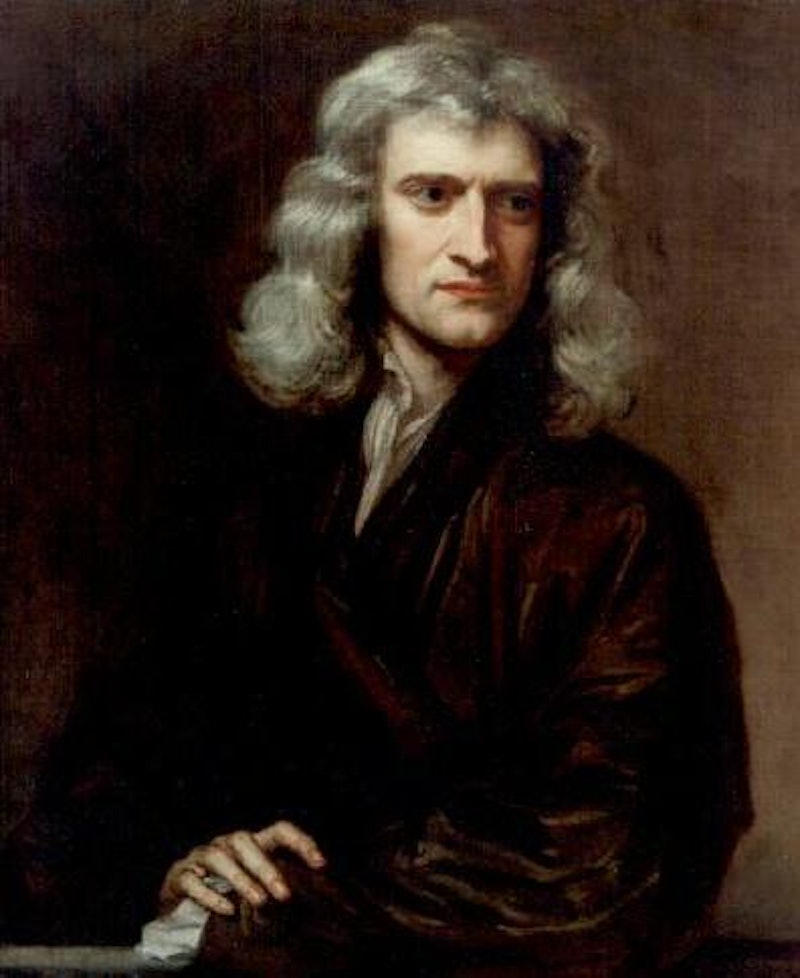 It's no secret that a woman's success is often overshadowed by more stereotypical matters — her wardrobe choices, whether or not she's a mother, her emotions, etc. Now, one mysterious Twitter user is writing bios of famous male scientists as if they were women — and the results are entertaining, yes, but also extremely pointed: They show exactly how ridiculous sexist coverage of women in the media is. I was lucky enough to chat with @Daurmith (she asked that we use only her Twitter handle) to delve a bit deeper into these tweets and more. "The response has been overwhelmingly positive," she says. "I'm happily surprised."

Although it's an issue that has long been on her mind, @Daurmith tells Bustle that the trigger for these tweets was the reactions to Sarah Howe winning the T.S. Eliot poetry prize. "Among the praise, there were some rather nasty ones attacking her youth, her beauty, her ancestry..." @Daurmith explains, adding, "I've read lots of articles talking about notable women and focusing on aspects not related to her work. I thought it'd be fun to change sides."

And that's exactly what she did. @Daurmith took some of the most notable males in science history and, instead of focusing on their accomplishments, turned the spotlight to other attributes, writing short bios in the language that would have been used for them if they were women. They highlight all the things media coverage of women tends to focus on — even if those things have absolutely nothing to do with their accomplishments.

Yes, this does happen. Look at women in politics, who regularly receive coverage not so much because of their accomplishments, but rather because of their hairstyles, body shapes, and clothing. There was that time Hillary Clinton wrote a damn book, but people were more concerned with her highlights. (Seriously — does a woman's hairstyle really say anything about her success in the professional world?) Oh, and then there was that time Nancy Pelosi was the Speaker of the House, but the real attention-grabber was her outfit. And let's not forget one of my personal favorites: Matt Drudge referring to Barbara Mikulski as a "fatty."

I think we'll probably all agree that there's nothing wrong with wanting to cover the familial role of a scientist, actor, politician, etc.; but we have absolutely seen a tendency for coverage of well-known female figures to shift away from their success and toward their roles as wives and mothers (or lackthereof, if they're not partnered or parents). If you're lucky, the coverage is at least positive. If you're former Texas state senator Wendy Davis, you're lambasted for being divorced while your ex-husband has primary custody of one of your daughters.

Angelina Jolie was a Goodwill Ambassador of UNHCR (United Nations High Commissioner for Refugees). She was awarded the Citizen of the World Award by the UN Correspondents Association, as well as the Global Humanitarian Award by the UNA-USA. She is also said to donate one third of her income to charity. Yet we're still obsessed with discussing not only her marriage to Brad Pitt, but the awkward triangle of Jolie, Pitt, and Jennifer Aniston when Jolie and Pitt first fell in love.

To be fair, I think this specific example has gotten better; however, women are still disproportionately the targets of relationship gossip, and frequently in a negative light at that. Men, on the other hand, have shown to benefit from coverage of their relationships, on the off-chance that this even happens. And that's even when the coverage is negative!

With @Daurmith's incredibly interesting take on this whole scenario, I asked her one more tough question: If there was one thing you could do to improve gender equality, what would it be? "I'm no expert, and I'm sure there are plenty of other more effective things to do, but I think we need to change our fiction," she says. "Stories shape the world, in a way. Leave the old ones as they were. That was the world then. But now tell the stories were women act, do, change, age. Where they are heroic and physical and stupid and funny and sad and pathetic and wise ... Do it without hitting the reader/viewer over the head with a hidden agenda. Just tell good stories, lots of them ... people will slowly get used to female astronauts, evil geniuses, henchwomen, firefighters, heroes, villains."

I like it, and I think it's a unique approach. And although the tweets certainly are laugh-out-loud funny, that's because they hit upon something very real: No one would ever write like this about professional men. And it's absurd that it continues to be "acceptable" to do so about women.

As @Daurmith points out, it's high time for a change.