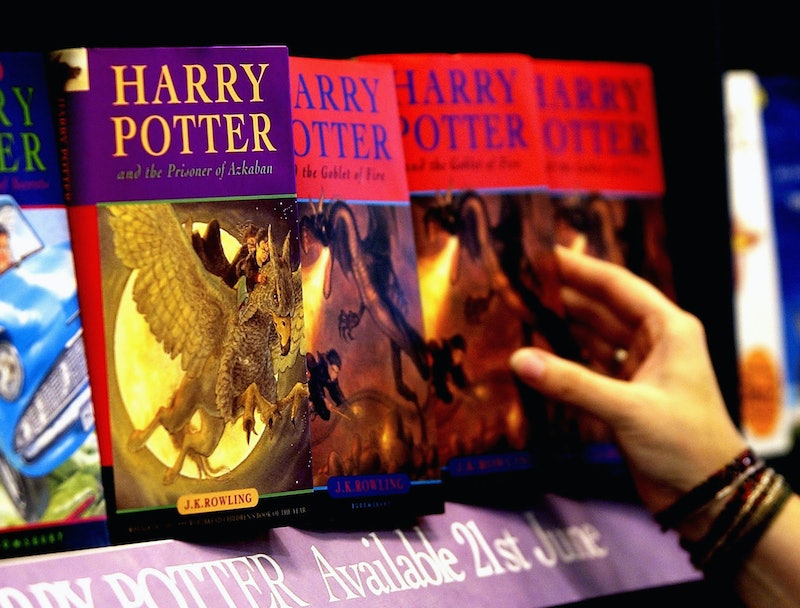 The Harry Potter series, summed up, is about love. The power of a mother's love saved Harry from dying the night his parents did. Snape's love for Lily kept Harry safe. Harry's ability to love became his biggest strength. The list can go on. J.K. Rowling taught us all from a young age that the power of love should never be underestimated.

Speaking of all this love, Rowling wrote some incredible quotes about love that will always be relevant. Sometimes you just need a little extra love, or a really beautiful quote to get you through the day. Especially with Valentine's Day quickly approaching, read up one some of your favorite Harry Potter quotes and text a few to your loved ones! If you're feeling really fancy, maybe write a special love letter using some of these amazing quotes:

1. "Do not pity the dead, Harry. Pity the living, and, above all those who live without love."

2. Dumbledore watched her fly away, and as her silvery glow faded he turned back to Snape, and his eyes were full of tears.

"After all this time?"

3. There was a clatter as the basilisk fangs cascaded out of Hermione's arms. Running at Ron, she flung them around his neck and kissed him full on the mouth. Ron threw away the fangs and broomstick he was holding and responded with such enthusiasm that he lifted Hermione off her feet.

"Is this the moment?" Harry asked weakly, and when nothing happened except that Ron and Hermione gripped each other still more firmly and swayed on the spot, he raised his voice. "OI! There's a war going on here!"

Ron and Hermione broke apart, their arms still around each other. "I know, mate," said Ron, who looked as though he had recently been hit on the back of the head with a Bludger, "so it's now or never, isn't it?"

4. "What do I care how he looks? I am good-looking enough for both of us, I theenk! All these scars show is zat my husband is brave!"

5. "You are protected, in short, by your ability to love!"

6. "Differences of habit and language are nothing at all if our aims are identical and our hearts are open."

7. "The old argument," he said softly. "But nothing I have seen in the world has supported your pronouncements that love is more powerful than my kind of magic, Dumbledore."

"Perhaps you have been looking in the wrong places," suggested Dumbledore."

8. "And without thinking, without planning it, without worrying about the fact that fifty people were watching, Harry kissed her."

9. "Dumbledore would have been happier than anybody to think that there was a little more love in the world"

10. "The ones that love us never really leave us. You can always find them, in here."

More like this
Rupert Grint Just Shared A *Major* Update About Ron Weasley’s Future
By El Hunt
Netflix Shut Down 'Bridgerton' S3 Rumours About A “Very Dark” Storyline
By Bustle
Delia Cai’s Small-Town Romance Goes Beyond The Tropes
By Samantha Leach
10 Equally Romantic & Heartbreaking Books From British & Irish Authors
By Shahed Ezaydi
Get Even More From Bustle — Sign Up For The Newsletter
From hair trends to relationship advice, our daily newsletter has everything you need to sound like a person who’s on TikTok, even if you aren’t.