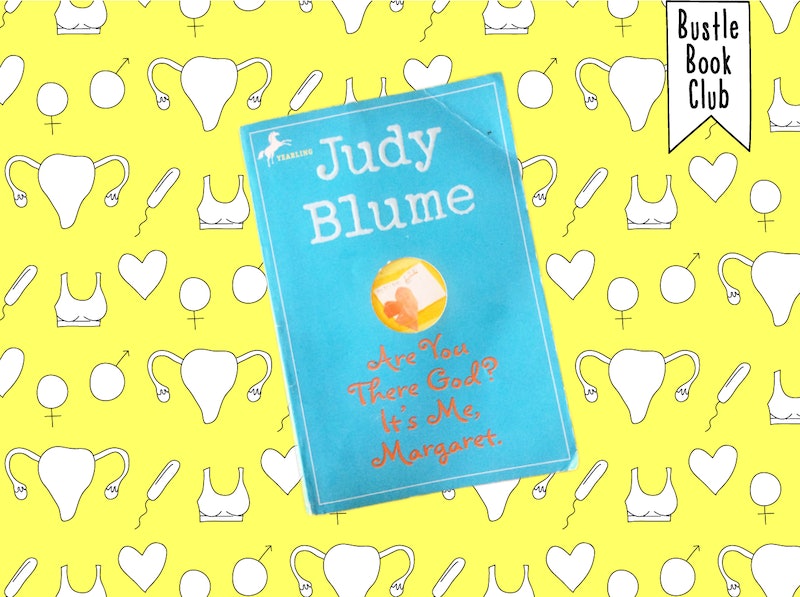 If you grew up any time between 1969 and today, chances are you learned everything you know about sex from Judy Blume. When the crappy sex education system failed you, when your parents were bashful, when classmates were passing around terrifying rumors — there was only one place you felt safe. And that place was nose deep in a Judy Blume novel.

Her advice is practical, but this is no mere sex ed manual; Judy Blume understands how you feel about sex, too. Beyond the birds and the bees, there are the matters of consent, desire, and love — and your understanding of how these play into sex are crucial.

1. How Much Sex You Have Doesn’t Define You: Forever

The first line of Forever is one of my all-time favorites: “Sybil Davison has a genius I.Q. and has been laid by at least six different guys.” In a world where a woman’s worth is often inversely proportional to how many people she has slept with, and where sexually active women are often portrayed as not only less moral but also less intelligent, it’s super-refreshing to see an author shake up these definitions. A sexually active woman could be a rocket scientist or bottom of the class; she could be a dancer or a poet; she could be a hopeless romantic or a cynic. In other words, she’s just a person.

“'That's right,' Mrs. Rappoport told us. 'And it's not a word you should be afraid of. Let's all say it.''Masturbation,' we all said together.”

3. Use A Condom: Forever

Katherine’s grandma didn’t try to impose abstinence on her; she just clued her in to a few of the actual risks associated with having sex: pregnancy, and venereal disease. Unlike what some of the scare-mongering we were exposed to as teenagers would have us believe, these aren’t terrible, life-or-death reasons to strap on a chastity belt and run in the opposite direction. Just use a condom.

4. Getting Your Period Is Neither As Exciting Or As Terrifying As You Think: Are You There God? It’s Me, Margaret

Before I got my period, I thought it would be the single most defining moment of my young life. I thought it would be terrifying and painful but also emotional and enlightening. As each of my friends started to get theirs, I saw them through different eyes: could we still be friends now that they were women and I was just a girl? But then Are You There God? It’s Me, Margaret told me the truth: it doesn’t really change much. Sure, there’s lots to learn, and hell yeah you should be period-positive — but overall, your period isn’t going to redefine your world.

5. You Need To Feel Ready For Sex On Your Own Terms: Forever

Without Forever, I never would have known how many different ways there are to feel *ready* for sex. Your body can be ready, which is what Michael points out with his hand down Katherine’s pants as a way of telling her it’s time for them to do it. But at that point, Katherine doesn’t feel emotionally ready yet — so she shuts that right down. And it goes vice versa too; just because you feel ready to take a new step in your relationship, you need to wait for your desire to kick in before you should force anything.

6. So That’s Why Boys Carry Briefcases: Then Again, Maybe I Won’t

I remember hearing rumors about why boys would need to carry raincoats or big piles of books in front of them, and never understanding until I picked up this rare Judy Blume novel from a male perspective. Suddenly, a whole new world opened up to me — a world of erections and wet dreams and other mortifying aspects of male adolescence — and a lot of schoolyard jokes finally clicked into place.

Hands up if you can’t hear the name Ralph without thinking of Michael Wagner’s penis. Yeah, me neither — which is awkward, because it’s my husband’s name. Ralph (the penis, not my husband) was a staple of many of our childhoods. He let us in to the secrets of the adult world, and one of the most surprising was that sometimes, he just wouldn’t play along. In our society, men are painted as always and uncontrollably ready for sex, an image which has damaging effects for all sexes. So it was pretty fascinating stuff the first time I realized that guys’ bodies aren’t perpetually ready to ravish me at any moment.

8. Marriage Is Not The End Goal Of Sex: Wifey

Why buy the cow when you can get the milk for free? Um, there are a lot of reasons that question is idiotic (like, the fact you actually love the cow and that, oh yeah, HUMANS AREN’T COWS). But one of them is that it assumes that marriage is the ultimate end goal of having sex. In Wifey, Judy Blume portrayed a bored housewife pursuing an extramarital affair, because it turns out women’s sexuality is about more than just scoring a husband.

9. Women Have Orgasms Too: Forever

In this very telling tweet, Judy Blume says that she received complaints about Forever being unrealistic — because Katherine had orgasms. To this day, female pleasure is still not a standard part of our frankly terrible sex education, while male ejaculation is deemed crucial. In my teens, we still talked about coming as “that thing guys do”; until reading Forever, I never knew that actually enjoying sex was on the cards for me. And people say there’s no need for consent education...

10. If It’s Not Forever, That Doesn’t Mean It Wasn’t Worth It: Forever

For women who believe they lose their value when they first have sex, it can feel pretty vital that the relationship works out. (No thanks to Taylor Swift for continuing to spout this one: “Abigail gave everything she had to a boy who changed his mind…”). But in Forever, Judy Blume paints an alternative picture: Katherine and Michael had something really lovely, and it didn’t work out, but that doesn’t reduce what they had. Oh, and Katherine can go on to fall in love with someone new; she’s not damaged now. Cool.

11. Chanting “I Must Increase My Bust” Is A Sure-Fire Way To Go Up A Cup Size: Are You There God? It’s Me, Margaret

Oh wait, that one’s actually not a great lesson.

More like this
Candice Brathwaite Is Over Using Her Own Life For Material
By Shahed Ezaydi
Expert Tips For Being On Top When You're Plus-Size
By Lexi Inks
The Best Time To Date After A Breakup, According To Experts
By Bustle Editors
Are Leo & Leo Compatible In A Relationship?
By Kristine Fellizar
Get Even More From Bustle — Sign Up For The Newsletter