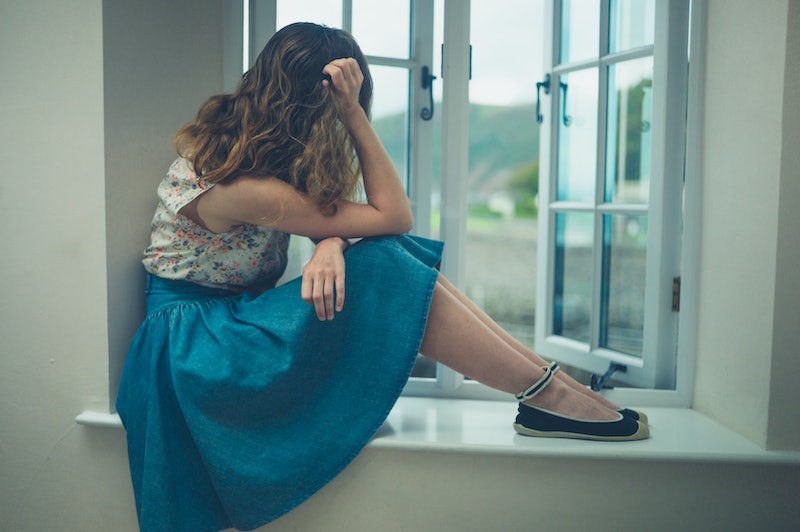 As clear as it may be to outsiders, emotional abuse can be difficult to recognize while it's happening, especially in a culture that romanticizes all-consuming (aka codependent) relationships. Needless to say, this makes it hard to spot common abusive phrases in everyday life — after all, part of the power an abuser holds in such a relationship lies in their ability to make the victim think that the abuse is "all in their head," or that it's their own fault. Unfortunately, emotional abuse often goes unnoticed or ignored as a result; in fact, the abuser may not even realize how destructive their manipulations can be.

Of course, this begs the question of what constitutes emotional abuse. Simply put, this type of abuse is a pattern of behavior that consistently degrades, humiliates, or invalidates the victim's self-worth or personality. It can take all kinds of forms: The silent treatment, controlling behavior, subtle (or not-so-subtle) put-downs, bouts of jealousy, and so on. On their own, some of these behaviors are excusable; a small amount of jealousy is normal in a relationship, and we've all resorted to the silent treatment once or twice, no matter how petty it may be. However, a relationship becomes abusive when these behaviors are frequent tactics used to manipulate the victim into staying with the abuser, no matter how unhealthy the relationship turns out.

The following list of common abusive phrases is far from exhaustive, but it's a start — although if you're already wondering whether you're in an abusive relationship, chances are you might be. On the other hand, saying one or two of the following phrases doesn't make you abusive, but if you find yourself using them frequently, it's probably time to reassess your relationships with others.

This phrase, or any other phrase implying someone is too sensitive, is an easy way to assert power: Not only does it downplay the source of distress, which was probably the abuser, it also invalidates the victim's feelings — a common sign of gaslighting.

Victims of abuse are often subject to a stream of criticism about everything from their looks to their personality; emotional abusers find ways to create insecurities where there may be none, and they later exploit them for their own gain. Needless to say, this can take an enormous toll on a victim's self-esteem over time.

Abusive people are controlling by nature, and chances are they'll try to couch their actions in terms of the victim's benefit at first. However, any attempts to control you, whether it's telling you to change into a longer skirt or open a joint bank account, are ultimately for their good, not yours.

This phrase can serve several purposes: First, it literally downplays your worth as a human being, and second, it implies that the abuser nobly suffers through your presence when nobody else will. Furthermore, it could be used as a threat to leave the victim, which is a common sign of emotional abuse.

Abusers aren't always negative; they may even profess their love frequently. However, it's often followed by a reason they think they're the only person who will love you, which encourages you to stay in the relationship while also reinforcing your low self-esteem. Additionally, it may serve to isolate the victim from friends and loved ones.

Whether they're threatening to harm you, themselves, or leave it unsaid, this phrase is a threat, pure and simple. If someone uses it against you, it's time to get out of the relationship as fast as possible.

More like this
Wimbledon Alters All-White Kit Rule Amid Candid Period Discussions
By Catharina Cheung and Rachel Mantock
Are Sagittarius & Capricorn Compatible In A Relationship? Astrologers Weigh In
By Kristine Fellizar
Are Sagittarius & Sagittarius A Good Match? Astrologers Weigh In
By Kristine Fellizar
Iran Has Issued A Death Sentence Over Mahsa Amini Protests
By Catharina Cheung, Darshita Goyal and Maxine Harrison
Get Even More From Bustle — Sign Up For The Newsletter