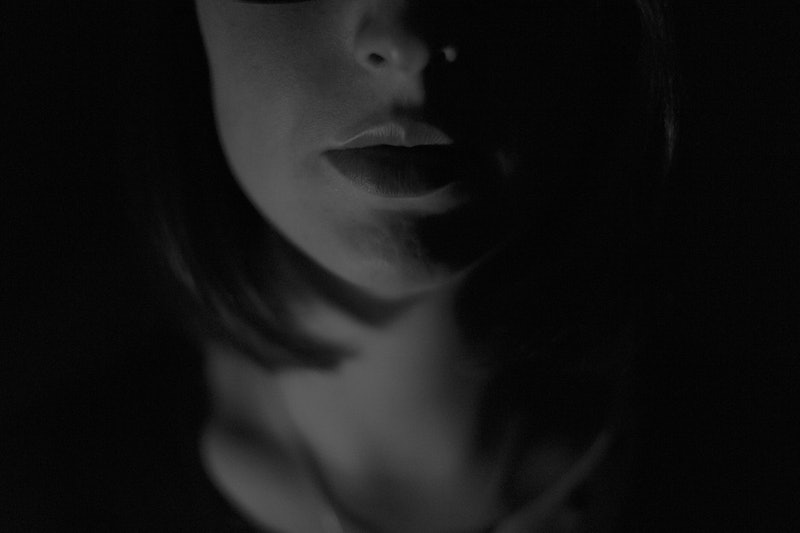 While many of us have now heard of gaslighting — that is, making someone doubt their own perceptions of reality — as an emotional abuse tactic, there are many common phrases you may not realize are gaslighting present in our everyday language. Dictionary.com defines "gaslight" as "to cause (a person) to doubt his or her sanity through the use of psychological manipulation." And plenty of people have the validity of their observations, if not their very sanity, questioned regularly — even if the person doing the questioning doesn't realize they're gaslighting in the first place.

The word "gaslighting" comes from the film Gaslight, in which a husband alters aspects of his wife's environment, including the gaslights, then tries to convince her she's imagining these things when she points them out. That's essentially what gaslighters do: Convince people, especially sensitive people or marginalized people who are privy to forms of oppression others aren't, that they are imagining things as a means of controlling them.

Gaslighting can be used not only to dismiss people's emotions, like we do when we tell people they're being too sensitive or taking something too personally, but also to dismiss whole movements. People who advocate for social justice are often called "overly sensitive" or "fragile and angry," for example.

Here are a few phrases we hear every day that gaslight people into doubting their own perceptions and sanity and, by doing so, silence marginalized groups.

People don't tend to believe there's such a thing as "too sensitive" when it comes to physical characteristics, like sensitivity to heat or allergens. Yet when someone is emotionally sensitive, it is considered a choice, and that choice is often assumed to have bad intentions behind it. When someone gets cold easily, we don't usually mind turning up the heat or at least offering them a jacket, yet when someone objects to sexist stereotypes or cries easily, we sometimes act like they're trying to be difficult. But they're not. People's emotional sensitivity levels vary just as their physical characteristics do, and that's not morally right or wrong.

This accusation is usually used to put down people who point out the offensiveness of a joke directed toward a particular group, often their own. A person of color doesn't think blackface is an acceptable form of comedy? They must just have a bad sense of humor. A woman doesn't laugh at a rape joke? She's just being a killjoy. Rather than listening to why certain jokes are problematic, saying "you can't take a joke" protects the joke-teller at the expense of the person who is the butt of the joke. In general, gaslighting tends to defend members of a privileged group at the expense of oppressed groups.

This phrase usually implies that someone is unnecessarily policing others' language, as if pointing out potentially oppressive terms is hindering free speech. People who advocate use of politically correct language are also often accused of infringing on the First Amendment. However, advocating that we exercise a right responsibly is different from taking that right away. The way I look at it, it takes nothing out of me to use gender-neutral pronouns and avoid racist expressions, but it takes a lot of out people to hear oppressive language, so why would I exercise my right of free speech at the expense of others' inclusion? Others' ability to feel respected is more important to me than my "right" to think without speaking.

4. "You're Taking It Too Personally."

Granted, it's important to acknowledge when things aren't personal. Sometimes, someone is having a bad day and says something out of line, and that doesn't reflect on you. However, telling someone they're taking something we said too personally is a way of displacing responsibility for our own behavior onto them. Nobody is going around trying to be hurt, so if something we say hurts someone, it's on us to do better. Even if we couldn't have known something would hurt someone at the time, we can still try not to upset them in the future rather than argue about whether they should have been upset in the first place.

"Thin skinned" is usually considered a negative quality. But being susceptible to getting hurt also means you notice things that others don't. We're conditioned to think of thought and feeling as separate and devalue the latter, but I can say from experience that a lot of the smartest observations I've had resulted from getting a feeling that something was off and then probing that feeling. Sensitivity and critical thinking go hand in hand. Sensitive people and "social justice warriors" are not irrational people overtaken by their emotions; they're intelligent thinkers attuned to their surroundings. In other words, we're upset because we're paying attention. And that's nothing to be ashamed of.