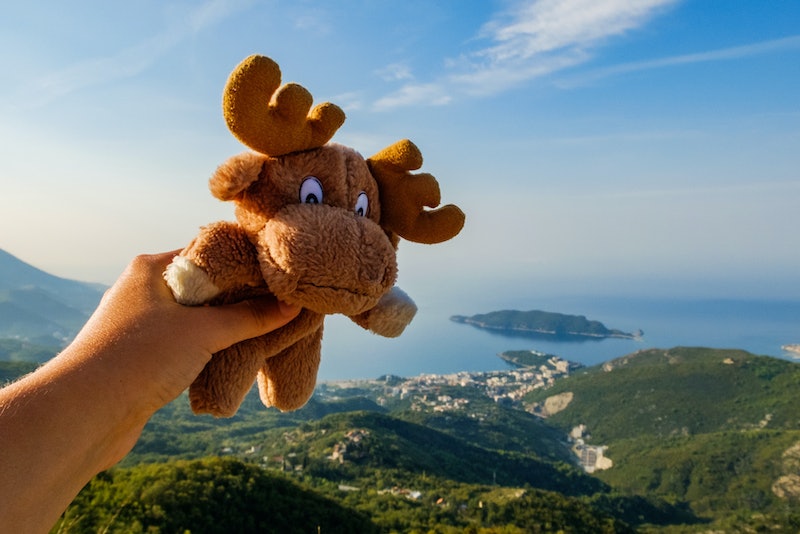 Out of all the ‘90s toy fads — and there were a lot of them — there was one to which I was by far the most devoted: Beanie Babies. But while Beanie Babies could bring great joy to the humans to which they belonged, there were also a wide variety of struggles all Beanie Baby owners understand — even after all this time. Was the fad ridiculous? Of course; most fads are. But that still didn’t stop so many of us from getting in on it, experiencing both the good things about it and the… well, not exactly bad things, but… well, let’s call them the less good things.

My Beanie Baby collection was embarrassingly large. While it’s true that each individual Beanie didn’t cost more than a couple of bucks, it adds up, and, well… I’m kind of ashamed of it now. But man, did I love those little bean bag animals — I was always more of a stuffed animal kid than a doll kid in the first place, and those adorable, portable little creatures really, really did it for me. I still remember the first one I ever got: The black and white cow officially named Daisy, but which I referred to as Moo Cow.

I don’t know where my Beanie Baby collection is now; I hung onto it for years — well over a decade, even — but I’m fairly certain my parents donated them all when they packed up the East Coast house I grew up in and moved to California after my brother and I had long since moved out. It’s OK, though — if that’s where they ended up, then I’m sure they all managed to find loving homes with kids who adore them as much as I did.

1. When Your Collection Is So Big That People Start Accidentally Gifting You Beanies You Already Have

No one needs five Tabascos. I appreciate the thought, though.

2. Looking Everywhere For The One You’ve Always Wanted Before It Gets Retired And Never Finding It

Whenever a new list of soon-to-be-retired Beanies came out, there was a mad scramble to gather up as many as possible. Woe betide you if that one you always wanted was on said list, though; the odds of you finding it were slim to none. And the regret about the fact that you never did manage to find it will haunt you forever.

3. Or, Looking Everywhere For The One You’ve Always Wanted Before It Gets Retired, Missing It In Stores, And Then Finally Finding It On eBay… For An Absolutely Absurd Price

According to the Fiscal Times, Beanie Babies could go for a 1,000 percent markup on eBay at their height. 1,000 percent. That is bonkers.

4. When Your Sibling Snuck Your Most Prized Beanie Out Of Your Room Without Asking

5. When Your Favorite Beanie Sprang A Leak

It wasn’t so bad if you caught it early enough to stitch it up before all the beads tumbled out... but if you were too late? RIP, Patti the Platypus.

6. When You Accidentally Yanked The Tag Off

Gasp! What have I done? I just destroyed its intrinsic worth! What will I retire on now?! I’m ruined! Ruined for life!

7. Missing Out On Teenie Beanies

Were they all they were cracked up to be? Of course not. But everyone wanted ‘em — nay, needed them — anyway. Because apparently we are all lemmings.

8. Missing Out On Limited Edition Beanies

Did I really care that much about politics when Lefty and Righty were released in 1996? No, because I was 11 years old. Did I want them anyway? Yep. And anyone who missed out on them — or on Princess, or on any of the myriad other limited edition Beanies that have debuted over the years — experienced major FOMO before we even knew what FOMO was.

9. Realizing That Your Collection Is Actually Kind Of Pointless

Did anyone actually play with their Beanie Babies? No one I knew did; we just kind of hoarded them, continually grasping for more, more, more. When I made this realization as a relatively young child, I had a small existential crisis spurred on by the recognition of vapid materialism and the subsequent horror it inspired.

I’ve never really been able to get behind collection-based hobbies since.

11. Realizing As A Grownup That Your Childhood Collection Isn’t Worth Anything Close To What You Thought It Would Be

So much for retiring on your Beanies, whether they had their tags or not.