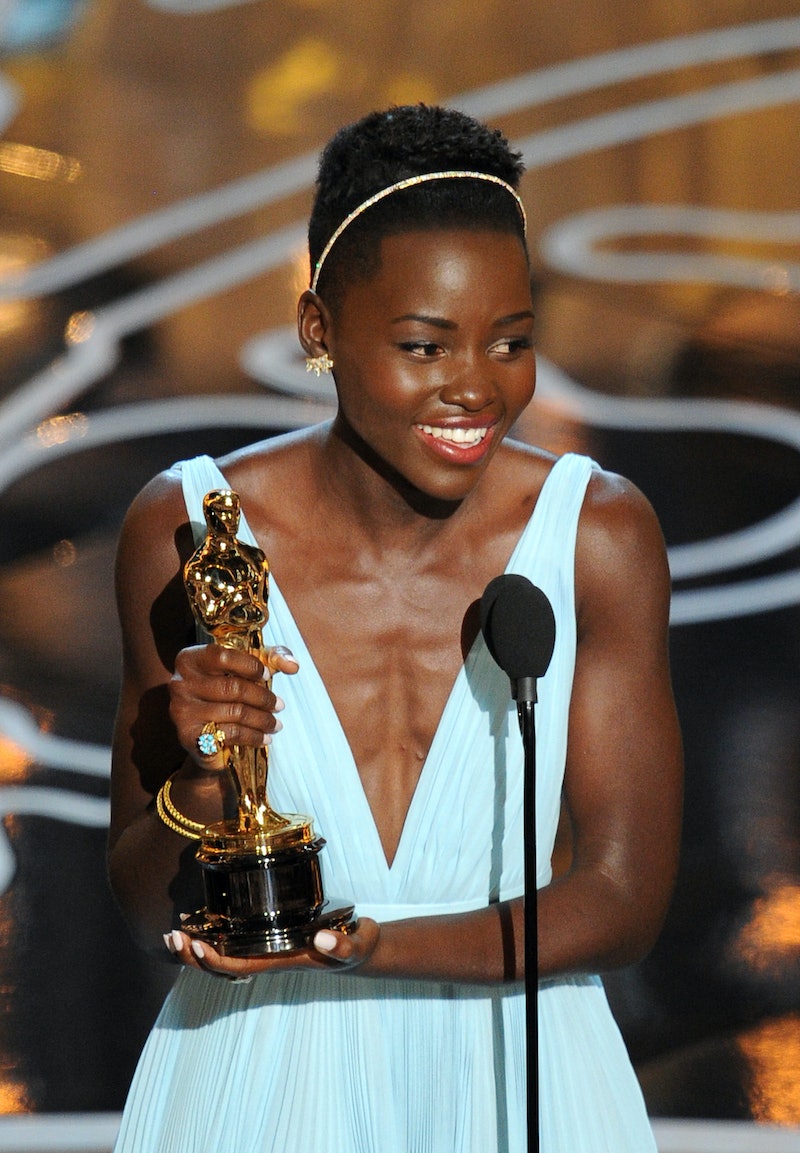 There's been a lot of talk surrounding the actors and directors nominated by the Academy of Motion Picture Arts and Sciences for Oscar awards this year — primarily, how the nominated groups are overwhelmingly white and not at all diverse — but it looks like we have something to look forward to when it comes to the actual awards show on Feb. 28. This year, instead of thanking everyone in their Oscar acceptance speech, Oscar nominees will fill out a card with the names of all the people they wish to thank — and if they win, the names will scroll past on the screen for viewers while the winner giving their speech.

Though it's certainly a different format to what viewers have gotten used to over the past eight decades the Oscars have been held, this is a great move. With the new format, viewers can have 45 seconds of an actual speech from the winner, as opposed to a list of people they'd feel bad not thanking — the winner can, of course, still thank those close to them if they'd wish, but this way, their speech will be much less cluttered.

Still not convinced? The following are the reasons why this is a definite boon to the event.

1. Emotional Speeches Won't Get Cut Off As Often

With the extra time freed up, winners will actually have time to make their emotional speeches cohesive without getting cut off too soon.

2. Viewers Won't Have To Hear About People We've Never Heard Of

It's important winners than everyone, but a list of names doesn't make for a particularly riveting speech.

3. Winners Won't Have To Worry About Forgetting Anyone

There's a lot going on when you get to accept an award. There's all sorts of feelings, and if you didn't prepare in advance, it's not easy to remember everything and everyone in your life you'd like to thank. Now, with the scrolling screen of thank yous, all will be well and (probably) no one will be forgotten.

4. Speeches Will Be More Interesting

Winners will have to work to make their speeches less about thank you lists and more about their roles in the films they were nominated for, or anything else they wish. It will be so fascinating to see what they all come up with.

I'm convinced these new changes will make the show even better than it is — it's a great move for the show, and should make for an interesting telecast on Feb. 28.