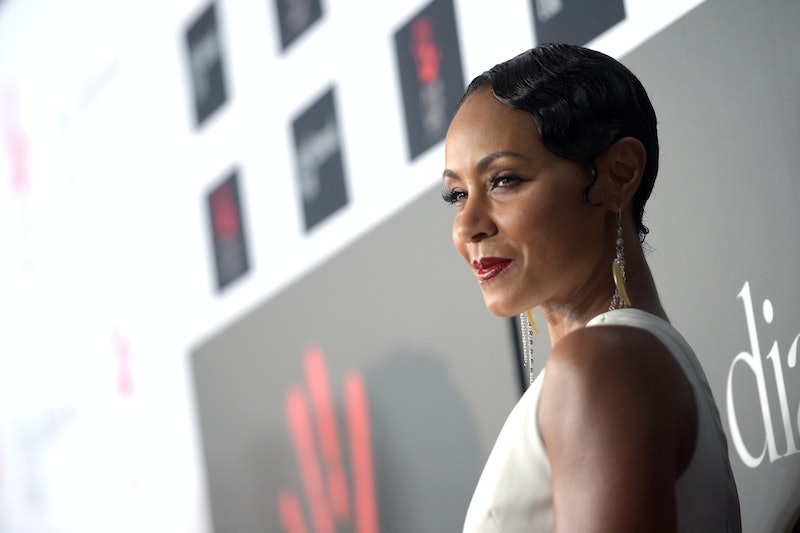 For the second year in a row, #OscarsSoWhite has been championed as a response to the lack of diversity at the Academy Awards. The conversation began after the 2015 Oscar nominations, largely in response to the absence of David Oyelowo's name from the Best Actor category for Selma. And this year, a lot of the anger seems to be directed at the lack of nominations for the black lead actors of Concussion, Straight Outta Compton, Beasts of No Nation and Creed, as well as the filmmakers behind those movies. Why wasn't Idris Elba nominated for Best Supporting Actor? Why did Creed receive no nominations apart from one for Sylvester Stallone — the one white actor in the film? These are questions that must be asked, and should be put forth when discussing the predominantly white male Academy and the films they nominate. However, it is important not to let the #OscarsSoWhite conversation become solely a discussion about black and white.

After all, black actors and filmmakers aren't the only people the Academy declined to recognize, although, due in part to stars like Spike Lee and Jada Pinkett Smith publicly announcing they would be boycotting this year's Oscars out of protest for the lack of black nominees, it might seem that way. This year — as in many years — the Academy ignored other minorities, as well: Hispanics, Asians, and more. Yet this has rarely been addressed, and when it is, it's glossed over. Just take a recent statement George Clooney made to Variety , in which he shamed the Academy for the lack of diversity in the 2016 nominees. Clooney noted that Concussion, Creed, Beasts of No Nation and Straight Outta Compton could have yielded nominees for black actors and filmmakers, and only gave a quick mention to other minorities.

"There should be 20 or 30 or 40 films of the quality that people would consider for the Oscars. By the way, we're talking about African Americans. For Hispanics, it's even worse. We need to get better at this. We used to be better at it."

Clooney's acknowledgment of Hispanic actors is notable, but it's only one comment. There needs to be a bigger conversation around the lack of nominations for all minorities, as the danger here is that the vital discussion emerging from the #OscarsSoWhite campaign is focusing solely on certain people and not others. To fully grasp the lack of overall diversity at the Oscars, one must go back over the last few decades and look at, not only Academy Award winners, but also nominees. Over the past 20 years (from 1995-2015), black actors have earned 30 Oscar nominations, including repeated nominations for the same actor. Out of 400 nominees, 30 is not so great, but compared to the three East Asian nominees (none of which were nominated as leads), it's a lot. It's also more than the 12 for Latino and Hispanic actors and the other five or so minority nominees I counted. It might not be saying much, but, statistically, black actors have been much better represented in Oscar history than any other racial minority.

If these numbers aren't enough to get you talking about the bigger picture, consider the fact that, for example, of all the Oscar snubs evoked in #OscarsSoWhite, not one of them is populated with Asian or Asian-American actors. (Neither are any of the Oscar nominees, save The Big Short, which features three Asian characters, all with less than five lines and only two that actually appear on screen.) I'm not trying to say that Asian actors have it worse than black actors, or that one minority is more deserving of representation than others. I point this out only to demonstrate how worrisome it is when the conversation about Oscar diversity revolves solely on the lack of black nominees, rather than acknowledge all minorities that are being overlooked.

The reason why the absence of black nominees is so talked-about makes sense, as there are more high profile films made for/by/about African Americans than any other minority in Hollywood, and so it is more obvious when those films are ignored by the Academy. But when talking about #OscarsSoWhite, it is important to also acknowledge the films that we don't hear about, the ones that aren't even made, those that can't even be considered by the Academy because they simply don't exist.