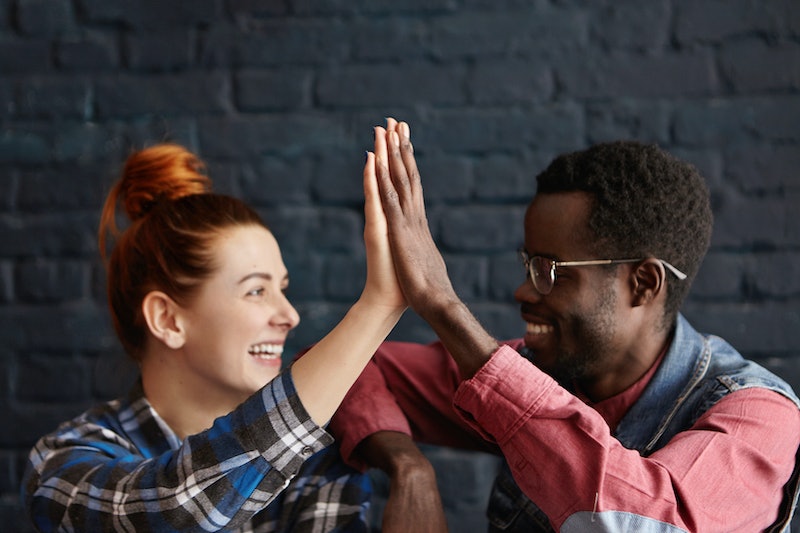 There are some slang words that disappear as quickly as they debuted, while others are able to stick it out for the long run. While the words "lit" and "turnup" might be cultural landmarks of 2014 and 2015, there are some slang words that will never go out of style; indeed, many of them have been around for decades and show no signs of slowing down. It's true that the meanings of these words and phrases may shift around slightly to better suit the vernacular of each era, they have still stood the test of time, lasting for more than a generation — and, in some cases, more than two.

It seems that slang words are generated much more quickly in the Internet era, with memes pushing all sorts of words out into the world for quick consumption and even quicker disappearance. After a short space of time, these words are quickly replaced by a new wave of memes, and the cycle begins once again. But while I'm glad that slang words like "on fleek" and "bae" are slowly tapering out, I hope that phrases like "throwing shade" and "yas queen" stick around until I'm old and gray, so I can say them to children without sounding like an outdated relic. Because, you know, those are my priorities.

Let's take a look at some old slang that has transcended time and is still used today. Maybe someday "yas queen" will be on this list, too.

My grandma, mom, and peers all use the word "cool"; more importantly, though, they all use it correctly (good work, grandma), showing that the word has truly withstood the test of time. Our modern definition of the slang word came into existence around the 1920s and 1930s, when Anna Lee Chisholm recorded “Cool Kind Daddy Blues" and Zora Neale Hurston used is as a positive term of approval and admiration. Today, the word is used so often and so widely that there's no need to justify its use. It's always been cool to say "cool."

The word "dude" showed up in New York City without any known origin back in the late 1800s; though recent research suggests it was a way to shorten "Yankee Doodle," there's no concrete evidence that this was the case. Although it is cited by most dictionaries to mean "a man" or "a fellow," everyone these days calls everyone else "dude," which has erroded its gendered associations somewhat. In the early '90s, teen surfers tried to make "dudette" happen for all the ladies who weren't feeling all the dude love, but it didn't stick around for as long as "dude" itself has.

The word "sweet," which originally meant "having the taste or characteristic of sugar," started to mean "lovely or kind" over time. It took on the meaning "agreeable or delightful" in the 1980s, around the same time people started to use "groovy." The latter word, sadly, did not last.

This one's for all my Bostonians, although despite the fact that I lived in Boston for three years, I could never pick this word up with as much zeal the locals have for it. "Wicked," like "sweet," came into the popular lexicon around the '80s as a way to counter the word "cool." Instead of replacing "cool," both words decided to stick around for a while, and now "That's wicked cool" is a common phrase heard in Massachusetts, Rhode Island, and other New England states.

It seems like 1980 was a time of linguistic innovation, because it's also around the time that the word "dope" — meaning "great or excellent" — appeared on the scene. Previously, it was used only to refer to an illegal drug or stupid person, but the modern slang meaning of the word turned those tables completely around.