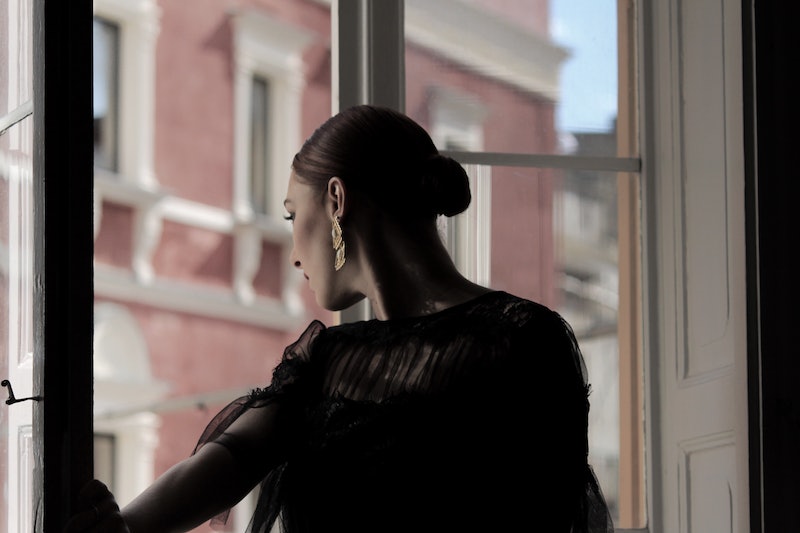 IUDs are gaining popularity at a rapid speed: in fact, between 2006 and 2013, the number of IUD users increased by 83 percent, and implant use tripled. Doctors and everyday women alike are happy to hear this, because IUDs are one of the most effective ways to prevent pregnancy, clocking in at 99 percent prevention rate. But their popularity doesn't necessarily mean we're armed with all the information we need. Like, do you know exactly what actually happens in your body once the IUD is inserted?

There are two main categories of IUDs: the hormonal and the non-hormonal. Here, let's talk about the former (here's an article that talks about what happens when you get a non-hormonal IUD). The most common hormonal IUDs you'll hear about are called the Mirena and Skyla, and a lot of women who have them praise the T-shaped device because it's made their periods much more bearable. They release a low level of progesterone, but no estrogen, into your system to get the job done.

As always, no matter what, don't solely put your trust in the Internet. Speak with a medical professional if you're thinking about getting a hormonal IUD, or have any lingering questions about the IUD that's already been implanted in you.

Here are seven things that happen to your body when you get the hormonal IUD.

The hormonal IUD controls the release of a hormone in your body called levonorgestrel, and its presence in the uterus makes it nearly impossible for a sperm to weasel its way in there. That thickened cervical mucus essentially creates a hostile environment for sperm, so the likelihood of it reaching an egg is nearly impossible.

2. The Lining Of Your Uterus Thins Out

With a thinner lining of your uterus, it's more unlikely that an embryo will make a home there. What some might consider equally important, though, is that this also results in a much easier period. Some women with hormonal IUDs have reported that they stop getting their period altogether (which is not as bad for you as we once thought).

Dr. Minkin said that, if by some divine miracle, sperm made its way through the thick cervical mucus and fertilizes an egg, the thin lining of your uterus makes it almost impossible for implantation to occur. In that case, you'd only be looking at a small group of cells, not a small child.

3. You Continue To Ovulate Normally

That is, unless you've got another issue going on in your reproductive system, in which case, you'll have to talk to your doctor. But the hormonal IUD doesn't work by stopping you from ovulating, the way the pill does; the progesterone is such a small amount that it stays in your uterus, rather than getting absorbed into your bloodstream and halting the ovulation cycle.

In the first year, it may tinker with when you're ovulating, but that's only because your reproductive system is getting used to the device. It should return to a normal schedule pretty quickly.

4. You Might Have Irregular Spotting For A Few Months

Your uterus needs a minute to get used to the small T-shaped device that was just inserted into it. That means you'll probably find some weird stains of blood on your panties at strange times of the month. Spotting is a super normal side effect of having an IUD inserted, and it likely lasts for the first few months of having one, so don't panic and convince yourself that something is wrong — unless, you know, you really feel like there is.

5. Your Periods Get Lighter & Less Painful

The small quantity of progesterone regulates your menstrual cycle, and a thinner uterine lining results in less cramps and a lighter flow. In fact, after the first few months, you'll see 90 percent less bleeding in your regular periods, and many women with hormonal IUDs happily report that their periods have all but disappeared.

After you get the IUD, androgen might overstimulate your oil glands. That's complicated science code for: you might see some pimples and zits pay you a visit. Even the smallest amount of additional hormones in your body makes a difference, so the Mirena or Skyla IUD might screw with the balance of your hormones in the beginning stages. The amount of androgen, which is also called the "male hormone," gets slightly affected by the new secretion of hormones taking place. When that goes out of whack, the oil glands get overstimulated, which produces acne on your face.

A 2009 study showed that women who picked the Mirena were four times more likely to get it removed than those using a non-hormonal IUD due to the acne they had to deal with. Another study reported that 14 percent of women between ages 18-40 who had no prior dermatological issues got acne from the Mirena in the first three months.

In 1988, a study was published that focused on 117 women wearing an IUD and 100 women who weren't. None of them had preexisting issues with Candida colonization or yeast infections. In 20 percent of the IUD users, researchers found that yeast were "present significantly more often," compared to the six percent in the non-IUD women who started having more yeast.

It's possible for Candida cells to gather on different parts of the IUD, and the tail is an especially vulnerable spot for them to accumulate. The more it happens, the more likely you're hit with a yeast infection. However, there haven't been many studies recently on just how much danger you're in, plus, the string has since been made much more hygienic and less likely to contract bacteria.

Whatever doubts or questions you may have, as always, call your OBGYN and schedule an appointment to figure out which option is right for you.

Want to know more about IUDs? Check out Bustle's new podcast, Honestly Though, which tackles the topic in the episode below.