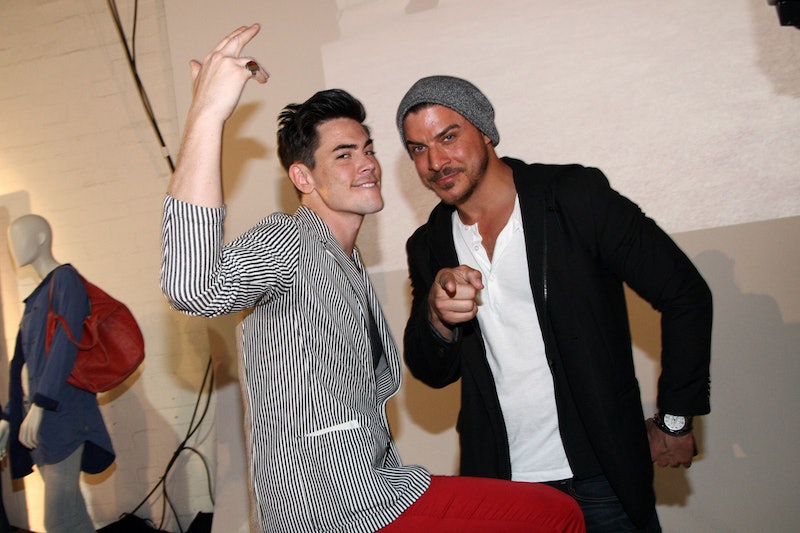 Vanderpump Rules, you're so vain. If you're an invested viewer of the Bravo reality series, then you know that the SUR employees really like themselves and think they are the hottest thing to have ever graced the network. Granted, it's great to possess confidence and love yourself. Heck, more people should. That said, the Pump Rules cast is way over-the-top when it comes to vanity. I mean, they even show it across social media. So, in light of that, I think it's time to check out some of the vainest tweets the Vanderpump Rules cast has posted.

Basically, I just made a lot of work for myself, because there are a lot of tweets to sort through. If you're a follower of the SUR-vers, then you know what I'm talking about. I don't think I've ever seen a group of people who tweet so much about their appearance.

I guess it shouldn't surprise me, when every new Pump Rules episode showcases the cast doing their hair, talking about how great they are, going under the knife for a new nose (again), raving about their modeling, acting, and singing skills, and having unfortunate tattoos removed from their butts.

And with that, I give you the Vanderpump Rules' cast vainest tweets.

1. That Time Kristen Copped To It

At least she admits it, and FYI, this is what Kristen is referring to when she says "post-accident."

2. That Time Jax Sculpted His Abs

I mean, going to the gym is just way too hard.

I get it. You're a reality star and can't help but post selfies now.

He once almost shaved his head, but couldn't do it thanks to Jax stealing his thunder. Can you imagine not seeing Sandoval straighten his mane?

5. That Time Katie Needed An Entire Month For Her Birthday

Stop pointing at yourself while you take a selfie. Everyone sees you.

7. That Time James Raved About His "Comebacks"

James, should you really be bragging about your behavior?

So, they only have similar profiles...?

9. That Time James Bragged About His "#BossLife"

I think he likes how his selfies turn out in his trailer, don't you think?

10. That Time Jax Posed On The Slopes

Do you think he got run over by other skiers?

12. That Time Kristen Called Herself An "Angel"

I have a feeling many disagree...

13. That Time Sandoval Didn't Really Want To Share This

I mean, it was "against [his] better judgment," but he just couldn't help but share.

And now for Lisa Vanderpump's reaction...