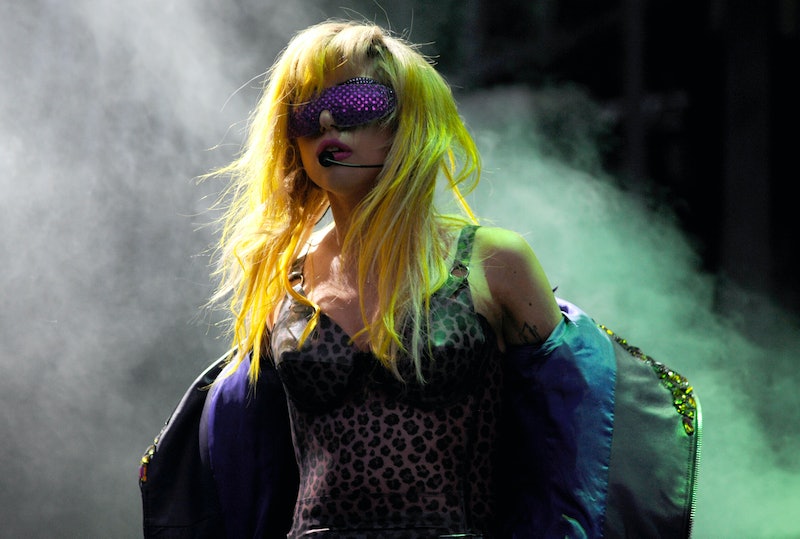 Wait, how did Lady Gaga get involved in a political debate about the hazards of marijuana? Well, Sen. Jeff Sessions (R-Ala.) used Lady Gaga as an example to illustrate the addictive powers of pot Wednesday, announcing during Senate Judiciary Committee hearing that Gaga was addicted to the drug and so it's not harmless. Sen. Sessions was trying to dispute the claim made by President Barack Obama in a recent interview with The New Yorker: Obama suggested that alcohol is more harmful than smoking marijuana, a claim which Sen. Sessions believes can hurt "the health of America."

I have to tell you, I’m heartbroken to see what the president said just a few days ago. It’s stunning to me. I find it beyond comprehension….This is just difficult for me to conceive how the president of the United States could make such a statement as that….Did the president conduct any medical or scientific survey before he waltzed into The New Yorker and opined contrary to the positions of attorneys general and presidents universally prior to that?... Lady Gaga says she’s addicted to it and it is not harmless.

Lady Gaga has spoken out about her dependency on marijuana, admitting she smoked roughly 15 joints a day before undergoing hip surgery last year. She managed to go cold turkey after staying at artist Marina Abromovic's house — imagine that sleepover! — and told Attitude magazine that she'd been smoking to cope with the pain.

Cannabis typically sees a lower addiction rate among its users than other drugs. According to a study by the Umbrella Society, substance dependence is around 70 percent more common among alcohol drinkers than pot smokers.

Billboards recently posted by the Marijuana Policy Project around MetLife Stadium in East Rutherford, N.J., home to the Super Bowl on Sunday, have also been supporting this claim, adding that smoking weed is safer than playing football. The group is also calling on the NFL to stop punishing football players for using marijuana, since the players aren't punished for drinking alcohol. NFL commissioner Roger Goodall also suggested this month that medical marijuana might be used to treat injured players in the future.

And this isn't the first time Lady Gaga's comments on marijuana have become center stage in the War on Drugs. William J. Bennett, former director of the Office of National Drug Control Policy under President H.W. Bush, cited Gaga's comments in a recent op-ed on CNN.com. And while it's unlikely that Ms. Gaga will be called up to Capitol Hill any time soon, the weight that her comments and experiences are being given — as the country scrambles to figure out how to approach the future of drugs — is surprising.

But with all the hubbub around a single women's drug use being dragged up before the government, we like to think that Gaga is taking it in her stride.