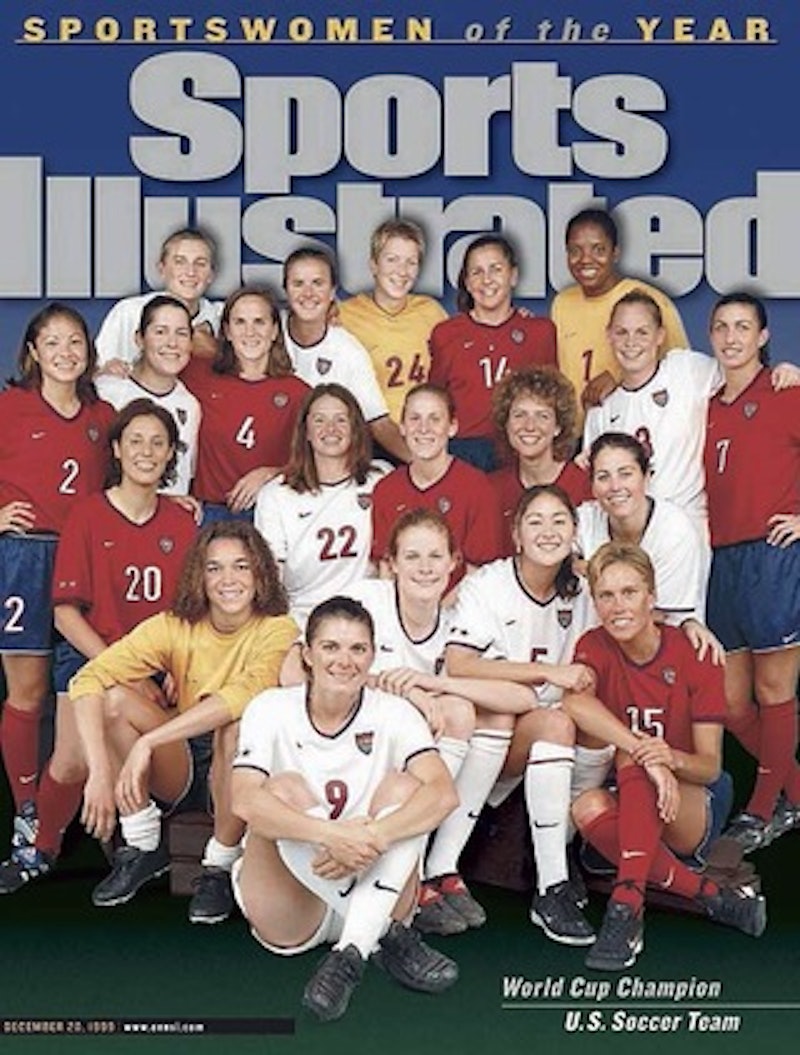 When you hear the phrase Sports Illustrated, you might think of the famed swimsuit edition. But as one of the largest sports publications to still print today, the magazine also deserves some credit for unique, innovative covers as well. Some of the most groundbreaking Sports Illustrated covers actually feature women, which is really rad, if a bit unexpected. These covers highlight everything from women in sports to diversity, making them memorable even years after they left the newsstands.

Ever since Sports Illustrated announced that the upcoming swimsuit issue would feature a groundbreaking swimsuitsforall ad starring models Ashley Graham, Philomena Kwao, and Nicola Griffin, as well as an editorial image of Graham, the excitement for the 2016 Swimsuit Issue has reached a fever pitch, even among those who normally couldn't care less. The magazine's content is slowly but surely moving towards becoming more diverse, especially in the area of representing women. If you take a look back at the history of the publication, you can trace this journey toward progress by checking out the cover images and how they have changed over time. Here are nine notable Sports Illustrated covers, featuring everyone from athletes to models.

These magazine covers without a doubt stood out from the rest, and are still being discussed for a reason!

According to The Atlantic, there were 14 women the cover of SI in the '50s and '60s, "many of them for sports that rarely make the covers of mainstream magazines today: fencing, horseback riding, and rock-climbing." The above image is one such example from 1955.

The first ever SI Swimsuit Edition was printed in 1964 and featured model Babette March in a rather sleek bikini. While times have definitely changed, this was likely considered pretty racy for the time period.

Pat Summitt, head coach of the Tennessee Volunteer's female basketball team, was featured on the cover of SI in 1998 after she led her team to 8 NCAA Championship titles. The magazine also named her sportswoman of the year in 2011 alongside Mike Krzyzewski, a Duke University coach, and Summitt was the first female coach to hold the title.

5. First Women's Team As Sportswomen Of The Year — December 1999

The U.S. Women's National Soccer team was featured in 1999 after they won the World Cup on U.S. soil. They were the first women's team to hold the Sportswomen Of The Year title.

As a part of the magazine's Olympic coverage during the 2004 games, which took place in Athens, Greece, SI featured the U.S. softball team on the cover. The team walked away with a gold medal, marking America's third consecutive win in softball at the Olympics.

Mo'ne Davis, at only 13-years-old, became a sensation at the Little League World Series back in 2014. Davis told people what it really means to "throw like a girl" and became a strong voice in a largely male-dominated sport. She was also only the 6th woman to be featured on the cover of SI that year.

Serena Williams was the first African American woman to be featured alone as the Sportsman Of The Year, and what a well-deserved honor. The American tennis player is not only a grand-slam regular, but is also outspoken in the best way. From the ornate throne to her sexy bodysuit and stilettos, this cover is a perfect representation of the athlete.