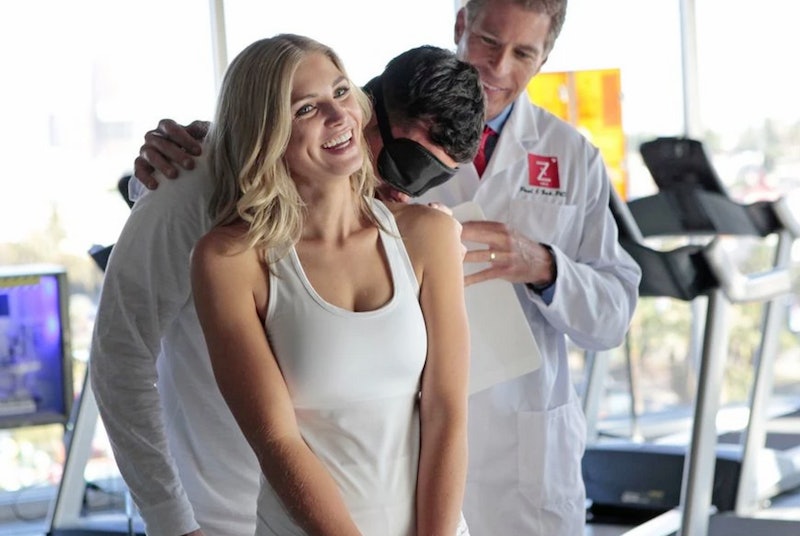 There is always at least one resident villain on every season of The Bachelor, and this season, that villain was Olivia Caridi. From the time she stepped out of the limo and snagged that coveted First Impression Rose, I had a feeling that she'd be one to watch, and I was right. From inspiring the birth of a million memes about her frequently open mouth to the stark contrast between who she was around Ben Higgins vs. who she was around the other contestants, there was a lot to talk about when it came to Caridi, and not all of it was nice. But underneath all the drama, I always suspected there was more to her than what we were seeing on TV every week. And now that she's been eliminated, Caridi is standing up for herself post- Bachelor , and after reading what she had to say, I think that maybe we were all too quick to judge her.

If you missed Monday's episode, Caridi's Bachelor career ended when, after a dreaded two-on-one date with Emily Ferguson, Higgins chose to send Caridi home.The last we saw of her, she was stranded by the ocean on an island in the Bahamas, and her luggage had been removed from the hotel the women were staying at. But on Wednesday, Caridi responded to her haters on Instagram, and her words prove two things: She has an excellent sense of humor and she didn't deserve to be bullied the way she was on social media.

Let's start with that first paragraph. Caridi the reality show character has been so batty at times that I automatically assumed she was being serious. At first, I thought, Is she seriously trying to say she had to sleep in a blowhole? Then, I realized, wait. She's joking. Olivia makes jokes! and now, I love it. If only she would have shown that side of her personality while she was on The Bachelor, she might have gained more fans. Because people who don't take themselves so seriously is a really endearing quality, but on the show, Caridi seemed like everything was serious to her. And of course, there's the chance she was also a victim of bad editing, too.

And now, the more important part: How she called people out for bullying her. There's no way anyone can be outraged by how Kaitlyn Bristowe was slut shamed on social media during The Bachelorette and not also be offended by the way people have talked about Caridi. If you've been keeping an eye on Twitter on Monday nights, you've probably gotten a taste of what people say about Caridi, and it can be pretty nasty. Offering up funny and mocking commentary on a reality show is one thing; being deliberately mean is another. Yes, Caridi did some pretty outrageous things herself, and when she made that Teen Mom reference to Amanda it was pretty horrifying. But is the best solution to then continue the chain and be mean to her? Probably not.

It's awesome to see that Caridi is keeping a good sense of humor about the situation and also communicating an important lesson on bullying. But now that The Bachelor is over, I think she'll be fine. And as for me? I'm already missing her drama. Say what you want about her, but she was so entertaining!

For more Bachelor information, check out Bustle's Will You Accept This Podcast? stream below.