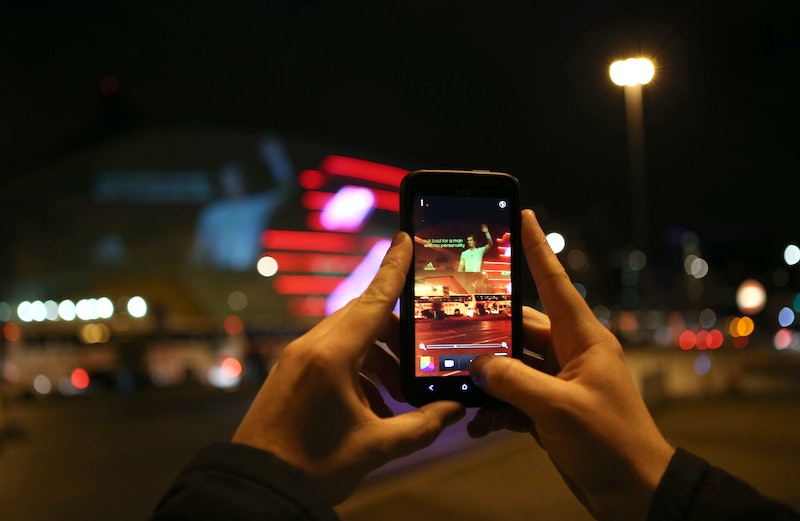 A new study shows that we're obsessively checking our phones — some of us every minute of the waking day. Eighteen to 24-year-olds surreptitiously whip out their cell phones at a rate of every nine minutes and 50 seconds, according to a new study by Kana Software. One in 20 even checks their phone every minute of the day. If this sounds like you, put the phone down, back away, and read on.

The study, which surveyed 2,000 people in Britain, found that the older you are, the less you check your phone. Thirty-five to 44 year-olds snuck a peek every 21 minutes; 45 to 54 year-olds every 36 minutes; and 55 to 64 year-olds every hour and a half. The number of channels used for electronic communication also decreases with age: 18 to 24 year-olds used 8.4 methods for communication, while seniors used 6.2 channels.

But as cell phone usage is increasing, so are the number of studies uncovering the damaging side- effects linked to our addiction to our devices. Besides the obvious findings that texting and talking while driving are extremely dangerous, a recent study says we shouldn't check our cell phones at night as it increases stress, drains our energy, and makes it harder to sleep. High rates of cell phone use could also lead to high anxiety and poor GPA performance, another study posits. Cell phones are also linked to stressed-out spit, cancer, and damaged semen.

Over 91 percent of adults in the U.S. now have cell phones, which are the most quickly adopted consumer technology in the history of the world, according to Pew Research Center. Sixty-three percent of adults use their phones to go online, and for some groups, including low-income Americans, it's the primary way of accessing the Internet.

Perhaps this study will frighten you into putting your phone in a drawer for at least an hour, but, somehow, we doubt it. Take it away, Mama June.