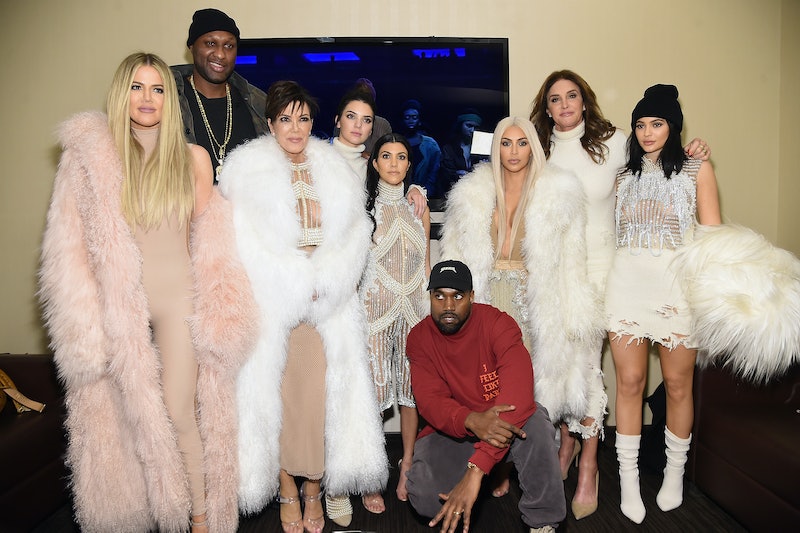 Yeezy Season 3 just cruised into New York Fashion Week. But I am already thinking about Yeezy Season 4. Earlier in the week, the rapper and designer tweeted that Season 4 would be a children's line and that he would be working on that full time. I couldn't help but think this particular tweet was "West in jest." But you never, ever know for sure with him, since he constantly changes his mind about major endeavors. I mean, how many different titles did his new album The Life of Pablo have prior to release? Like four or five? So we'll see about Yeezy Season 4 being all kids. That said, I am also wondering if Season 4 will be find West collaborating with a major designer and there's a specific reason for that that train of thought.

West's wife Kim Kardashian shared an Instagram photo of her family dressed in their fluffy, white NYFW ensembles. She revealed the pieces were "Balmain for Yeezy" and that West jetted off to Paris to work with Balmain's Olivier Rousteing a week ago and the klothes were kompleted in just five days.

The collabo is nothing if not memorable and proves West can play nice with others for a greater good. In this case, fashion.

Here's Kim's post, revealing that the Kardashian uniforms were crafted by West and Rousteing. The pieces were custom so they likely won't be manufactured and sold as part of Yeezy Season 3, although anything is possible. Still, it begs the question: Will this creative collabo continue for Season 4?

Will West and Rousteing finish what they started and make more pieces that will be available for purchase? It feels like they only touched on something really amazing and that has way more potential. They need to further flesh this out, right? Maybe this was a test run that needs to be fully developed?

Or will West team up with a completely different designer or brand for Season 4? West reportedly said he wants the gig as Creative Director at Hermes at the Season 3 show.

The rapper did tweet this graphic, perhaps suggesting he wants this gig next year, even though the position is already occupied. It's highly doubtful that Hermes x Yeezy would happen. But I would love to see more of West x Rousteing x Yeezy x Balmain. Then again, West could completely stay solo in for Season 4.