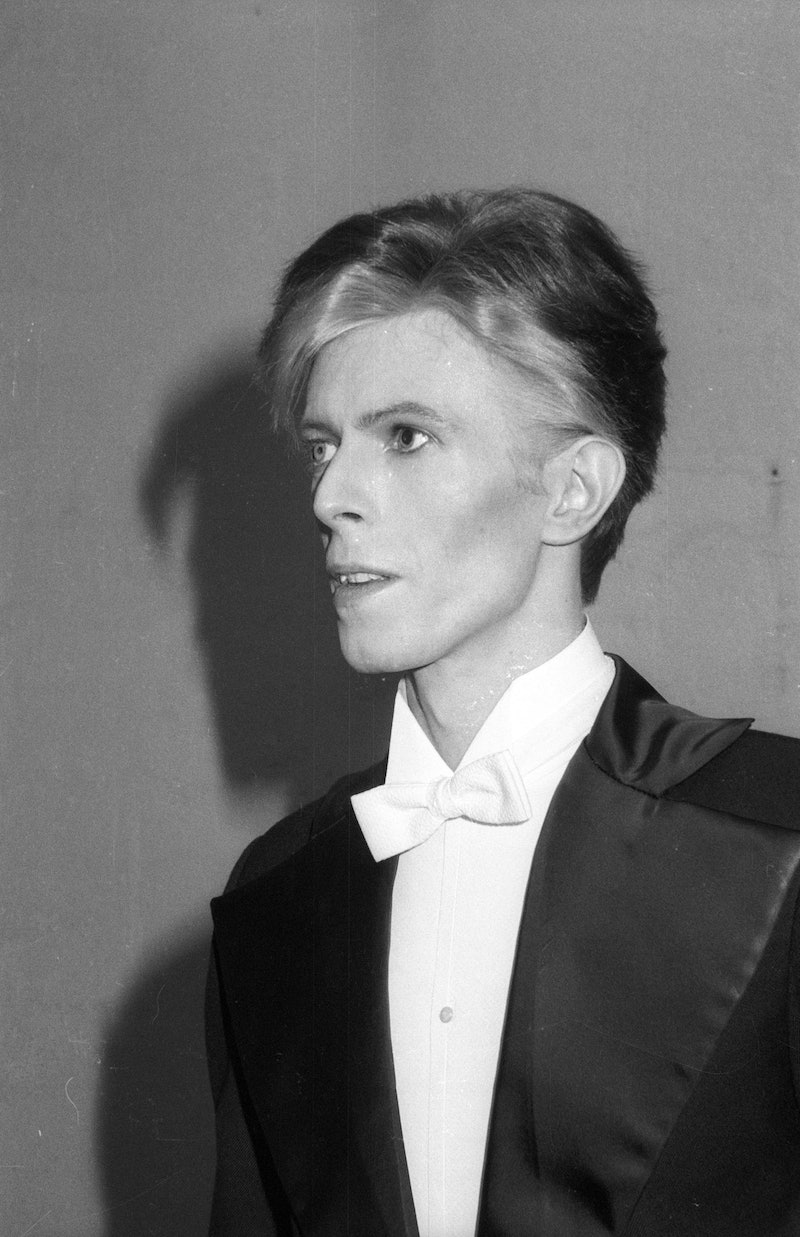 With the 2016 Grammys set to basically be a remembrance service to David Bowie — I'm sure I will remember it as such after Lady Gaga and Nile Rodgers' tribute performance — looking back at Bowie at the Grammys is a must. What was Bowie's most iconic Grammys outfit? How many Grammys did he win throughout his career? Wait... why did Bowie only win one Grammy ever? Regardless, can anyone ever beat Bowie in icon status?

The Starman was known not just for his incredible musical legacy — or his role in Labyrinth — but for his remarkable, fashion-forward style. The king of androgynous ensembles as well as the king of the goblins, Bowie inspired generation after generation and he will never be forgotten precisely because of that.

So when it comes to deciding on this star's most iconic Grammys look, the phrase "too much choice" springs to mind. How can one possibly pick the best look out of so many, or at least the one look that best represents David Bowie as many of us remember him? Surprisingly, simplicity was the key to this one.

David Bowie's appearance at the 1975 Grammys was always going to be iconic regardless of what he was wearing. A long, cocaine fueled speech before giving Aretha Franklin her Grammy award for best R&B Vocal Performance went down in history well before his death. Regardless of what drugs he was taking and whether or not Franklin made good on her promise for a kiss, Bowie still looked impeccable.

From his iconic orange hair to the perfect tuxedo to those eyes, it's all too much. This outfit is undeniably Bowie, because it highlights all the beauty, cheekbones, and eccentricities that he exuded naturally, regardless of what he was wearing. Looking back on the night, record producer Clive Davis remembered Bowie as “a vision in an incredibly elegant tuxedo with white tie and his eye-catching shades of orange and yellow hair," Yahoo! Music reported.

What the 2016 Grammy tribute will be remembering is the David Bowie who could have worn a bin bag and still changed people's lives. What I will always remember of Bowie is that feeling of being understood, simply through hearing the opening bars of Life On Mars. His legacy is so much more than his outfits.

As outlandish as the choice for his most iconic Grammys outfit could have been, I feel that this one is the most appropriate: A tuxedo that framed the complexity and beauty of a man who had just released Young Americans and still had 18 albums left to deliver. An orange-haired Brit who stole the show with a silly speech and who would continue to steal the show for the rest of his life.