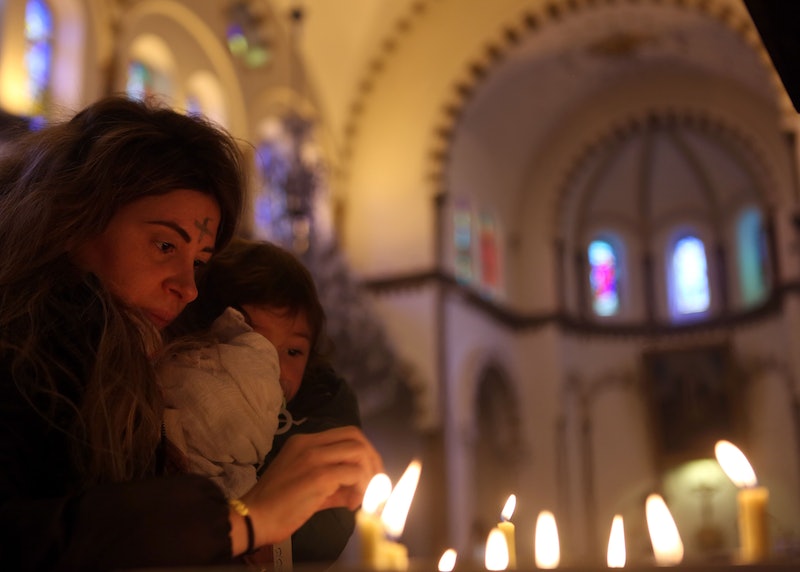 With some traditions, religious or cultural, people participate without knowing exactly why they're doing what they're doing. Because I'm not Catholic, I turned to my friends who are, to ask them why people give up meat for Lent. Turns out, they weren't too sure, either. There was some talk about sin, abstinence, self-denial, the fishing industry, Jesus in the desert, penitence, spirituality, the scripture, a lax pope in the '70s, and health risks relating to the quality of meat available. What I find most interesting however, is that despite the fact that most people I spoke with were not entirely sure why they do it, they all participate in abstaining from meat on Fridays during Lent, nonetheless.

Despite my urge to Google my way to some answers, I decided to call a lifeline — I actually know a priest-in-training. Because he's in training, he's in that informational sweet spot where the historical context of these traditions are still fresh his recent education, but contemporary society is also close enough to him to help him understand the modern realities of the historical expectations.

So I asked him, "Why do people give up meat for Lent?" and, as with any religious question, the answer is pretty complicated. There's the old school (pre-1970s) version of Lent, and then there's today's version of Lent, as is widely observed by the United States. Here, I'll break them down separately:

For hundreds of years, Lent was seen as an opportunity to show homage to Jesus Christ during the time he spent in the desert before his death. So for the 46 days before Easter, Catholics would fast. Fasting meant different things to different communities. Some allowed themselves one meatless meal a day, while others ate but abstained from meat on Wednesdays, Fridays and Saturdays. Meat was a key food to abstain from, mainly because it was considered much more decadent that it is now. It was more expensive and not nearly as accessible, thus it was preserved for celebratory meals and holidays and not considered appropriate to be consumed during Lent.

Seeing as fasting during Lent is not a suggestion of the scripture, rather a man-made concept brought forth by the Catholic Church, it is not considered a sin if a member of the church does not abide. As the food industry and farming has changed drastically, many Americans choosing a plant-based diet for non-religious reasons, abstinence from meat is no longer a severe concept. However, in most contemporary Catholic churches, it is encouraged that the community abstain from meat on every Friday during the period of Lent in order to feel closer to Christ, who died on a Friday. In terms of Lent, fish are not considered to be meat — they are seen as less of a celebratory dish. The lasting concept is that if Jesus gave up his body (his flesh), Catholics can give up flesh (red and white meat) a few Fridays before his resurrection, to show respect commitment to the church. Catholics are also encouraged to attend mass regularly, practice forgiveness and show kindness, especially during these holy days.