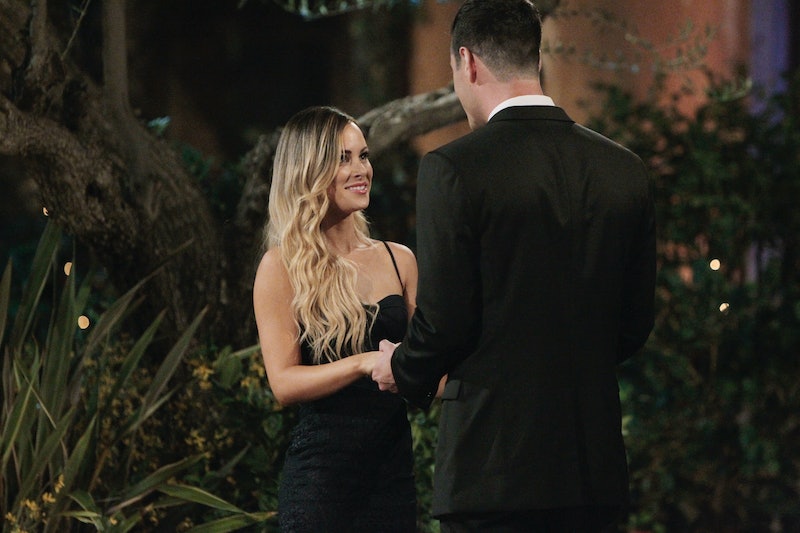 In case you haven’t seen the epic teaser trailer that may or may not spoil the end of The Bachelor season yet, let’s quickly recap. Amid the tears, Ben Higgins reveals he’s in love with two women. He sends one away in the limo and realizes that he’s about to propose to the wrong girl. He then decides he’s going to call a woman who he sent away back. Whew, talk about dramatic. See, this is what happens when you bring in Jason Mesnick at the beginning of the season to dole out relationship advice. Just kidding… kind of. In any case, it's possible that Ben lets mother-of-two Amanda Stanton go too early and that she might be the one he regrets losing. But let’s analyze.

You can tell that he’s got a strong relationship with Amanda. They had an adorable hot air balloon date in Mexico City and sparks have been flying ever since. She’s a sweetheart who loves her two daughters more than anything else in the world. So what if Ben loves her, but lets her go early to head home to her children? It wouldn't be totally out of character for Ben or the series itself, if, when he meets her daughters, Ben becomes worried that he's keeping her from her family and sends her home to be with her kids. That'd be an easiest enough mistake to make on a show like this. You can picture it, right? Obviously, we won't know until it happens, but there is a chance the girl Ben let get away is Amanda. And I’m sticking with that theory… for now.

However, if this is the case, Ben was right to let her go. I don’t see a relationship between the two of them lasting and I’ve come up with some reasons why.

Her Children Need A Father Figure

Amanda has two kids. That’s a lot to take on and Ben is a young guy who loves traveling around the world. If he stayed with Amanda, he would have to be ready to give up things to become a father. Even if he loved her, he’s a bit young to make a decision like that so quickly. I don’t think Ben is ready to be a step dad, even though her kids are the most adorable children ever.

Women mature faster than men. It’s science. Amanda is a 25-year-old mother who’s got her life together. She has a job, a home and has made a comfortable life considering how fast she’s had to grow up. Ben is older than she is, but she appears to be ahead in the adulthood game. Basically, Amanda needs someone who's more ready to lead a very adult life.

Amanda May Be The Perfect Bachelorette

We know she makes it to hometown dates from the previews, but where she goes beyond that is a mystery. At this point, knowing she’s in top four means she very well could be the next Bachelorette and I wouldn’t be opposed to it. Amanda deserves to find a good guy.

They Love Their Hometowns

Amanda is obsessed with the beach. She loves everything about it and has lived on the beach her entire life. You know which state doesn’t have a beach? Colorado. Do you know what Ben loves so, so much? Denver, Colorado. Ben is also obsessed with his home and if he’s not in Denver, he would be in Indiana with his family. I can’t imagine either of these two giving up the place they love so much to be together.

Let’s face it, Ben is a little basic. I love him, but you could walk into a bar in Denver and find like 10 Bens chilling there. So it’s obvious that he needs someone on his level. (Ahem, Lauren B.) Amanda has kids; she's been through a divorce; and dealt with a lot in her life already. I don’t think Ben could handle the complications that come with Amanda.

So even if she is the one that got away, I think best if it stays that way. Sorry, Ben.

More like this
'Bachelor' Star Cassie Randolph’s Sister Is In The 'Yellowstone' Spinoff '1923'
By Grace Wehniainen
The Bachelor’s Christina Mandrell Comes From One Of Country Music’s Most Famous Families
By Brad Witter
This 'Bachelor' Contestant Already Has A Lot In Common With Zach
By Grace Wehniainen
A Guide To All Of Zach Shallcross' 'Bachelor' Filming Locations
By Brad Witter
Get Even More From Bustle — Sign Up For The Newsletter
From hair trends to relationship advice, our daily newsletter has everything you need to sound like a person who’s on TikTok, even if you aren’t.