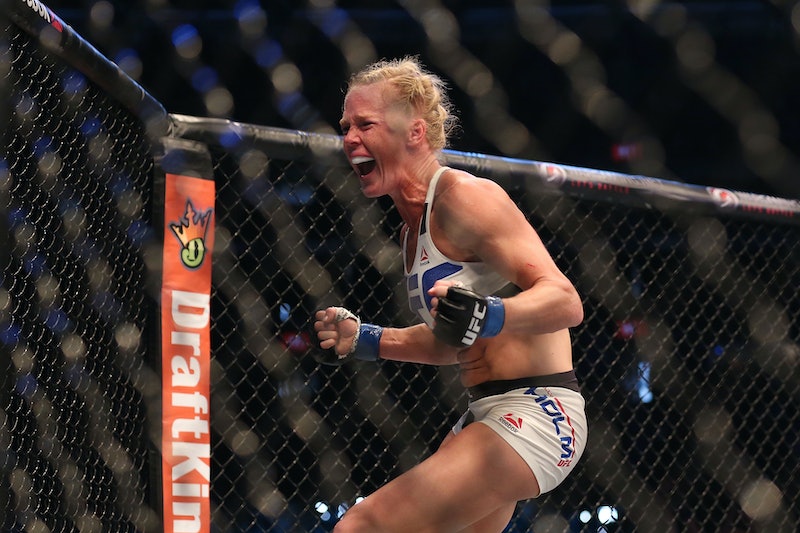 It's like clockwork: Every year, the Sports Illustrated Swimsuit Issue is released — and every year, the Internet is unprepared. I'm not saying this is a bad thing. Sports Illustrated clearly knows how to break the Web, and I give the publication props for surprising us even after we think we cannot be surprised anymore. Even though the Swimsuit Issue has been around since 1964 — you know, before the Internet — it's obviously the magazine issue that keeps on giving, shocking, and confusing.

But, you know, seeing the Internet break is half the fun of this cover coming out.

That's exactly what happened on Feb. 14 when Sports Illustrated announced that its 2016 Swimsuit Issue would be covered by not one, but three women. Plus size model Ashley Graham, mixed martial artist Ronda Rousey, and straight size model Hailey Clauson. It was an unexpected choice, considering both Graham and Rousey break the mold for conventional beauty (the kind of conventional beauty the Swimsuit Issue loves to perpetuate) — making the covers totally badass.

When the covers hit the World Wide Web, fans immediately took to social media to share their reactions to the covers, the cover stars, and the highly-anticipated issue itself. As per usual, Twitter was the hub for most of these reactions, and where many of the truly gold sentiments could be found.

Here are some of the best Twitter reactions to the 2016 Sports Illustrated Swimsuit Issue.

1. All Hail The Curves

Ashley Graham is one of the longest-running plus size models in the industry, and celebration for her badass self, her badass curves, and that unapologetic realness was, well, real.

This year, we're celebrating strength and character more than convention.

Hailey Clauson is the most "traditional" model of the bunch, but her personality and talent as a model shine through on her SI cover.

It's obvious that Twitter is digging the cover stars. And why shouldn't that be the case? The diversity shown in these three images is so much more than that which we've been presented with since the publication's inception. The times, they are a-changing.