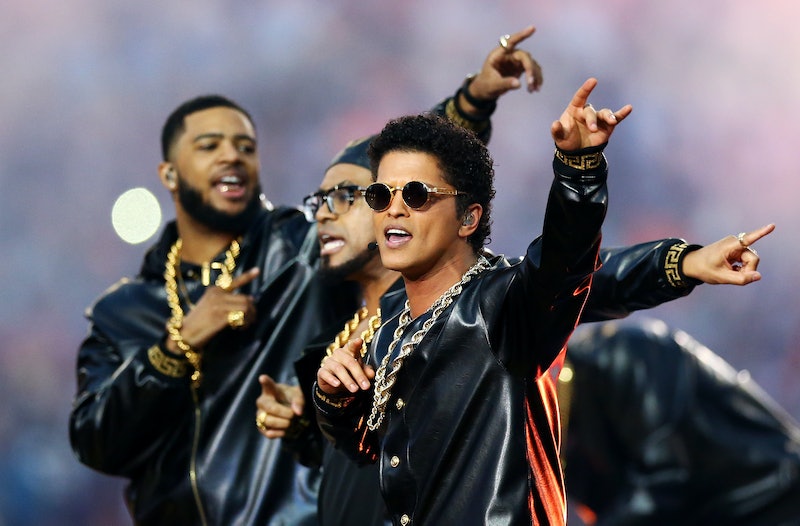 The Grammy Awards' Record of the Year is a tricky category since Song of the Year also exists. While the distinction between the two categories confuses me every Grammy season, it was not confusing or surprising when Beyoncé announced that "Uptown Funk" won Record of the Year at the 2016 Grammys. Although Mark Ronson and Bruno Mars' megahit faced some stiff competition with "Really Love" by D'Angelo and The Vanguard, "Thinking Out Loud" by Ed Sheeran, "Blank Space" by Taylor Swift, and "Can't Feel My Face" by The Weeknd, "Uptown Funk" epitomizes the category criteria for Record of the Year and deservedly took home the Grammy. (Though for the record, I still must say it was blasphemy — blasphemy! — that "Hotline Bling" by Drake was not included because of it not being submitted to the Record of the Year category.)

Although Beyoncé's release of "Formation" and the announcement of her tour were the most talked-about moments of the Super Bowl 50 halftime show, Bruno Mars' on-point performance of "Uptown Funk" brought his song with Ronson rightfully back into the spotlight — conveniently just before the Grammys. Since Record of the Year recognizes the artist along with the producer and recording engineer/mixers, and Song of the Year just recognizes the songwriter, it makes perfect sense that "Uptown Funk" won. Consider the fact that Ronson is the first artist credited on "Uptown Funk" when he isn't the singer. It just goes to show how integral Ronson is to the song since artists who work with him are willing to be second billed to him due to his co-writing and producing skills. (Plus, Ronson played and wrote the guitar for the song.) No other producer's presence in the Record of the Year category was felt as strongly as Ronson's on "Uptown Funk."

While "Uptown Funk" may have won, that doesn't mean that the four other nominees still aren't some of the best songs released off of albums from Oct. 1, 2014 to Sept. 30, 2015. But only "Uptown Funk" has the bragging rights to say it won Record of the Year — and the status of most-played song at my upcoming wedding reception.