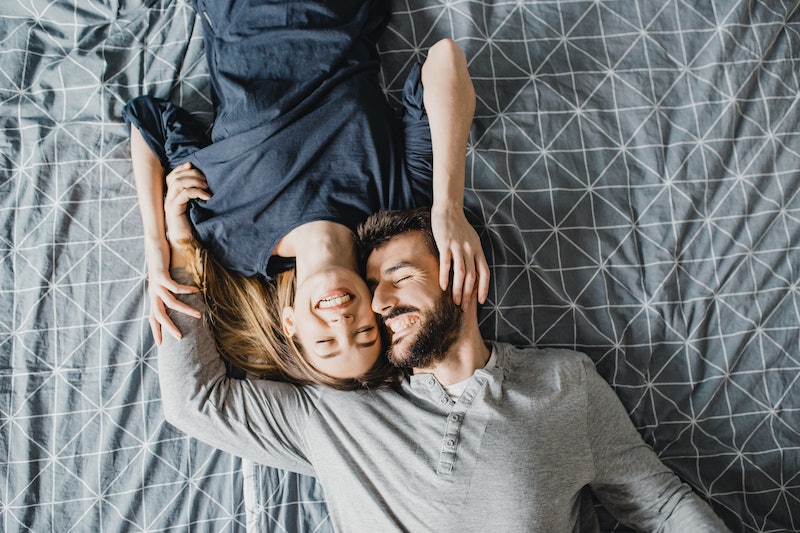 The longer you are in a relationship with someone, the less verbal communication you need. Because at a certain point, you and your mate can read each other's minds. It's pretty wonderful, because it's like you're in your own little world, and it simplifies everyday life by a whole lot. And not only does it make things easier, it's also incredibly rare to be that in-tune with another person that you don't even need to speak in order to understand each other. It's something to be cherished and very much appreciated.

Some might think that this is a downside to having a long-term relationship. If you can read each other's minds, doesn't that mean that your love has reached a stage of predictability? Leaving you both in a state of dull love, lacking thrills and surprises? I would say no, because even though you can understand the way your mate thinks and reacts to certain things doesn't mean you can't still surprise them with spontaneous romance. More than anything, this skill solidifies that what you have is a healthy, balanced partnership — which is the goal in seeking that "forever" kind of love. So, here are all the wonderfully romantic times you and your mate can read each other's minds.

1. When you're both hungry

This can be prompted by an audible stomach growl, or just being on the same eating schedule. But all it takes is a look and you both know it's time for food.

2. When you're with a couple who's fighting

Is there anything more awkward than being on a double date with a couple who fights in front of other people? Since you are not the couple bickering, you feel a sense of pride in the strength of your relationship, and your significant other feels it too.

3. When it's time to leave a party

This look will be an equal mix of a pout and eye-roll indicating that the fun has left the building, and it's time to call it a night.

4. When you remember a movie or TV quote at the same time

You've probably seen a lot of movies and shows with your SO, and your brains will be in sync when a reference to a sitcom or hilarious movie pops up. You'll glance at each other excitedly, recite the quote at the same time, and share a giggle that no one else will understand. Magic.

5. When you're at a restaurant, and the group next to you is way too loud

You'll look at each other all like, "Ugh, these youths need to take it down a notch." And then smirk at the fact that you two are grown-ass adults who can throw back the booze and food without getting rowdy and obnoxious.

6. When your dog or baby does something insanely cute

I understand that babies and dogs are different, and babies require more care than dogs. But once you and your SO share the responsibility of keeping a living creature alive, you will have the same reaction when that creature does something adorable. It's a sense of pride and overwhelming love for this cute little being you are both raising.

7. When an actor in a movie is vaguely familiar, and you're trying to figure out what else you've seen him/her in

Both of you will have the moment of recollection, and you'll start going through your mental IMDB to determine what else said actor has been in. It's usually a race to see who can remember first.

Your nurturing instincts will kick in when your partner is under the weather, even before they say the words. You will cover them with a blanket, make them soup, and let them rest before they ask you for any of that, and vice versa.

9. When you get in a fight over something stupid, and you both feel bad

The look you two share will be part regret, part laugh at how dumb that fight was, and part, "I love you, let's never do that again." Then you'll promptly have stellar makeup sex. This is all without talking. I mean, what more do you need?

10. When you're both hungover

Oh, the shame. Oh, the pain. Oh, the need for greasy food. Being hungover sucks, but being hungover with the person you love, who feels and needs everything you need, is actually a lot of fun.

11. When you eat something amazing

The look of total satisfaction and contentment after taking a bite of something delish. It's often followed by groans, moans, and "mmm hmmm"s in agreement. That's all the talking that happens until the plates are clean.

12. When someone says something ignorant and offensive

What an awful moment that is, when someone utters an offensive joke or comment. But you and your partner glance at each other in shared disgust, one of you gestures to the bar, and you both happily exit the company of the idiot before things get worse.

13. When you both need to get laid

You know the look. You feel the need, you look at your mate, they look at you, and you both pounce. It's rad.