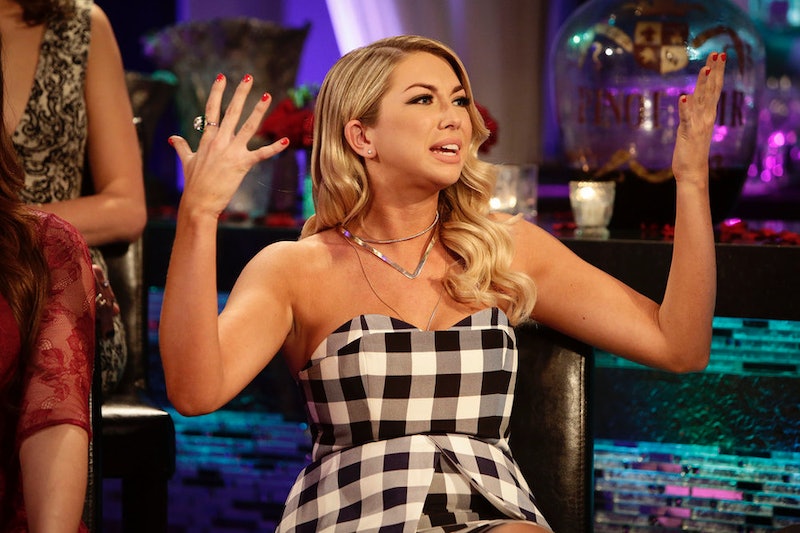 The ecosystem of Vanderpump Rules is probably a hard one to understand for people who don’t watch the show. There’s so much fighting, drama, and sniping behind each other’s backs, only to have everyone who was fighting make up the next day and then gang up on another unsuspecting person. When I saw that Stassi was coming back to Vanderpump Rules halfway through Season 4, my drama-meters went way, way up. There had been plenty of problems on the show without Stassi, but with her? Drama could go up to DEFCON 5. Luckily, it hasn’t been that bad with Stassi back, and she seems to be nurturing some of her relationships. With that in mind, are Ariana and Stassi friends after Vanderpump Rules ?

After looking through both of their social media accounts, I don’t think they’re not friends, but I don’t think they really arefriends either. You see, Stassi is definitely best pals with Kristen Doute again, and Kristen and Ariana do not get along, because Kristen basically said that Ariana should get hit by a truck. Why? Because Ariana is dating Kristen’s ex, Tom Sandoval. While Kristen has gone on an apology tour for her behavior about all of that, Ariana wasn’t really feeling the mea culpas and told Kristen to leave her alone. Fair enough, right? But because Stassi and Kristen hang out all the time, I doubt that Stassi and Ariana would also be hanging all the time. They run in the same pack of SUR-vers, however, it doesn't seem like they’re choosing to spend time together as BFFs. Here’s a look at what they’re doing instead.

Ariana Is Hanging With A Muppet

Ariana and Tom did Watch What Happens Live recently. While it’s exciting to be in the presence of Andy Cohen, it’s even more exciting to be taking a selfie with Miss Piggy.

Some women want chocolate, and some women want world domination. We know which one Stassi is — what kind are you? Personally, I would like to have both. I don't see why I can't.

Ariana Is Going On Adventures

Ariana and Tom recently took a trip to Costa Rica, where they sunned themselves, ate on the water, and zip lined. How awesome does this look? BRB planning my next vacation.

Stassi Is Partying With Kristen

Per this caption, sometimes you hit “rock bottom” and you need to do ski shots with your best friend. It happens, you know? Stassi seems like she’s getting through it.

All in all, Stassi and Ariana seem like they’re living pretty good lives. They may not be hanging out together as best friends, but they are hanging with similar circles and being the queens that they are. That’s good enough for me. Maybe one day they’ll graduate to being buds who gang up against someone else — you just never know on Vanderpump Rules.