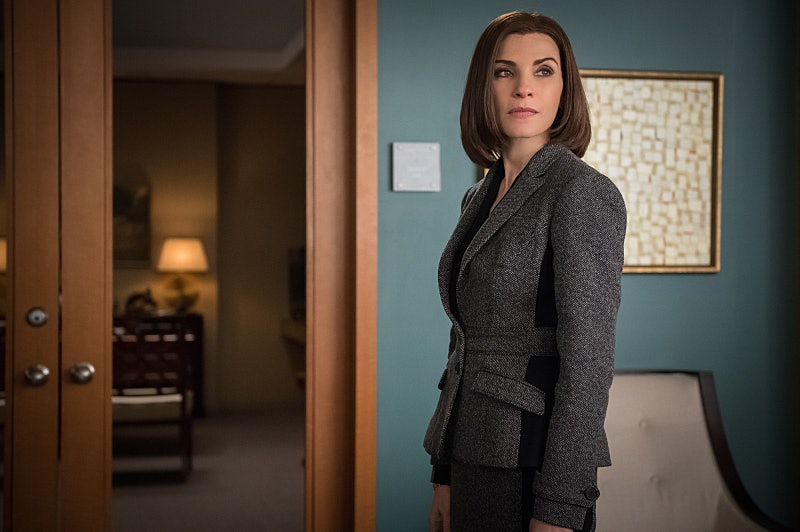 Roland Hlavin, the agent who went undercover in Bond Court and was represented by Alicia in his attempt to catch the judge taking a bribe, is back on the scene, and he has a brand new cover. This time, Hlavin introduced himself to Marissa Gold, Eli's daughter, as a computer student looking for a date. Over the course of their lunch date, Hlavin started asking about Marissa's father and her work with Alicia. Not one to be taken advantage of, Marissa quickly turned on the recording app on her phone and recorded the entire date before promptly bringing her information to her father. Marissa also managed to get a photo of her mystery man, and Eli quickly identified him as FBI Agent Hlavin.

At first, Eli seemed worried that Hlavin was asking questions about Alicia, but Marissa assured him that Hlavin's questions were more focused on Eli and his relationship with Peter. Later, when Ruth Eastman dropped by Eli's office with a Grand Jury subpoena from the FBI, Eli realized that the FBI investigation isn't about Alicia, but about Peter. Ruth and Eli agree: Peter has a target on his back, and the FBI is coming for him.

In a strange turn of events, Ruth decided to take this information and go straight to Alicia. The episode ended with Ruth cautioning Alicia against sticking by her husband, telling her, "No question Peter loves you, but he can hurt you, drag you down... Cash out while you still can."

Whether or not Alicia will take Ruth's advice remains to be seen, but she's stuck with Peter all these years. Why would she abandon him now?