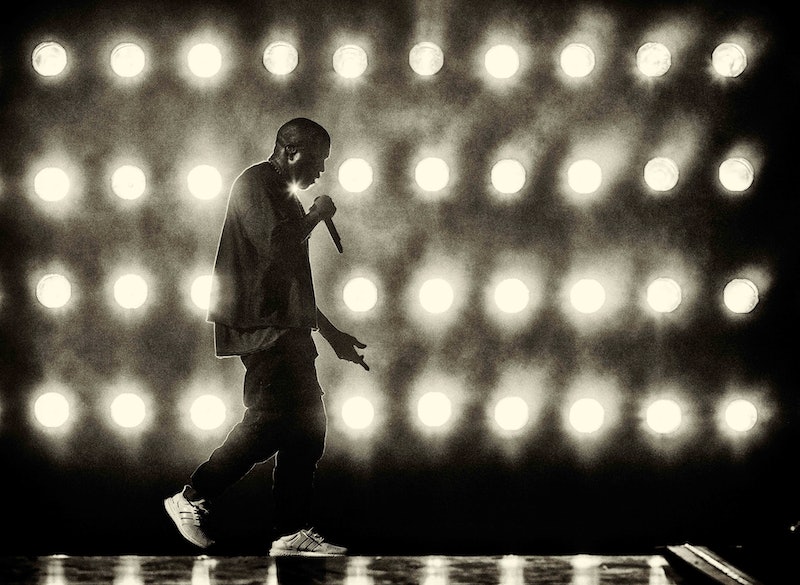 I know it's early, but I've already decided what I'm asking for for Christmas this year — artists to stop trying to get me to download Tidal. Like Kanye West, for example. Why can't you just tell me when The Life of Pablo will be on iTunes, instead of pointing me toward this entirely new streaming platform that I'd have to pay to be a member of? Sure, one day I'll probably give in and shell out, but it'll be for a Beyoncé, if I'm being honest, not for an album that was being tweaked and renamed up until pretty much the day of its release. Just saying. Update: On Monday evening, Kanye tweeted that The Life Of Pablo will never be on iTunes. He wrote: "My album will never never never be on Apple. And it will never be for sale... You can only get it on Tidal."

Earlier: And maybe you've already been swept away by the Tidal wave (are people saying that? am I cool?), and this isn't a factor for you, but surely there are still some holdouts like me. Right? People wondering when they'll get a chance to spend their hard-earned money on what we're being told is the greatest album of all time? After all, it's not like I'm asking when it will be on Spotify. I'm not trying to listen to TLOP for free, you know? I just don't want to have to delete all my photos and voicemails in order to download another app to my phone that I don't need.

But the answer to the question of when The Life of Pablo will be on iTunes could be better, and it could be worse: it'll be about a week. The day of the album's release, in the early hours of Feb. 14, Kanye tweeted the following:

So, assuming there aren't delays, and Kanye doesn't change his mind, we should be looking for TLOP on iTunes right around Feb. 21. If you can wait that long to be culturally relevant, godspeed to you, otherwise you can bite the bullet and buy The Life of Pablo for $20 on Tidal right this very minute.